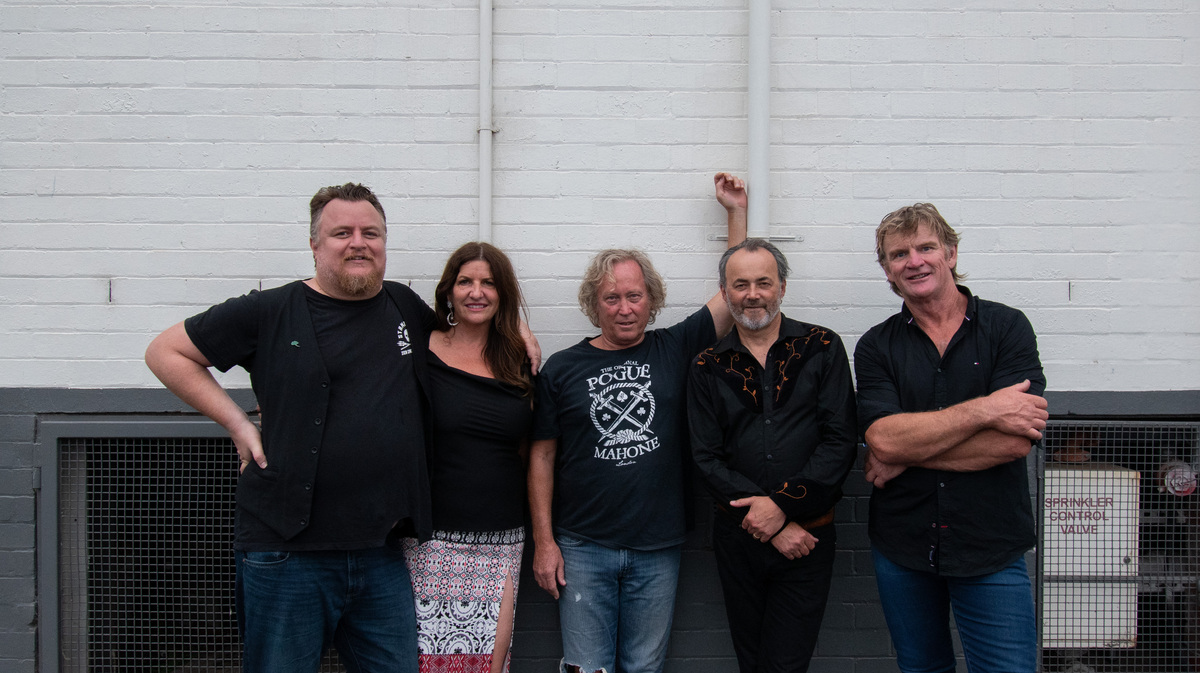 Tasmania-via-Melbourne songwriter Van Walker’s moved to the coastal climes of Geelong a few years ago. The move saw him teaming up with local Irish scallywags The Ferriters, who built a loyal following at bars and festivals around the country and grew to include the likes of Greg Field on fiddle, Dan Musil on dobro and Michael Barclay (Paul Kelly & The Coloured Girls/Weddings Parties Anything) on drums.

Before heading off to tour Ireland in August they launch their album Greetings from Newtown Geelong, celebrating a swag of new Van Walker originals in the tradition of the jigs and raves of times past when pubs were boozy taverns filled with singing and dancing!

Joining them will be the wonderful Stefanie Duzel