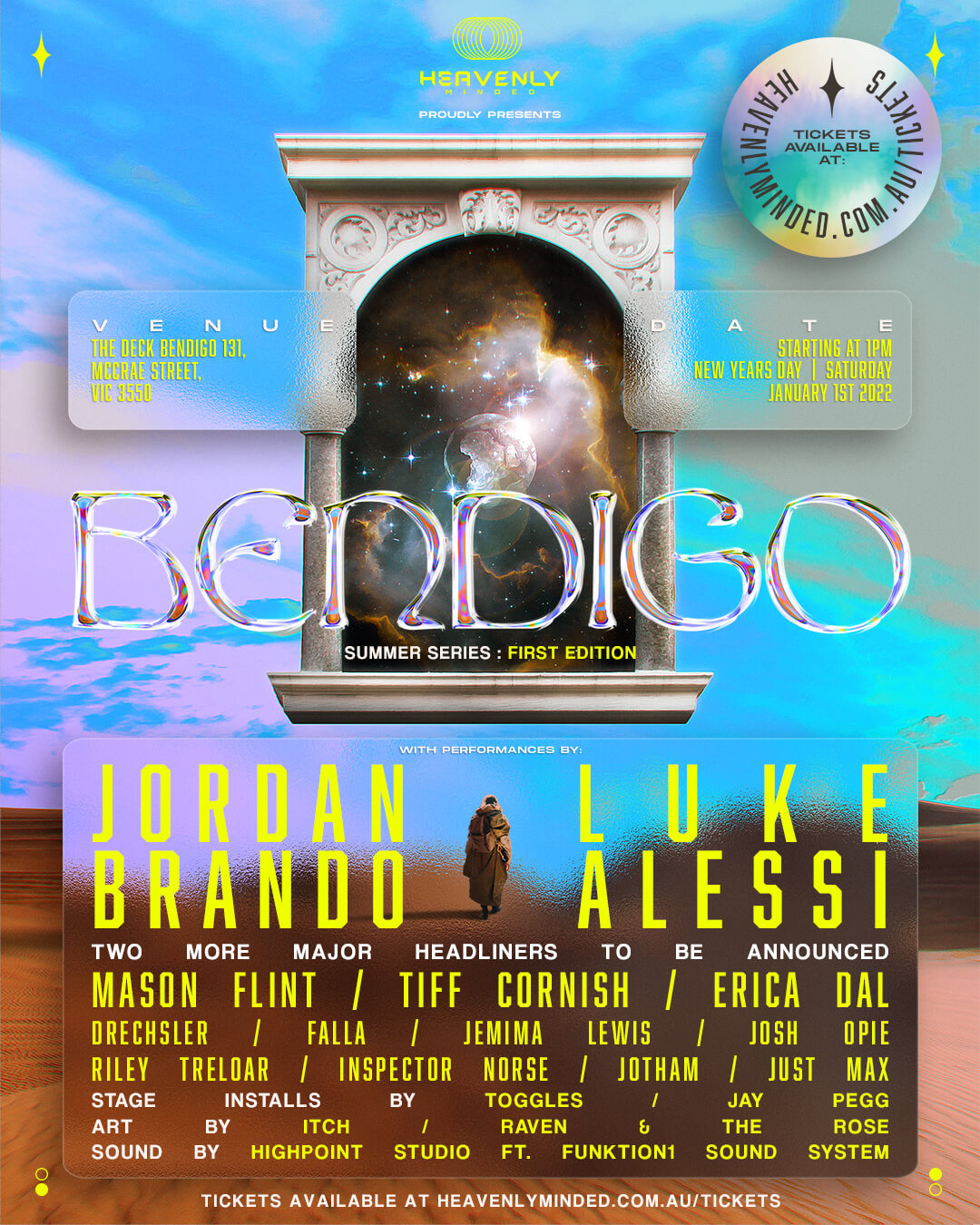 Presented by artistic music event management Heavenly Minded, the New Year’s Day event will turn The Deck, Bendigo on its head. Featuring nationally renowned DJ and producer, Jordan Brando who is delivering his own sellout Untitled Day Party, and has performed for festivals including Beyond the Valley.

One of Australia’s budding new exports, Luke Alessi, will join the lineup, whose unique sound and remix of Lastlings’ track ‘Deja Vu’ sparked praise and gained support from leading producers both locally and internationally.

Ably supported by a whole host of talent, audiences can expect to groove right into the night to supporting DJ/Producers including Tiff Cornish, who has supported acts such as Dom Dolla, Hayden James and Rebuke with her blend of deep house and techno. Erica Dal has been making waves through Levels Entertainment, supporting Choomba on their most recent tour. Last but by no means least is local lad Mason Flint. Whose production is hitting hard with over a million streams in just over a year.

With live performances from Bendigo’s new rising star producer Drechsler. Along with your favourite home grown talent including Falla, Jemima Lewis, Josh Opie, Inspector Norse, Riley Treloar, Jotham and Just Max. This will be a day to remember, and all experienced through the peerless Funktion1 Sound System supplied by Highpoint Studio. Stacked custom bars will be on offer with drink specials brought to you by award-winning local distillery Mountain and Castlemaine’s very own Love Shack. Unique art installations will be curated by multi-disciplined visionary artist Itch. With experimental botanical styles from Raven & The Rose. Stage design created by Toggles of Esoteric and Rainbow Serpent fame, along with input from artist and co-founder Jay Pegg.