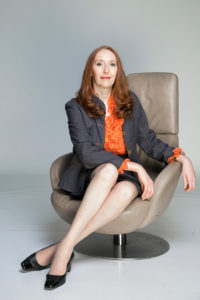 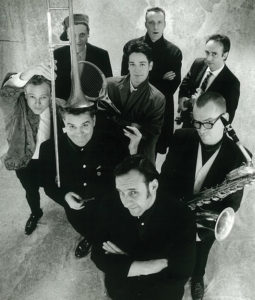 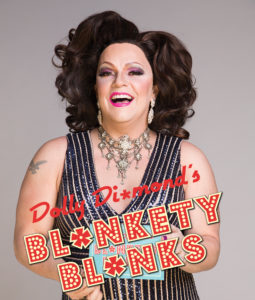 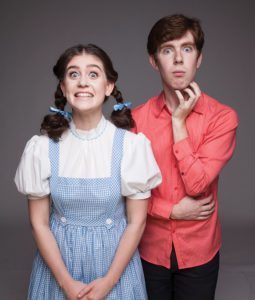 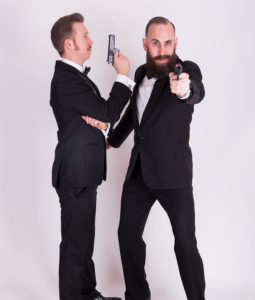 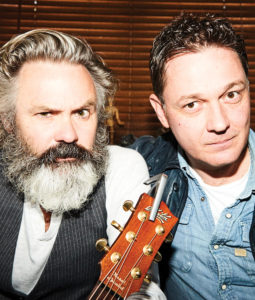 Ballarat might be known for its gold-rush past, but this October will see the town gleam with the gild of a different gold – a star-studded line-up of Australian cabaret greats performing at the 6th annual Ballarat Cabaret Festival.

The festival commenced in 2012 under the auspices of Graeme Russell, then theatre manager of Her Majesty’s Theatre in Ballarat. Russell’s idea was to use other venues around Ballarat to provide extra entertainment while the Royal South Street Society Eisteddfod was on at Her Majesty’s. It took form as the Ballarat Cabaret Festival. After five successful years, Russell passed the reins to new artistic director, Fiona Scott-Norman, in early 2017.

‘It was like being handed a precious chalice,’ Scott-Norman says. ‘The Ballarat Cabaret Festival was his baby, he loves it.’

Scott-Norman’s presence looms large on the Australian cabaret scene. Her career has covered everything from broadcasting to DJing, script-writing and performing. She was founder of the Green Room Awards cabaret panel in 2002, and for the past five years has fulfilled the role of Director of Music Theatre Cabaret Project at Federation University. It was in this role she came to know Graeme Russell, whose program gave students the opportunity to perform in the festival each year.

‘The handover conversations were careful… gentle probing. Oh, you’re leaving… Will you need a new director for the festival? Am I interested? Yes, I am!

Scott-Norman jokes that, when programming, she was influenced by the maxim ‘something old, something new, something borrowed, something blue’. This sees acts such as Debra Byrne singing Songs of my Youth, to boundary-stretching performances from The Aspie Hour, a groundbreaking performance from two new talents who happen to have Asperger’s Syndrome.

Of her ex-students, Scott-Norman says ‘They both have Asperger’s Syndrome, and incorporate their Asperger’s into their cabarets. I’d been telling them for years they should perform together, it would be powerful.’

‘At our performances there’s a lot of interaction between the audience and the band. The audience will be up and dancing.’ That’s the wonderful thing about live performances, Maas says – they touch you in a way that radio and television don’t.

Shaken writer and performer Charlie D. Barkle also celebrates the interactive nature of live performances. He says that clever audience engagement in cabaret – from a simple wink to incorporating the audience into the show itself – can result in a different show every time.

There’s something raw and edgy to it, a realness – and that’s how it’s different from film and television. It brings the audience in and allows the audience to be part of the show.

The audience-oriented nature of cabaret was one of the reasons Paul McDermott and Steven Gates chose it as an ideal vehicle for the launch of their new show, Go Solo.

‘We chose cabaret because the great thing about it is – well, you know what’s great about it: think the sparkly dress draped over the piano – Paul and I are fighting over who gets to wear it,’ Gates jokes.

‘We certainly do cabaret quite naturally. At the moment, Paul is driven to reveal a bit more of himself, and you know how cabaret reveals something about you… Well, you’ve seen Paul’s new beard, right? People think you are hiding something when you grow a beard, but really, in the case of Paul, it’s revealing something.  It’s showing what a crazy wizard he really is.’

Gates is coy about what the show will entail (apart from revealing parts of Paul). He says the pair has been writing new songs, wrestling with potential names which, he hints, they may even discuss with the audience during the show.

‘I guess what people can expect from our show is two guys who really enjoy singing together, singing together. The songs will mostly be penned by us, though we might throw in the odd cover. But if you enjoy Paul’s voice, and who doesn’t, maybe you’ll like mine thrown over the top of it?’

Gates is looking forward to seeing fellow comedian Gillian Cosgriff’s Melbourne International Comedy Festival 2017 act, 8 Songs in 8 Weeks. It was pegged as one of the Comedy Festival’s biggest hits. Singer/songwriter Jude Perl also comes to the Ballarat Cabaret Festival hot off the back of a widely acclaimed Comedy Festival performance. Perl’s Roommates, The Musical sold out, and has been optioned for film development.

Scott-Norman must be pretty convincing. It’s thanks to her powers of persuasion that Key Party Piano Bar host Trevor Jones is coming back down from Queensland, and why Bachelors From Prague agreed to reunite for the opening night performance.

‘How many chances will you have to see Bachelors From Prague perform again? Not many. And believe me, they’ve still got it.’

Scott-Norman believes Ballarat has got ‘it’, too. She sees the town, with its heritage buildings, university, proximity to Melbourne and multitude of under-used buildings as the ideal staging ground for a festival.

‘It’s a big arts town. From where I’m coming from, I think Ballarat has the potential to be another Edinburgh.’