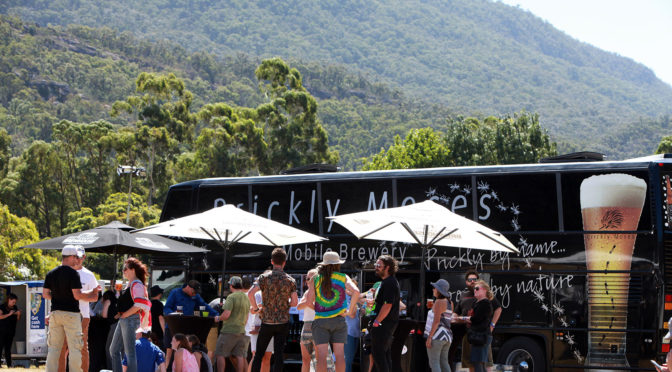 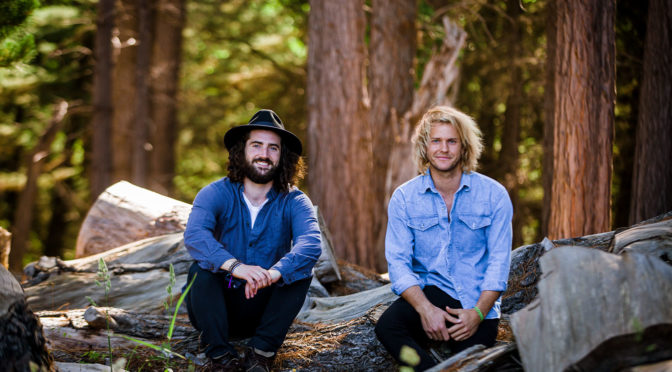 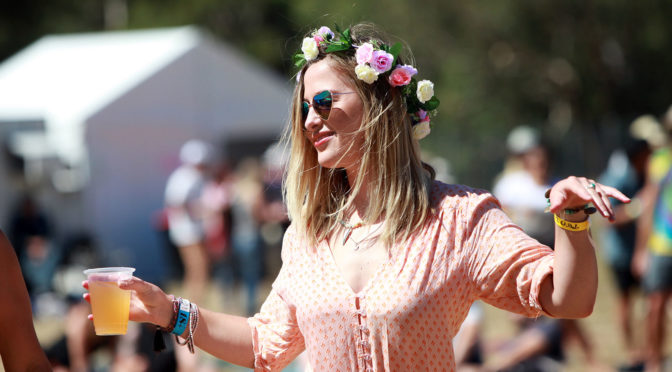 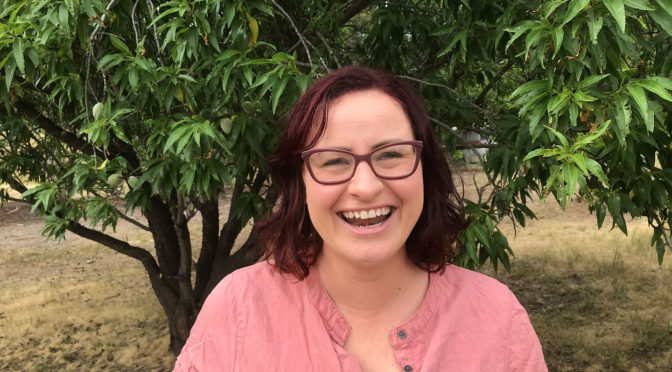 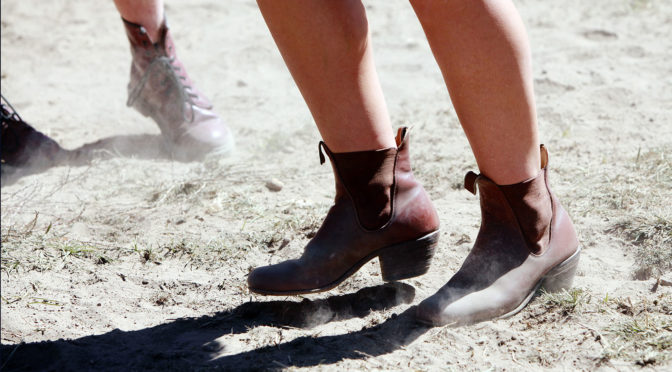 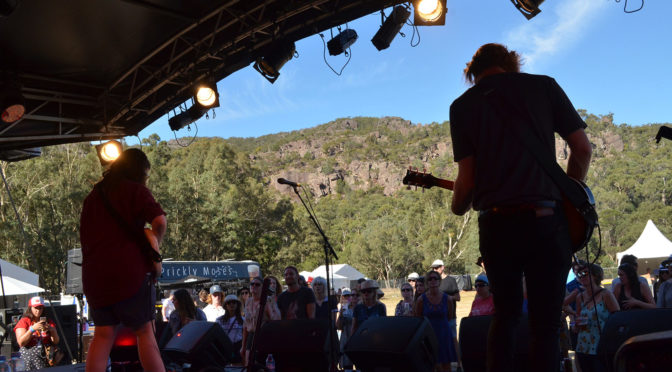 Situated in the central west of Victoria is the beautiful, imposing, Grampians National Park (Gariwerd) – the destination for many a family holiday and a magnet for Indigenous Australians who are drawn to the Park’s rich cultural heritage and abundance of traditional sites and rock art.

The town that services all these visitors, Halls Gap, is now also the location of a new boutique festival, the Grampians Music Festival. Nestled between two mountain ranges, the festival combines a spectacular landscape with a talented line-up of 20 Australian performers.

There is only one stage – which means no timing conflicts – and the sets don’t start until lunchtime, giving attendees time to explore the beautiful Grampians National Park before enjoying the performances.

‘Influenced by this unique location – the beauty of the mountain range and the rawness of the bush – we decided to keep the festival Australian, to give space to up-and-coming Australian performers, with fresh, raw sounds.’ Carly Flecknoe, Director, Grampians Music Festival

‘The Grampians Music Festival is shaped by the landscape, in every sense,’ explains festival director, Carly Flecknoe. ‘Influenced by this unique location – the beauty of the mountain range and the rawness of the bush – we decided to keep the festival Australian, to give space to up-and-coming Australian performers, with fresh, raw sounds.’

One of these rising stars performing at this year’s Grampians Music Festival is 22-year-old Didirri, whose charismatic blend of nostalgic folk and uncompromisingly honest, insightful lyrics has been disarming audiences across Australia.

‘He will give you goosebumps,’ Carly promises.

Didirri will perform on the opening night, along with other acts that originally or currently hail from western Victoria, including popular local act Jack the Fox. Nicknamed ‘the best in the west’, by the festival organisers, opening night is reserved for local performers, as part of the festival’s ethos of supporting the local community and giving up-and-coming acts a chance to perform at a festival for the first time.

The opening-night closing set is reserved for local DJs, too – some of whom might never have performed to a large audience. Don’t expect it to be amateurish, though.

‘Because we only have one stage we want to be absolutely sure we’re presenting the audience with something truly special,’ Carly says, explaining that the performers are all selected based on their potential to complement the incredible landscape in which the festival is set.

‘Without a huge stage presence you’d be lost behind that awesome backdrop, and this amazing landscape,’ she says. ‘That’s also why we never want this festival to get too big. We don’t want people having sensory overload, we want them to enjoy the landscape.’

The festival’s backbone is a hard-working group of community-oriented local volunteers committed to leaving a small footprint on the land they love. Hence, there’ll be no plastic cutlery or water bottles at the event. The committee has even created a mentorship program to give five local young people a chance to learn about running a music festival.

Local service clubs and schools are also given a look-in, whether that’s with food stalls for fundraising, festival tickets to raffle, accommodating visitors, or opportunities to help create some of the infrastructure required.

‘The local community may not all attend as patrons, but there’s definitely still many ways for them to get involved, and there’s a lot of pride around that,’ Carly says.