Romancing the skull and celebrating equality 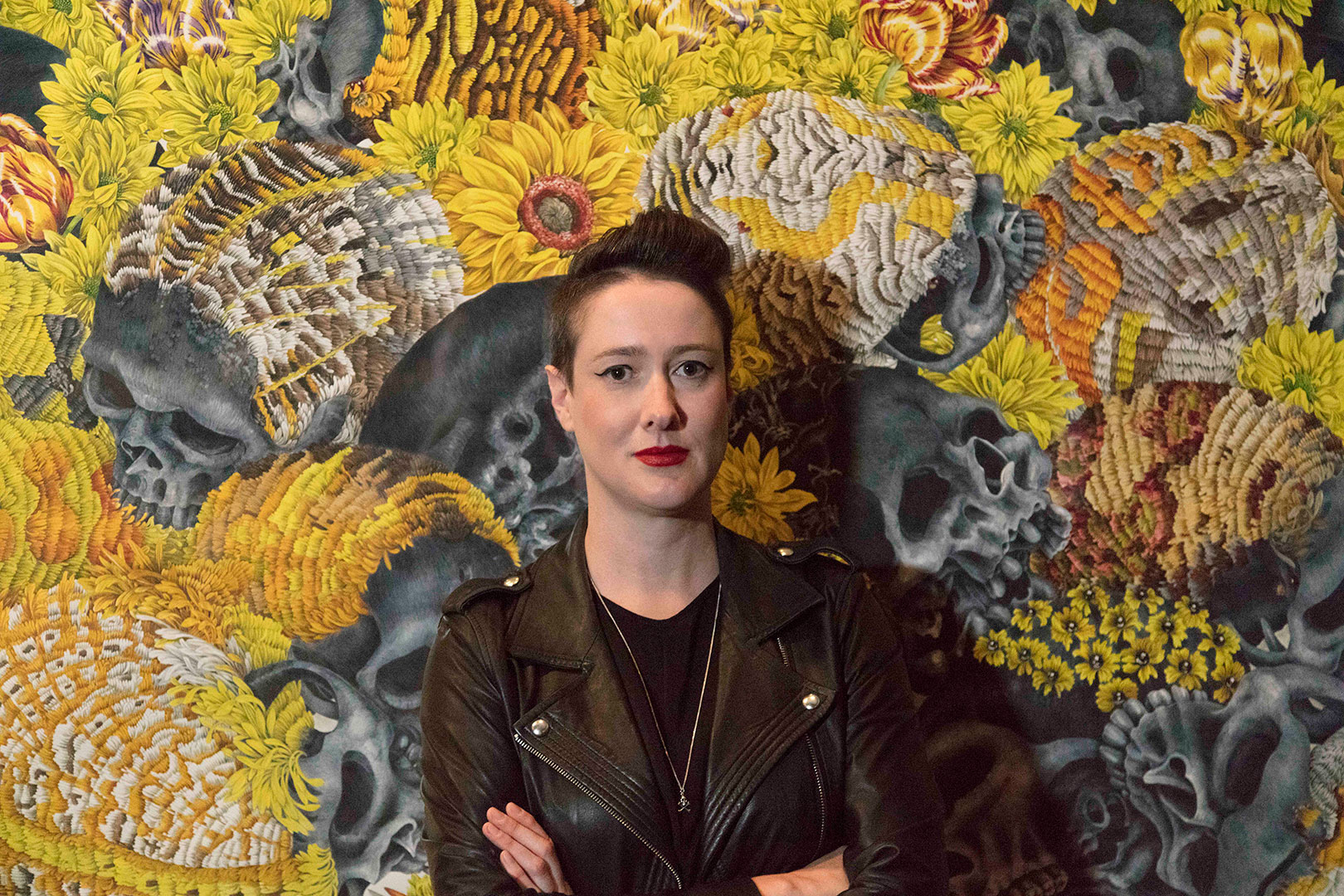 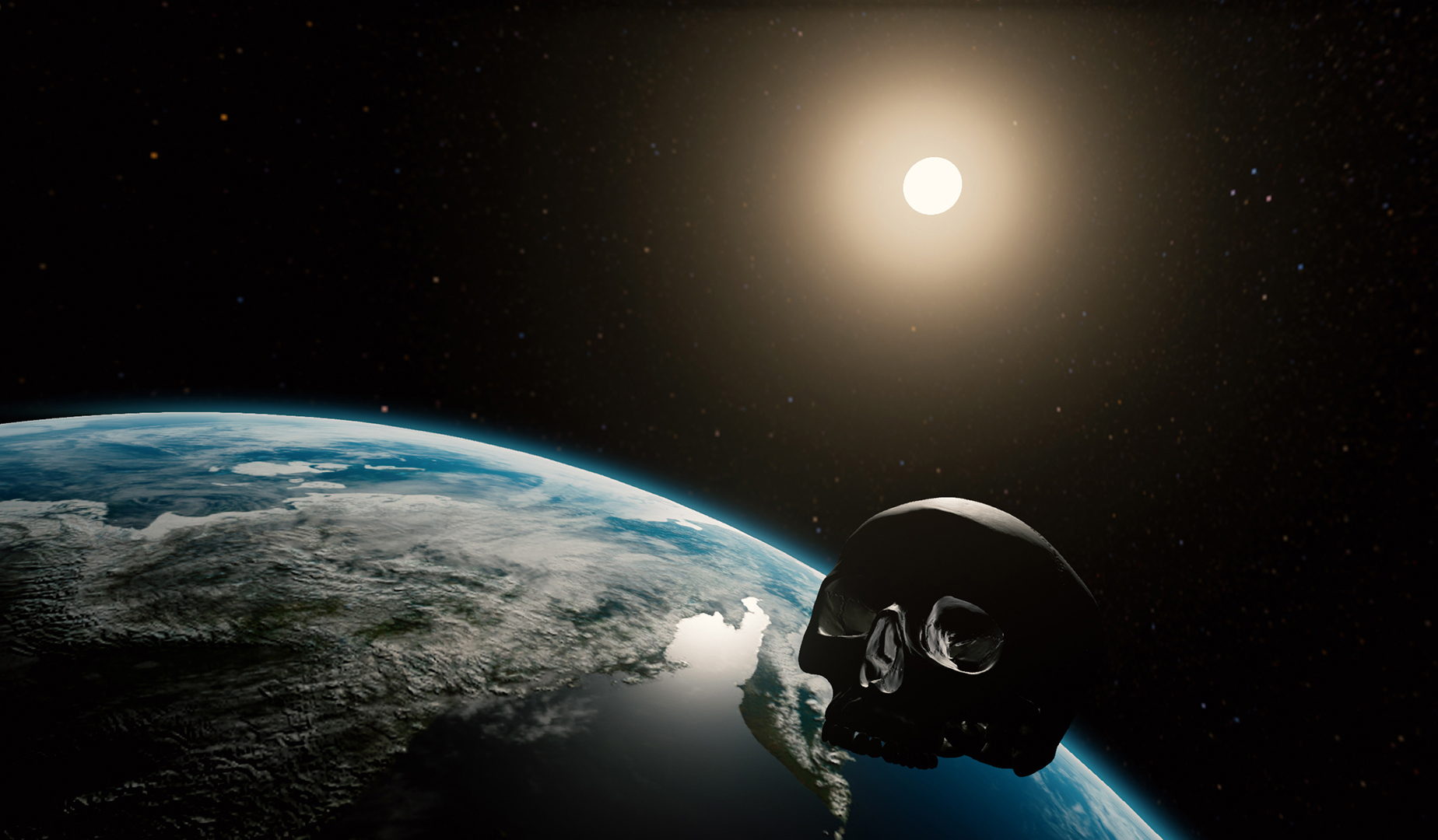 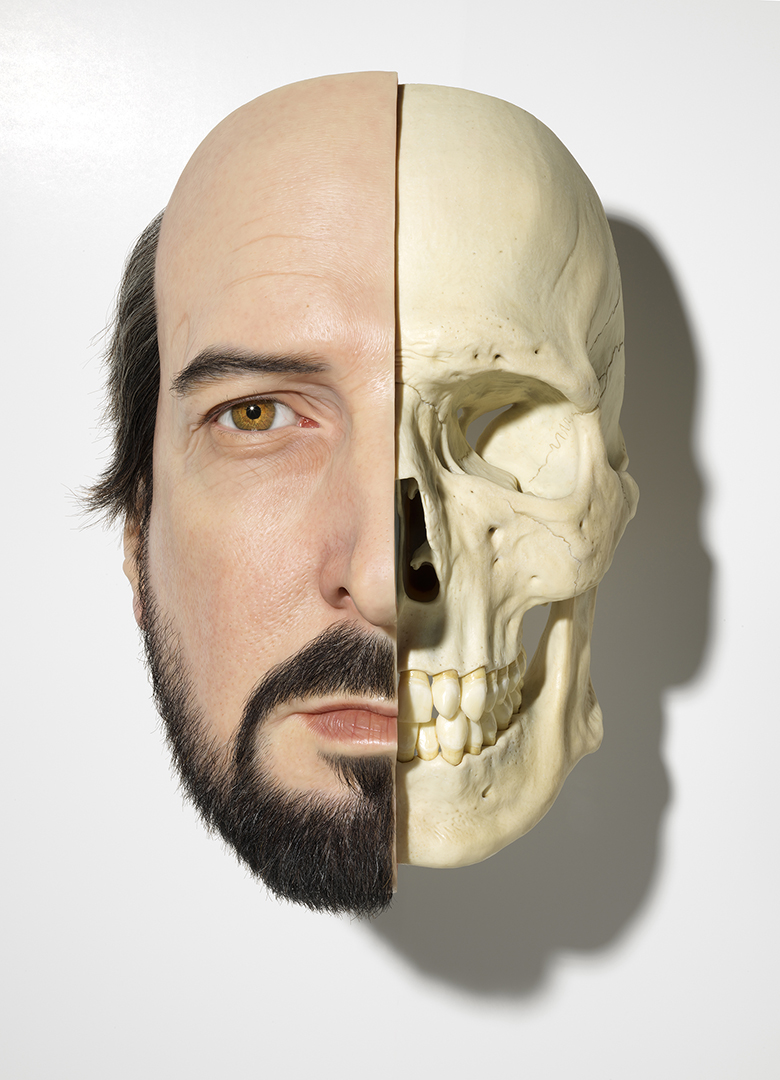 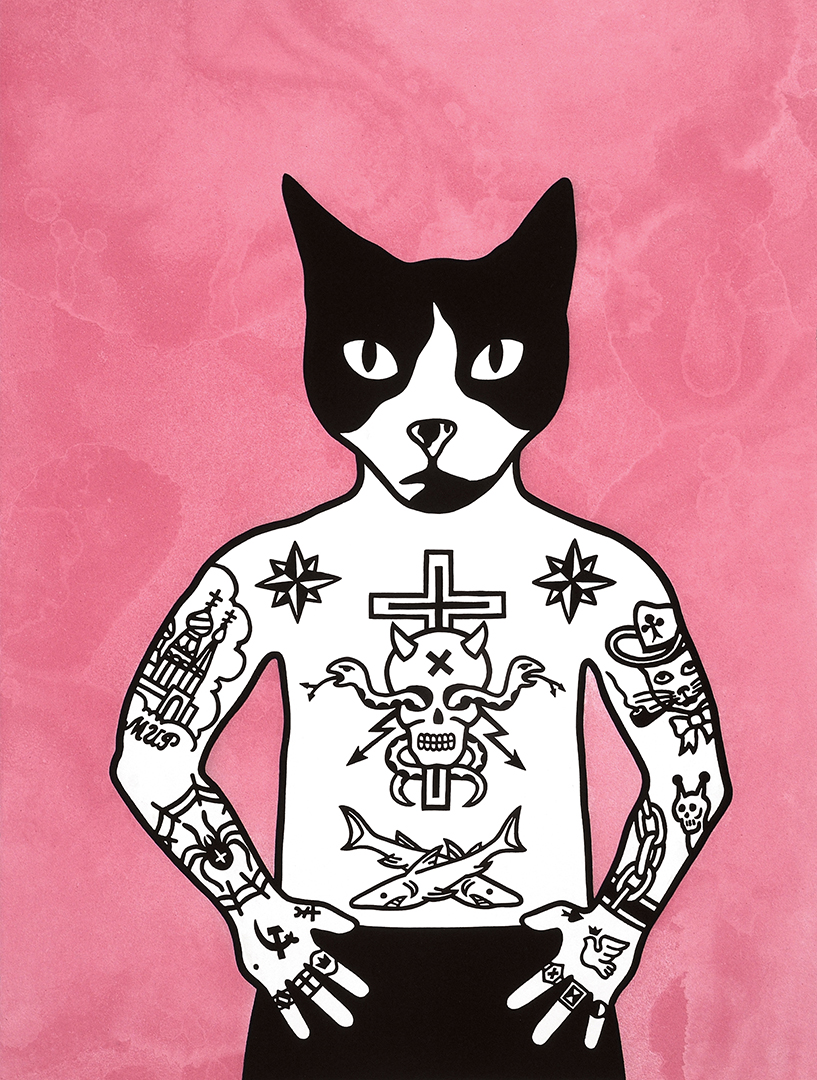 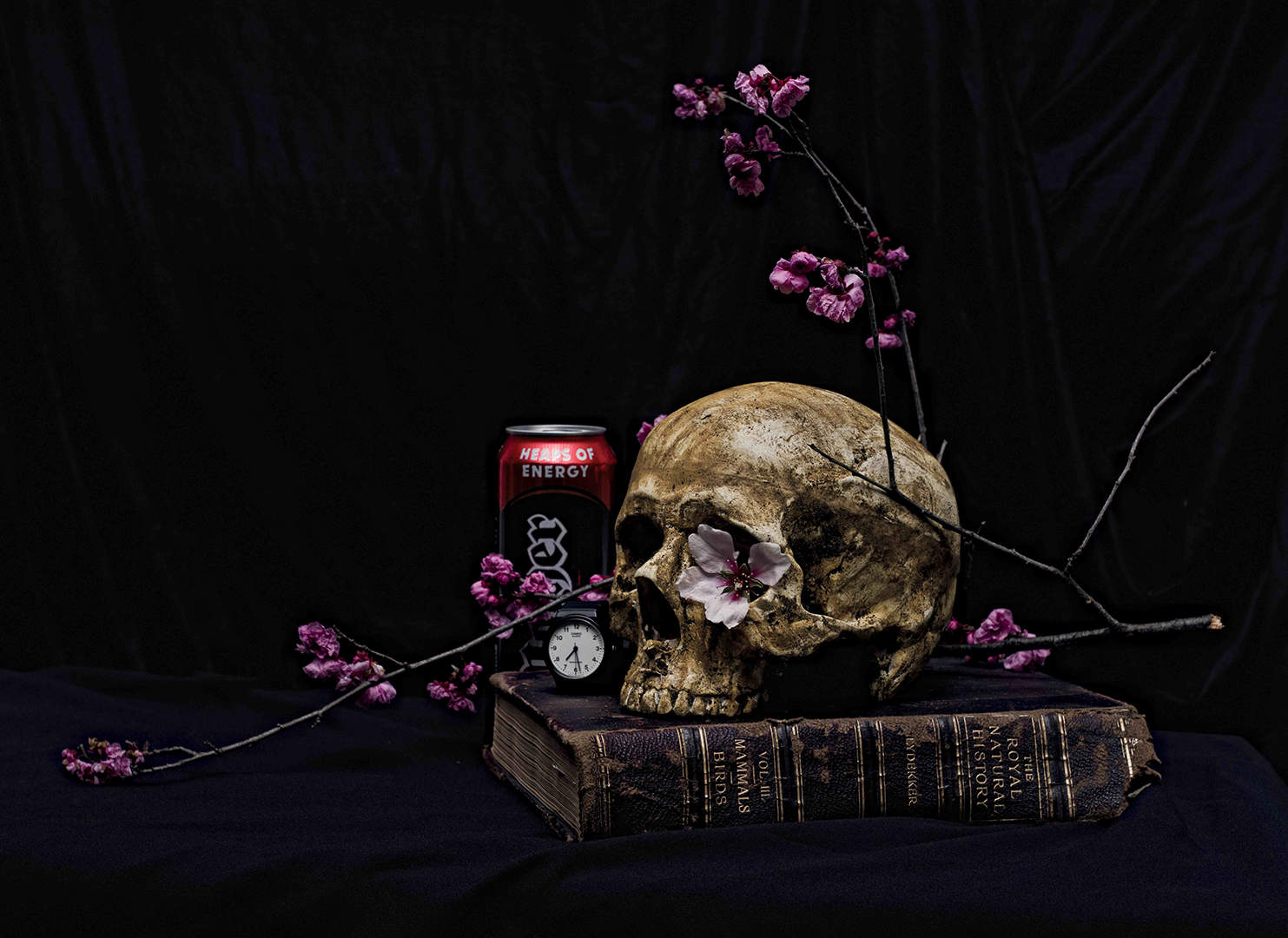 Skulls. They’re everywhere. They’re in our heads (literally). They’re used to symbolise death or danger. They appear on our household products.

It’s no wonder that Art Gallery of Ballarat curator Julie McLaren decided to take this iconic symbol and delve further into its origins and intrigues.

‘There have been such a huge number of artworks created through the centuries which include images of the skull,’ Julie says. ‘We wanted to examine how the icon was traditionally represented, and look at how contemporary Australian artists incorporate the skull into their work.’

And so Romancing the Skull was born – an exhibition exploring the depiction of the skull in art and culture and demonstrating how the symbol has come to represent everything from death to equality, mortality to celebration.

Having been in the pipeline for more than two years, the show features over 200 works, including Shaun Gladwell’s virtual reality work Orbital Vanitas 2016, which debuted at the Sundance Film Festival earlier this year. There are pieces from Australian artists including the likes of Sam Jinks, Rona Green and Ben Quilty, as well as prints from renowned Mexican printmaker José Guadalupe Posada – never before seen by Australian audiences.

‘His works were created at the start of the 20th century around Dia de Muertos (Day of the Dead) each year,’ Julie says. ‘Posada depicted everyone, from political leaders to street sweepers, as skulls and skeletons. He did this to show that no matter what a person’s station in life, everyone has a skull and is therefore equal.’

Julie says the show’s wide variety of works – paintings, drawings, photography, books, sculpture, jewellery and virtual reality – means there is something that will appeal to everyone. Not to mention the show us your skull tattoo perk, offering $10 entry to anyone with a skull tatt (without breaking the laws of public decency, of course).

While there are some darker themes in the exhibition, it is family friendly and children have already been coming in and marvelling at the works in the show.

‘While there are some darker themes in the exhibition, it is family friendly and children have already been coming in and marvelling at the works in the show,’ Julie says. ‘Traditionally the skull has been an important symbol representing our mortality – we can depart this life at any moment and the tradition of memento mori (‘remember that you will die’) is a reminder that we should make the most of our lives while we’re still on the earth.

‘For contemporary audiences, the skull is an important reminder that ultimately we are all the same. Regardless of gender, sexual orientation, race, religion, political beliefs, financial position, we all have a skull and are therefore equal – an important message in the current political climate.’

Moving to Ballarat about 10 years ago, Julie was immediately struck by the city’s ever-evolving arts and cultural scene. Having been immersed in creativity’s embrace from a young age, she always knew she wanted to pursue a career in this space. 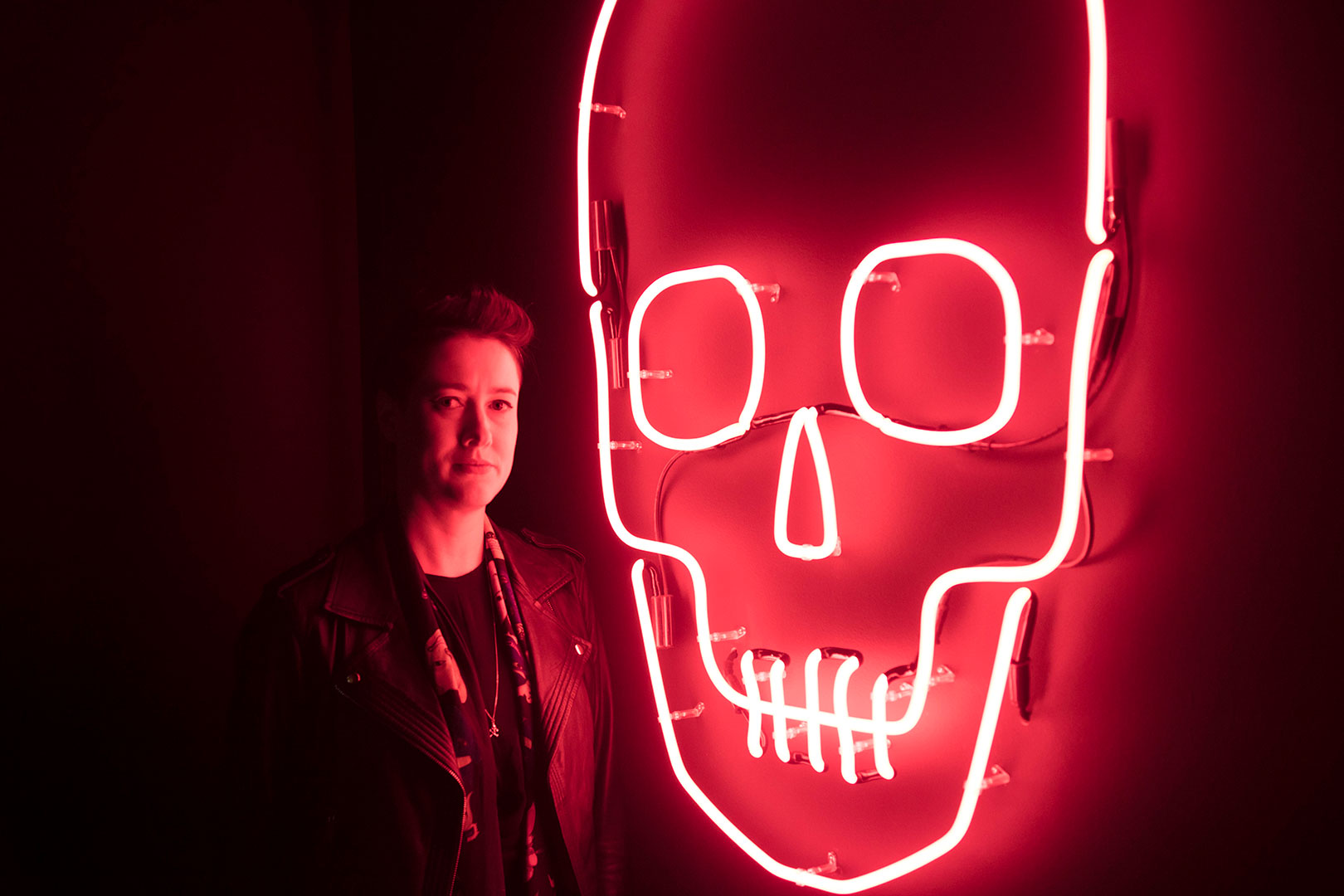 ‘Of course, I really had no idea what working in a gallery actually involved or the wide range of career options in the arts. I think there is a lack of public knowledge about how much goes on behind the scenes in a gallery – it’s not just a case of hanging pictures on a wall.

‘I suspect that my family had concerns about me pursuing a career in the arts due to preconceived ideas about the ability to earn a decent income! I did study for a while to be a librarian, but figured out pretty quickly it wasn’t the right career path for me. Through a series of fortunate events I have landed an incredible job which involves working with a small but dedicated team of similarly passionate people.’

Julie says one of the best things about working in the arts is the opportunity to collaborate with artists she admires. In the instance of Romancing the Skull, she worked with Sally Smart, Fiona Hall and Reko Rennie amongst others, who created specially commissioned pieces for the exhibition.

‘It is a privilege to visit artists’ studios and homes as it allows me to understand their artistic practices and influences more intimately.

‘There is also a great sense of camaraderie and generosity of spirit between commercial, regional and state galleries. Being able to speak with colleagues at other arts institutions about projects, and discuss industry-related issues, is comforting – ultimately we all experience the same issues and challenges, on varying scales.’

THE DETAILS:
What: Romancing the Skull
Where: Art Gallery of Ballarat
When: Until 28 January 2018
More information: seasonofthearts.com.au