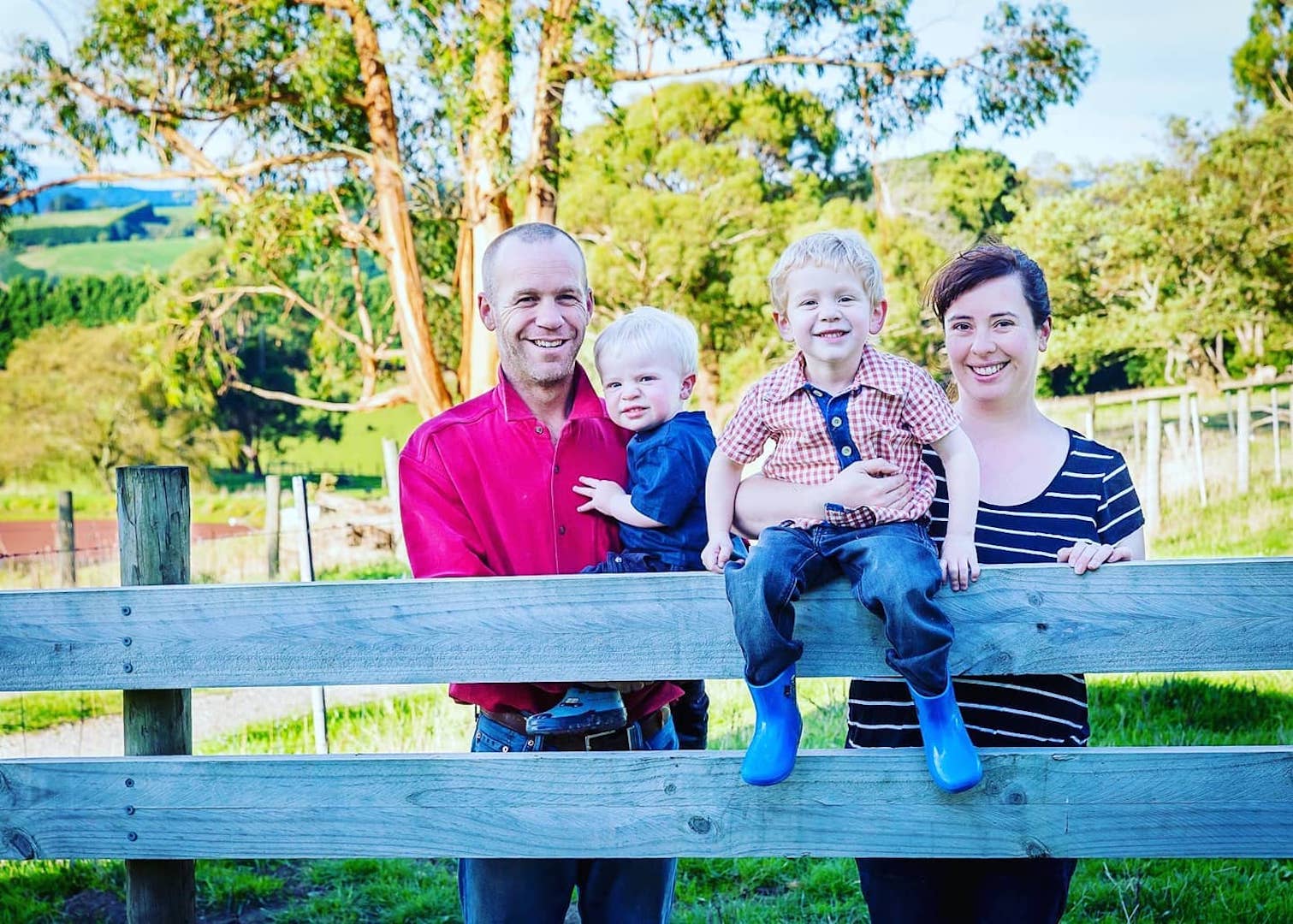 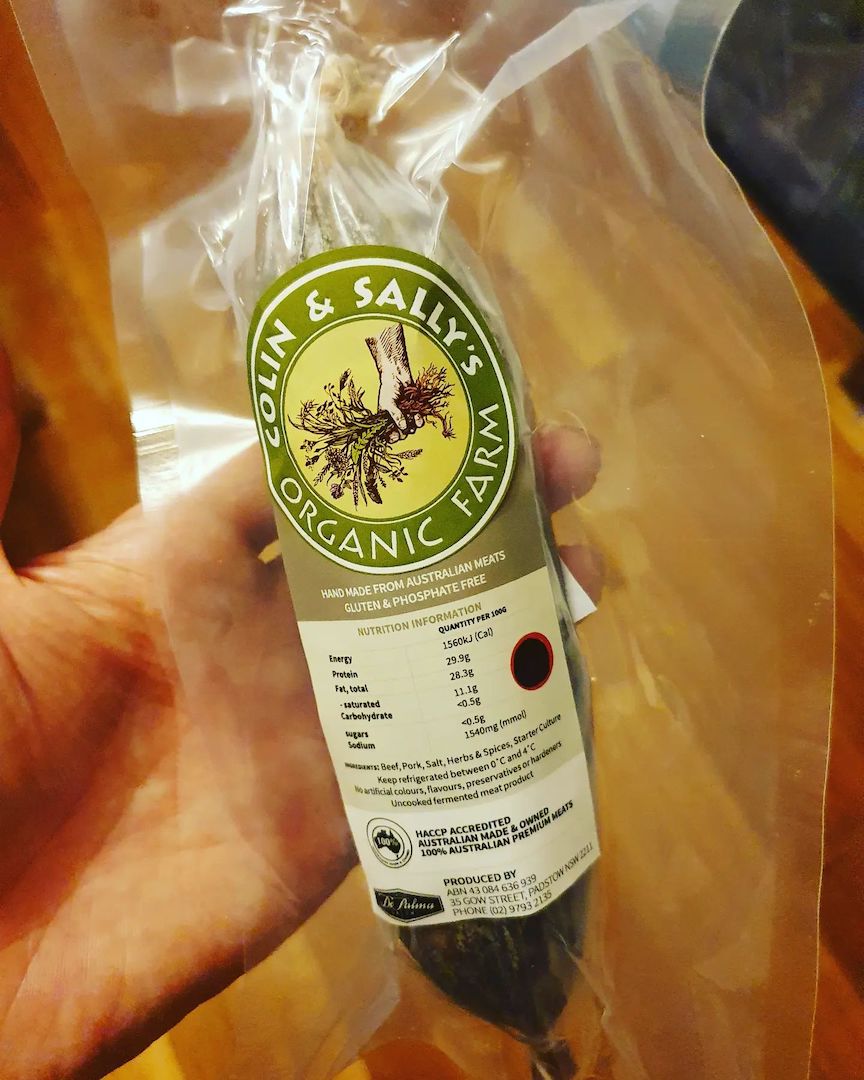 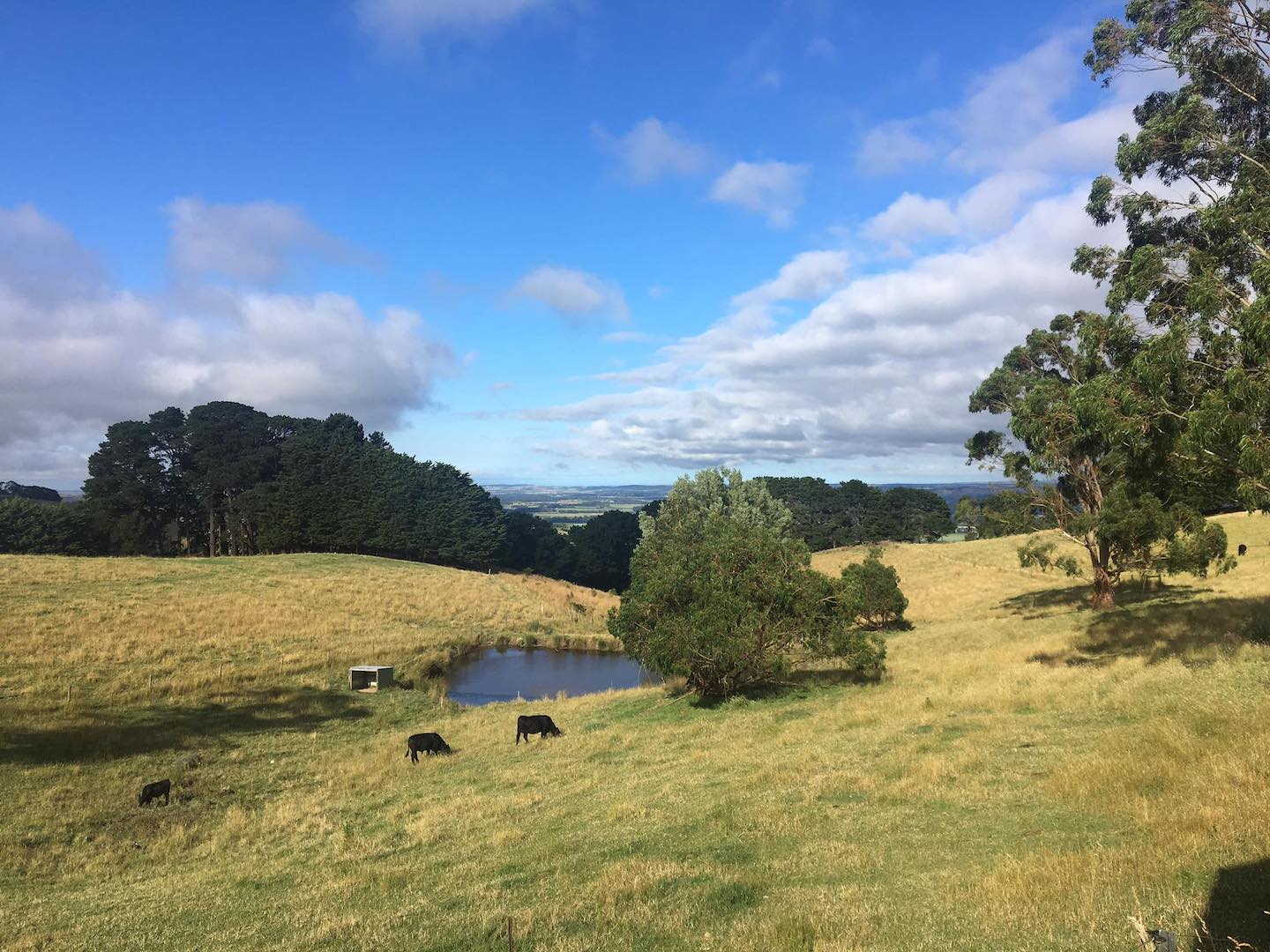 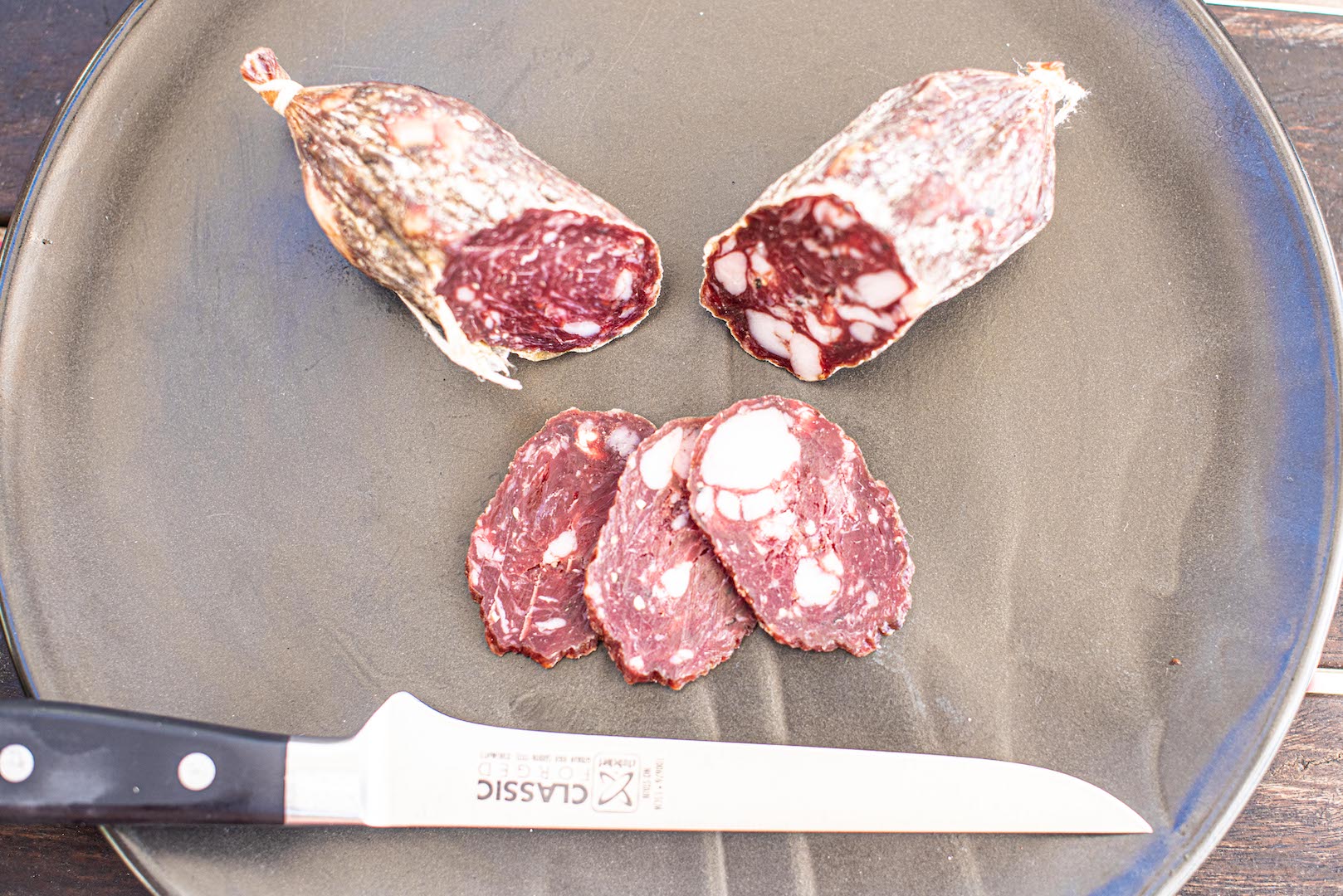 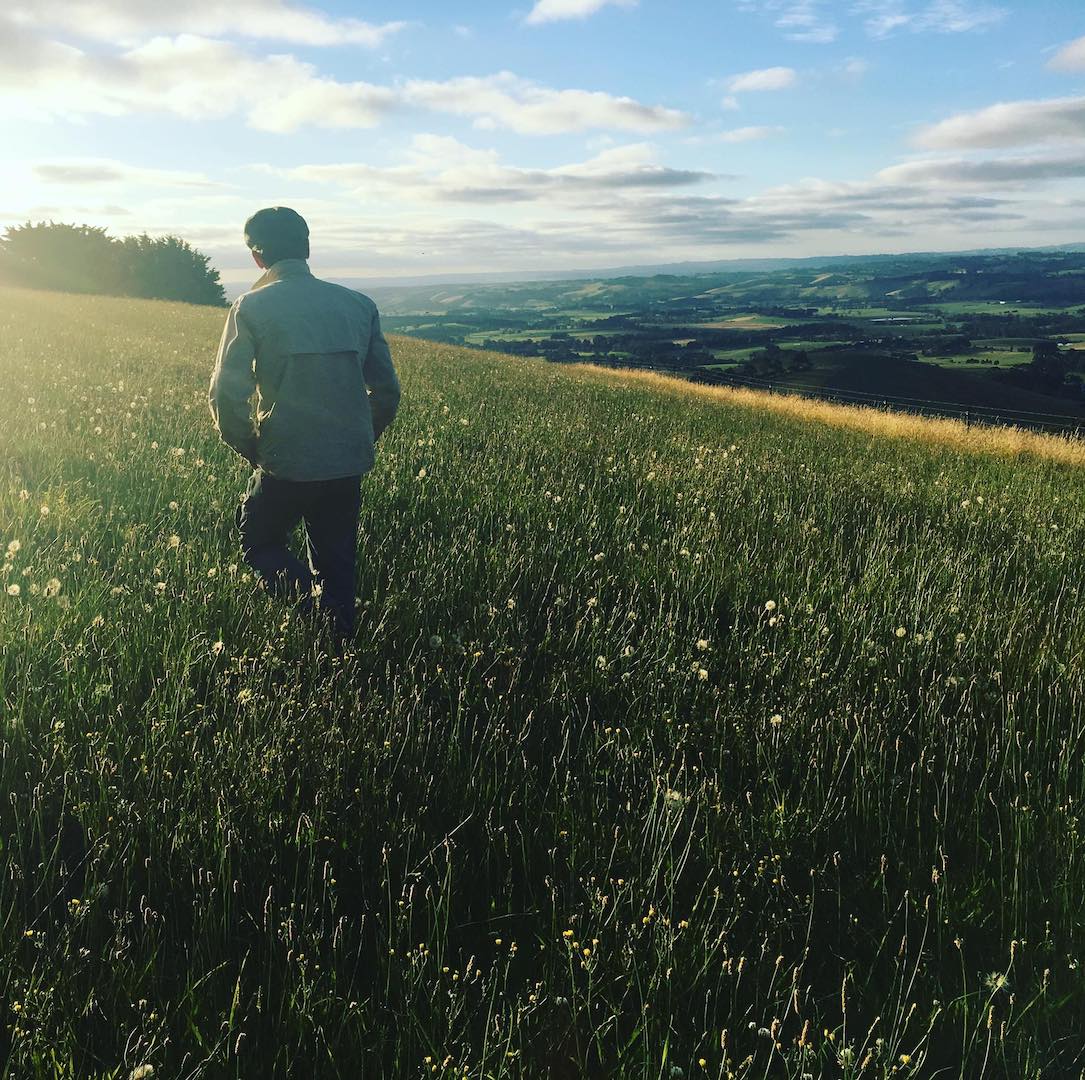 Out in the green rolling hills at Dollar, between Mirboo North in the Strzelecki Ranges and Foster in South Gippsland, is a farm where Sally Ruljancich and Colin Trudgen raise their Angus cattle and Wiltshire Horn / Poll Dorset cross sheep.

They have been instrumental in the direct-from-farm movement in that part of the world for over a decade and are known for the exceptionally flavoursome lamb and beef. Ethics are essential to their operation from caring for country, soil regeneration, flock and herd health, and community care.

“In some farming models breeding cows and ewes are bred into the ground,” says Sally.

They are not cared for. All our animals are looked after throughout their life. Traditionally, old breeders are in bad conditions and sent to the market where there is not much return.

But because Colin and Sally look after their ‘girls’ so well, they are in such good condition when they are no longer able to breed that they still have high-value meat. “And I had always wanted to make small goods,” says Sally.

This is where champion salume maker Robbie De Palma comes in. The 7th generation Sydney small goods maker is a perfectionist. “He made it clear he would not take any trim,” says Sally. “He told us that salami is not a dumping ground for old, cheap meat,” she says. Colin and Sally sent their best rump and topside to the Padstow-based De Palma. “Beef is quite lean, so we also sent up back fat from the pigs raised by our friends at Amber Creek Farm,” says Sally.

Robbie De Palma is a traditionalist and uses the bare minimum of ingredients to make the salami. The meat is ground, mixed with fermenting culture, salt and pepper, then stuffed into natural skins. The salami is allowed to ferment at a reasonably warm temperature until the lactic acid bacteria produce enough acid to stop the bad bugs from getting hold. The salami is then slowly air-dried for weeks, preserving the salami.

The result is a great-tasting salami where the beef does the talking with a lovely hit of salt, a rich mushroom note from the naturally occurring beneficial mould on the outside, and a clean lactic acid tang. Slice fine and enjoy with crusty bread and a glass of wine from Dirty Three or Waratah Hills in South Gippsland. The salami is joined by beef bresaola (sold out) and in three months’ time, lamb culatello – salted and air-dried muscles from the hind leg.

THE DETAILS
WHAT: Exceptionally good salami from South Gippsland
WHERE: Online from Prom Coast Food Collective, or instore at Stella’s Pantry and Leongatha Health Food
WHEN: Now and June 22 for the culatello
MORE INFO: colinandsallys.com.au