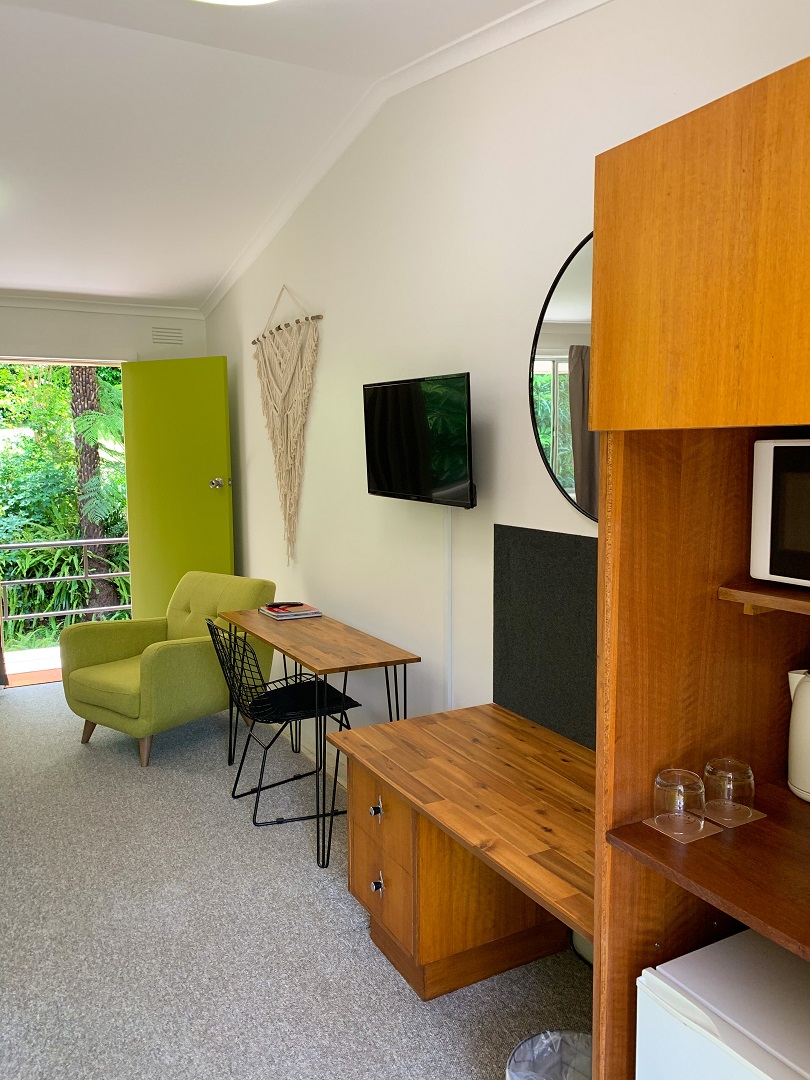 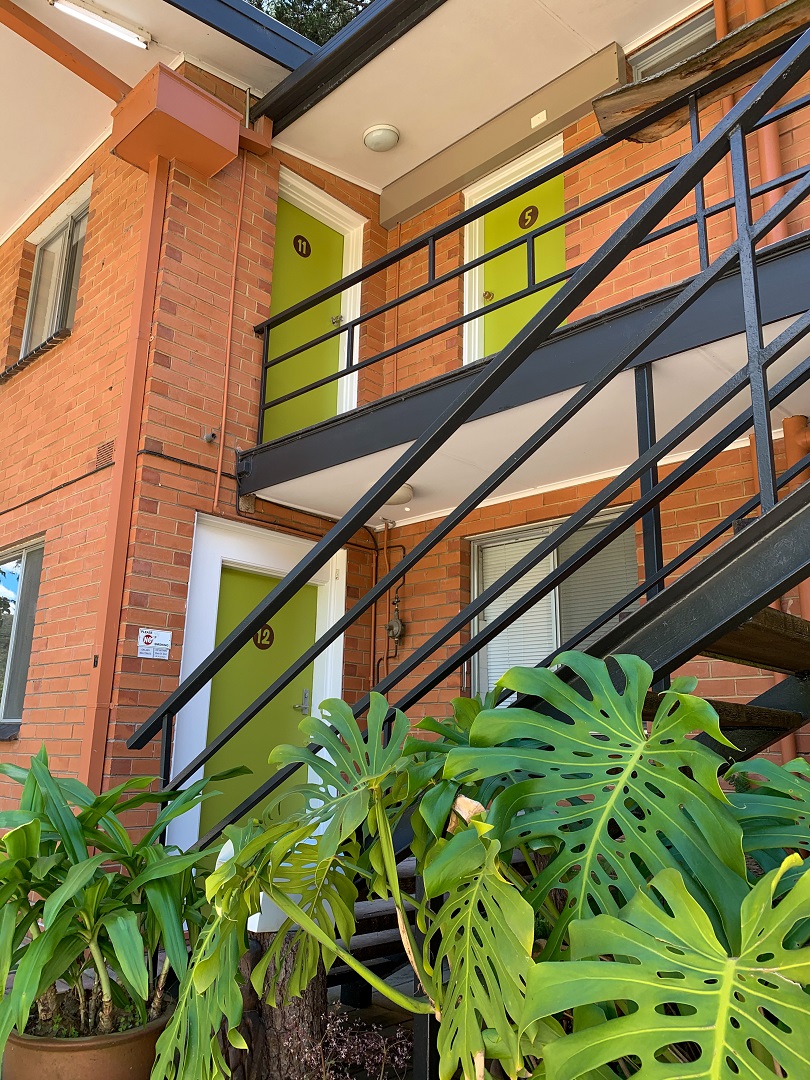 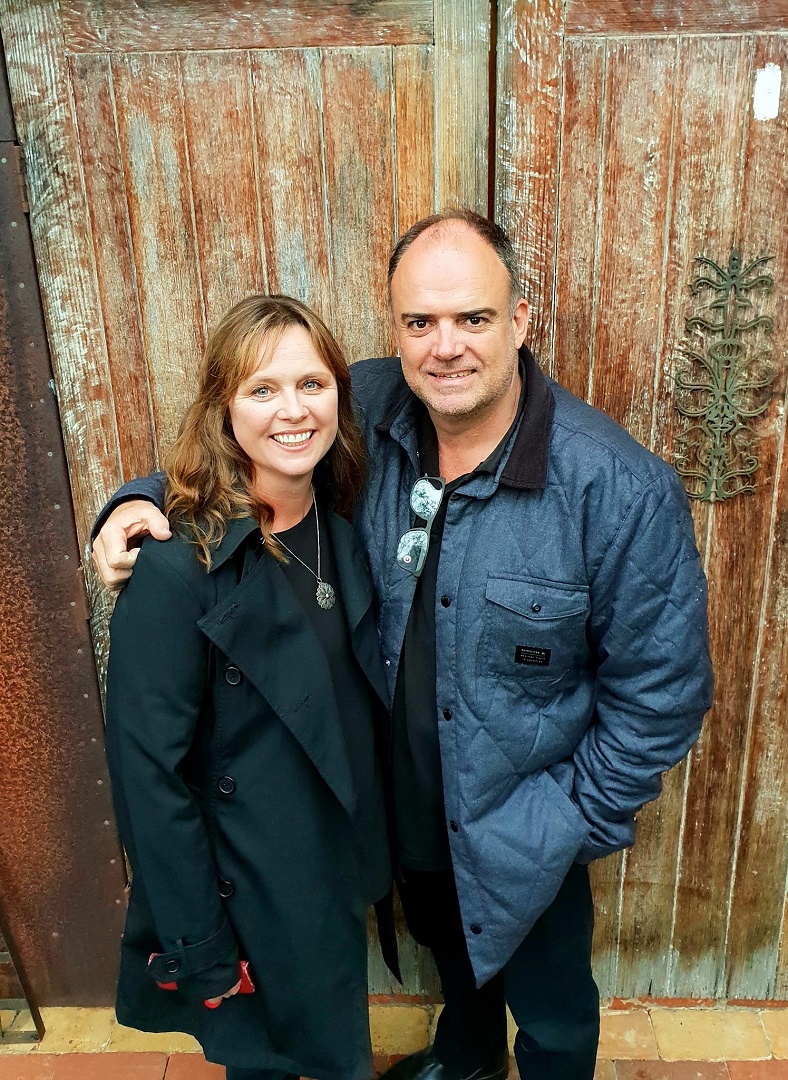 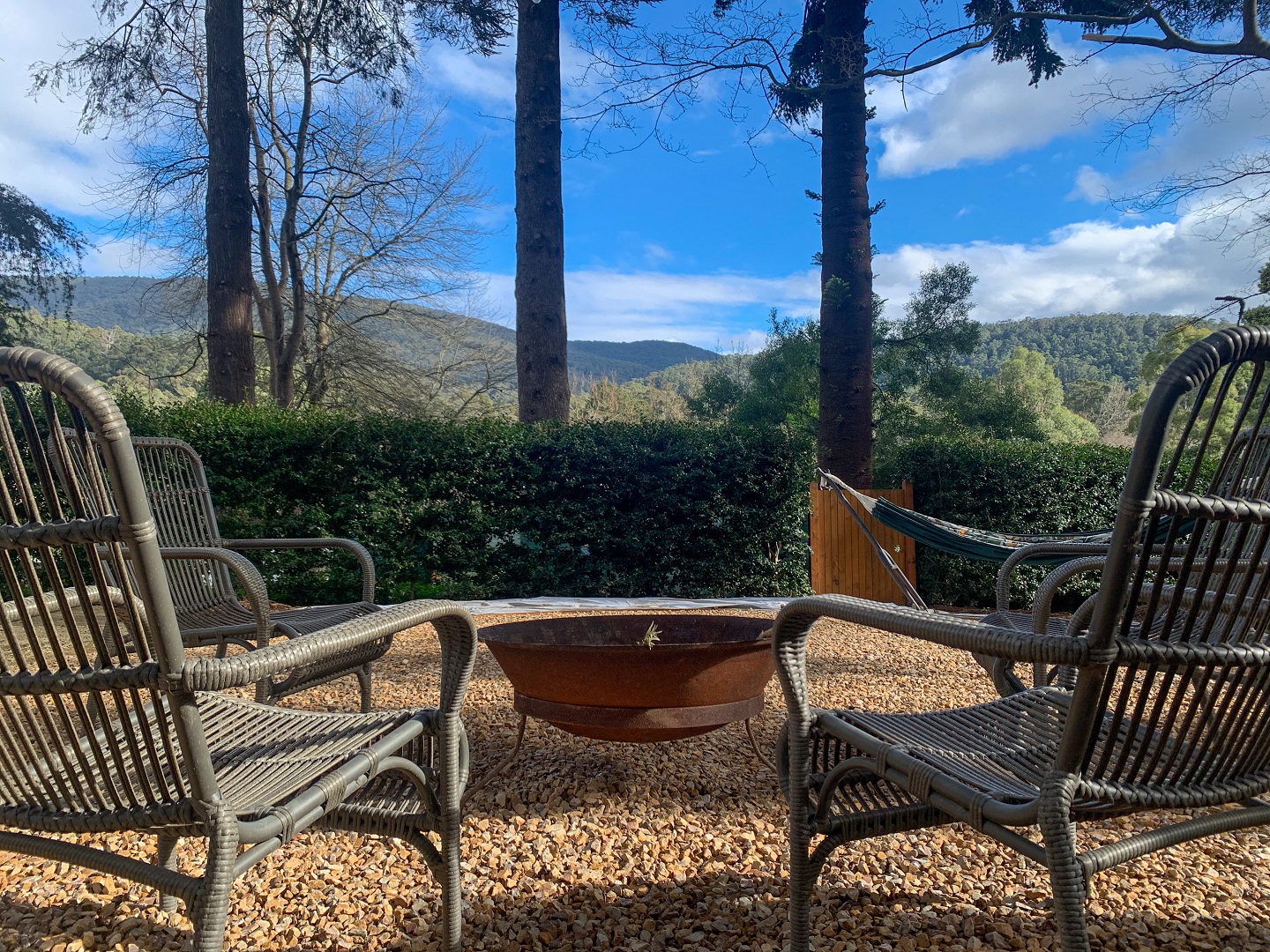 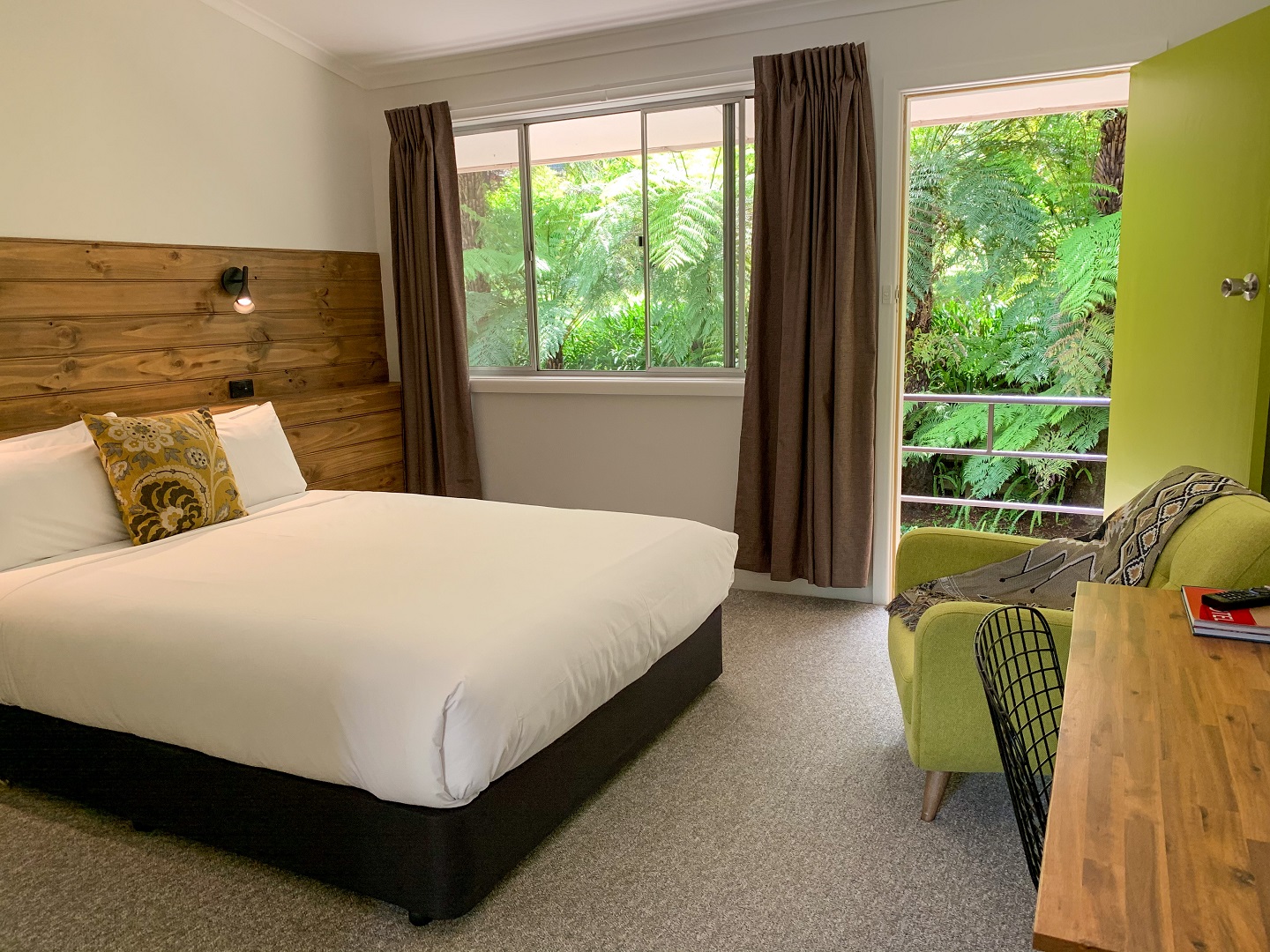 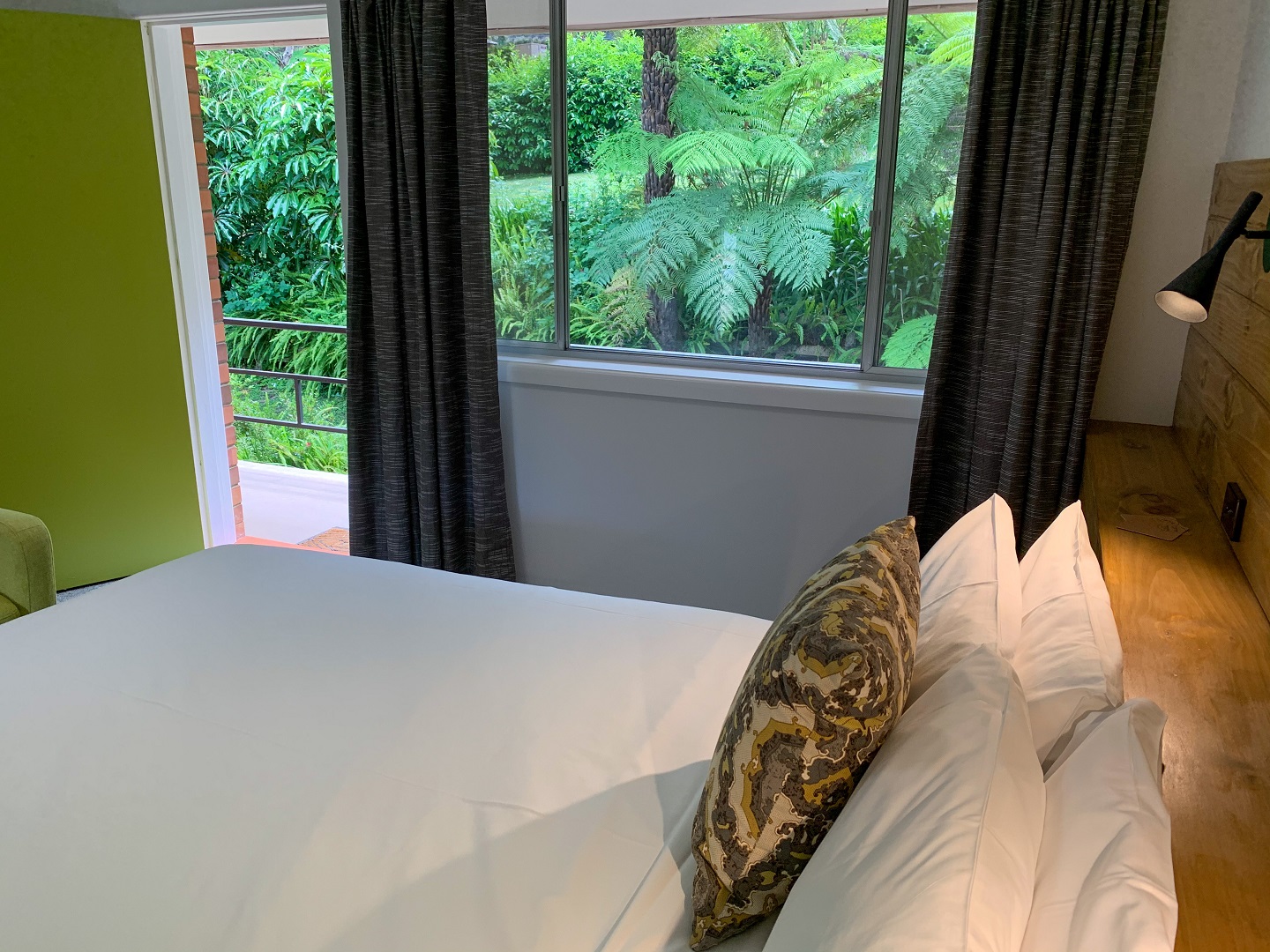 Warburton’s iconic motel is currently undergoing a series of renovations in order to return it to its former glory. The mid-century motel, first built in 1966, has been owned by Richard and Simone Stanwix since 2017, who have grand plans to bring it back to life.

‘Put simply, we saw the rare opportunity to acquire a 1960s motel which – while run down, open and running modestly – was almost completely original in its design and construct,’ Simone says.

With previous accommodation experience in Gippsland, and with Richard’s grandparents having owned and operated the first motel in Tasmania, accommodation definitely runs through the Stanwix veins. They moved to Warbuton just over four years ago in search of an opportunity to do something new.

‘Richard grew up in and around (motels), experiencing the tapestry of life that a motel presents,’ Simone says. ‘We had been visiting Warburton for years and always loved what it offered.  One time we arrived, parked the car and immediately saw a Chihuahua wearing a sombrero riding a donkey in the main street. We instantly knew Warburton was for us but didn’t think for a second it would be in this context.’

Lamenting childhood memories of family road trips, Richard and Simone decided to gallantly take on the project with the aim to preserve original elements of the motel whilst connecting guests to its history and the natural environment. Rooms boast premium beds, crisp white linen and towels, soft furnishings and eco-friendly toiletries. A broad-roof deep veranda leading to an in-house wine bar will reinforce the motel’s indoor-outdoor attitude.

‘We don’t want to turn it into something it was never intended to be,’ Richard says. ‘It’s all about simple pleasures in an unpretentious environment that’s so damn close to Melbourne. It’s a 1966 motel and that is how we want guests to feel when they stay.’

Richard and Simone also offer a series of adventures for guests to enjoy during their stay, including a fleet of bikes, river tubing, toboggans for the wintertime, a specially created wine and dine tour, as well as curated hikes ideal for exploration.

Warburton’s greatest attribute is that it is an immersive experience in nature and we think in the future it will form part of the antidote to the lockdown blues. We love that the river runs through town like an artery. You know that everything is alive here. You can smell it, hear it and see it. It fuels your soul.

‘We can’t believe Warburton is so close to a huge city and yet a world away. It’s a quintessential village atmosphere where people care about how you’re doing, kids roam and there is plenty to entertain the grown-ups in great eateries, bars and quirky shops,’ Richard says.

Over the last 18 months, the Warburton Motel has been closed more than it’s been open. Richard and Simone are encouraging people to book direct instead of an online service, which sends a large percentage of fees overseas.

‘This allows us to do more at the motel, gives our team more hours and circulates the money in our local economy,’ Richard says. ‘We look forward to playing our role in enabling that.’

WHAT: Warburton Motel
WHERE: 4 Donna Buang Rd, Warburton
FIND OUT MORE: warburtonmotel.com.au or via Instagram.