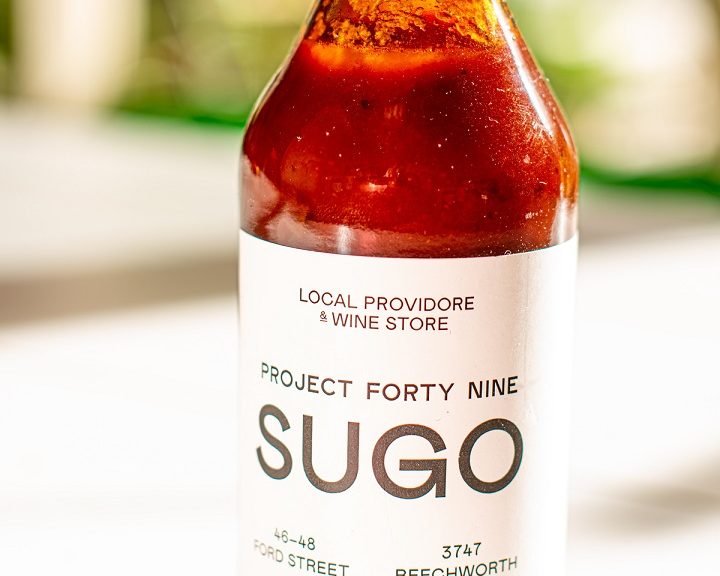 In the heart of Beechworth is a little café and providore. Set in an historic building a few doors up from the Kelly Bar at Tanswell’s Hotel Project 49 has become part of the town’s fabric. For the past eight years it has been the place locals go for a cup of coffee and an egg and bacon corn roll in the morning and for a bowl of soup and pasta for lunch. It was the pasta sauce that Lisa and her kitchen team were making that had everyone turning their heads as the rich aroma of cooking tomatoes filled Beechworth’s broad main street. The sauces are based on tomato sugo that Lisa had been making for years to an old family recipe.

“Dad was from San Danielle in Northern Italy, and we would make the sugo, like many expat Italians, in the backyard at Pasco Vale,” she says. “He would store them in his cantina under the house with the salume over winter,” she remembers.

Mum and dad have gone now so making the sugo is a link back to them.

Lisa makes her Project 49 Sugo in small 40 litre batches in the kitchen in Beechworth using ripe tomatoes. She bottles it beer stubbies in remembrance of the Melbourne Bitter longnecks her dad used. The sugo is rich, thick capturing the essence and nature of the ripest tomatoes. It is rich enough to be heated, seasoned and used as a basic pasta sauce but makes a great base for a Bolognese or amatriciana. It can be bought at Bar Rosella in Gertrude Street, Fitzroy. Rosella is owned by Rocco Esposito with whom she founded Project 49. It can also be bought directly from Project 49 along with great salume and compact collection of organic and biodynamic wines. 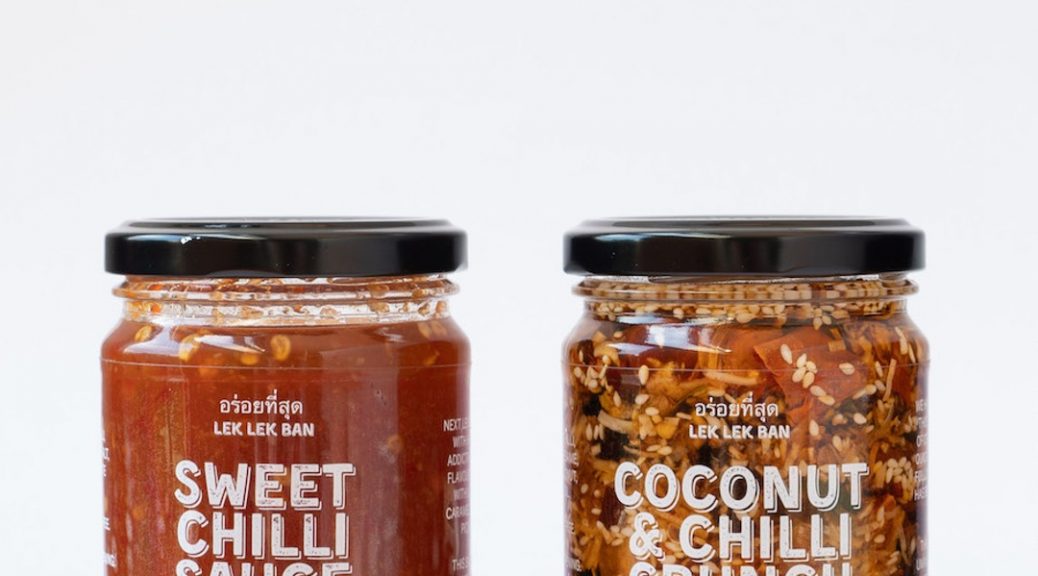 When Mornington Peninsula caterers Brad Holtz and Roonie Saisombat found themselves without functions to feed they started exploring Roonie’s vast repertoire of Thai dishes. The husband and wife met in Roonie’s cooking school in her native Thailand.

Brad, an American chef, fell in love with the vivacious Roonie and followed her to Australia where they started Finesse Catering. Bored with Australian cuisine Roonie started playing in the kitchen.

She started playing with ingredients in her wok, frying off garlic, shallots, kaffir lime leaves, chillies and coconut. She put them together and had something that was very very good.

‘When she added the black currants for sweetness, we knew we had something truly great,’ adds Brad. They were working at a private club and would slip their favourite customers the odd jar.

‘We soon had a side hustle!’ says Brad.

They kept their Coconut Chilli Crunch low key and continued their catering. Fast forward to the hospitality apocalypse of 2020 and Brad and Roonie needed an income.

They developed their new Lek Lek Ban range to include two other Thai sauces for the modern Australian Palate. The Ginger Nam Pla sauce is balanced between sweet from palm sugar, sour from fresh lime, deep from a touch of fish sauce and zingy from fresh garlic, ginger, and chilli. Drizzle over salads or brush over lamb before grilling. Lek Lek Ban Sweet Chilli Sauce is the real deal with sweet and sour thanks to lime juice and palm sugar, a little chilli heat and the crunch from daikon.

We have not seen such good quality and original products for quite some time. The demand from Mornington Peninsula locals has seen the production of the handmade sauces increase to fortnightly production days but as word gets out it looks like these two are going to get even busier.

They are slowly moving back to catering and have developed a Thai street food-inspired menu for more casual gatherings on the Peninsula and surrounds. 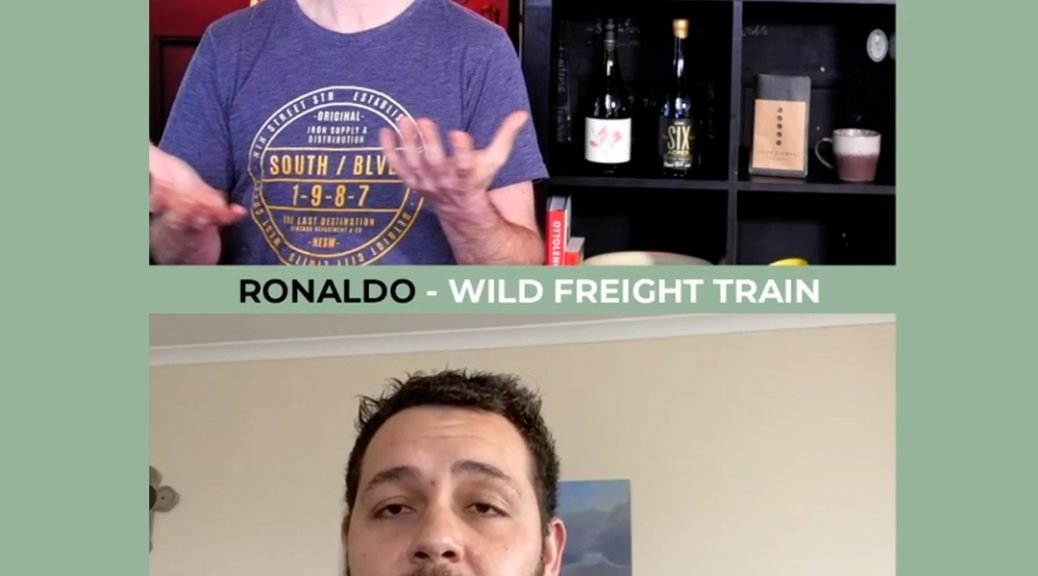 The second episode of ‘Outcast’ is with Ronaldo Muller of Wild Freight Train Chillies who is a regional producer of some stunning hot sauces, from Bairnsdale in East Gippsland. Ronaldo talks about creating his range of sauces, all things chilli and the innovative journey he’s been on creating and building his business.