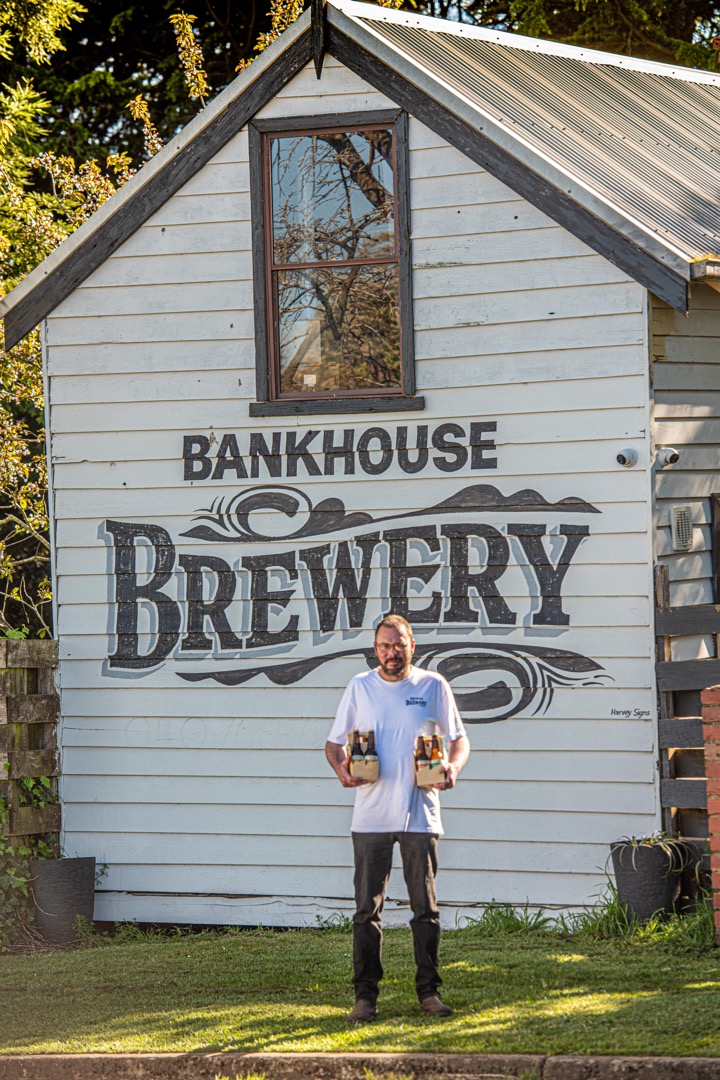 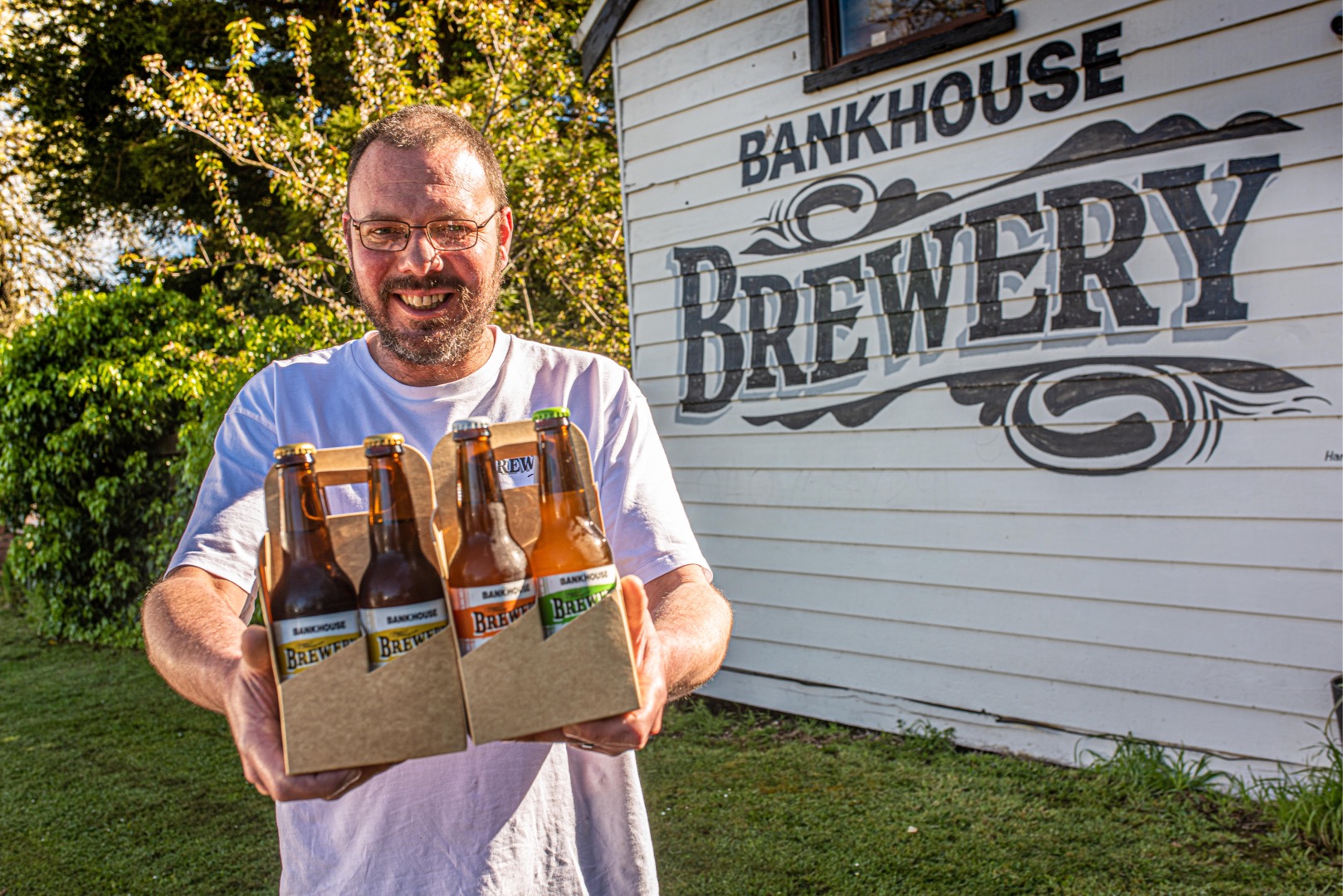 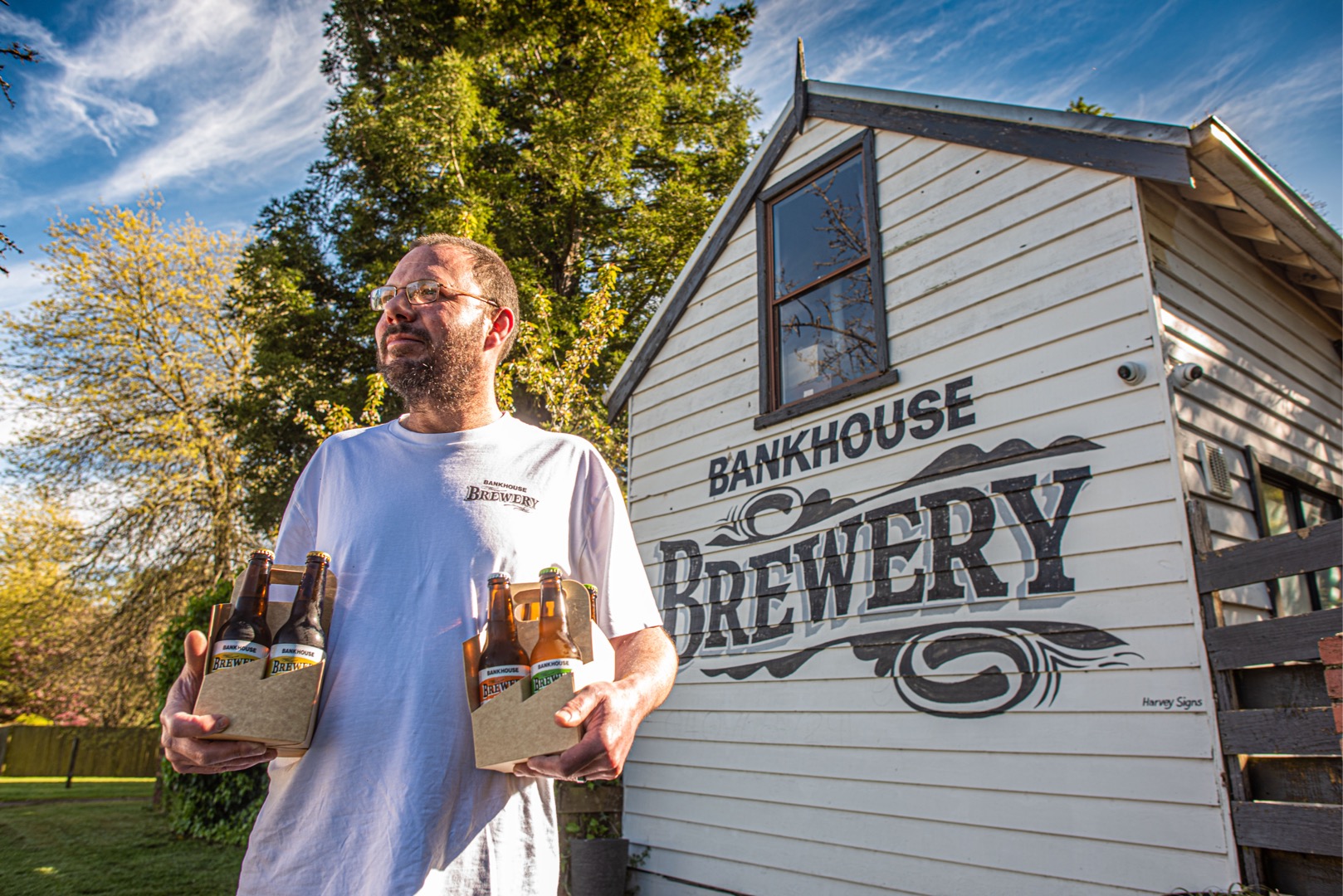 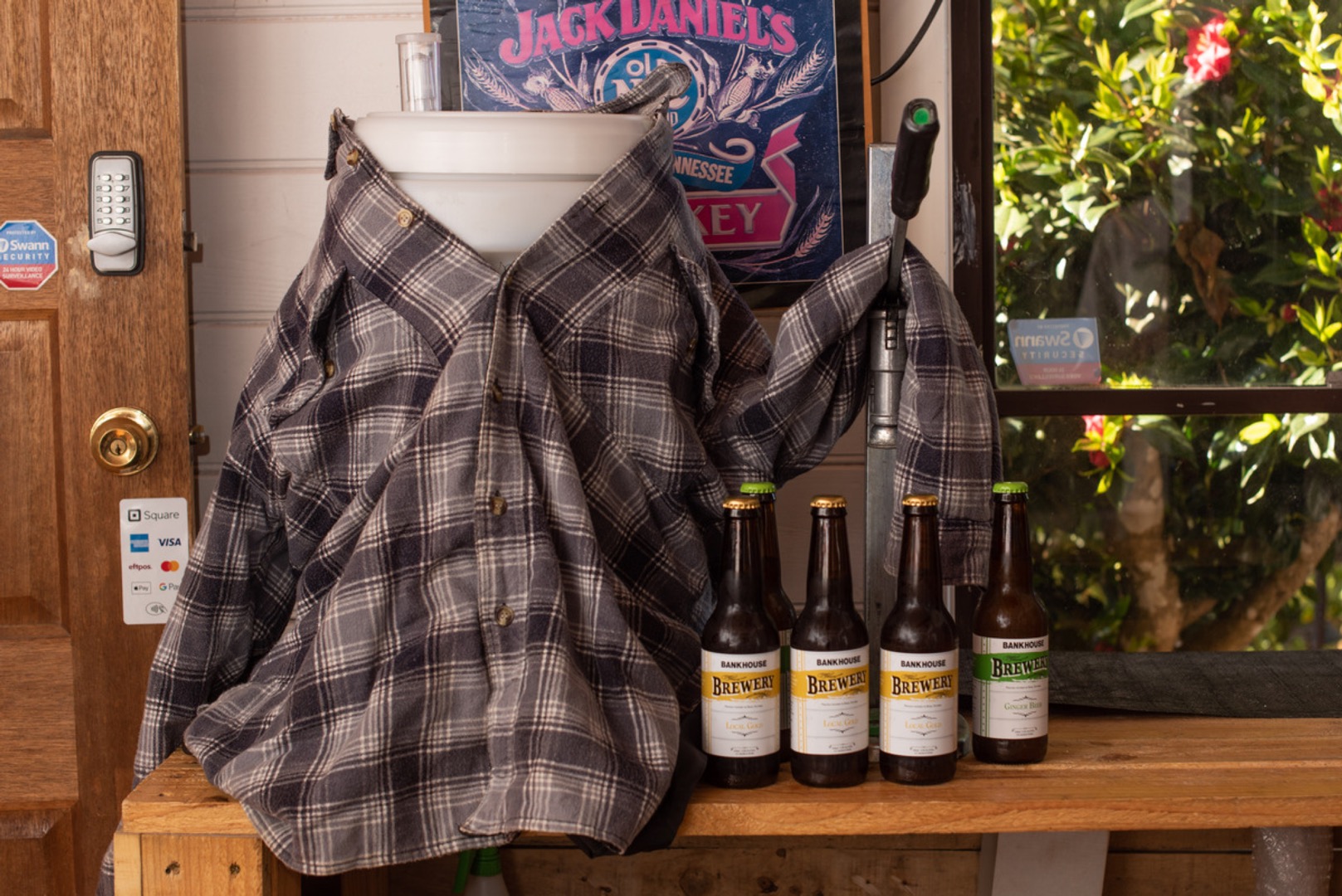 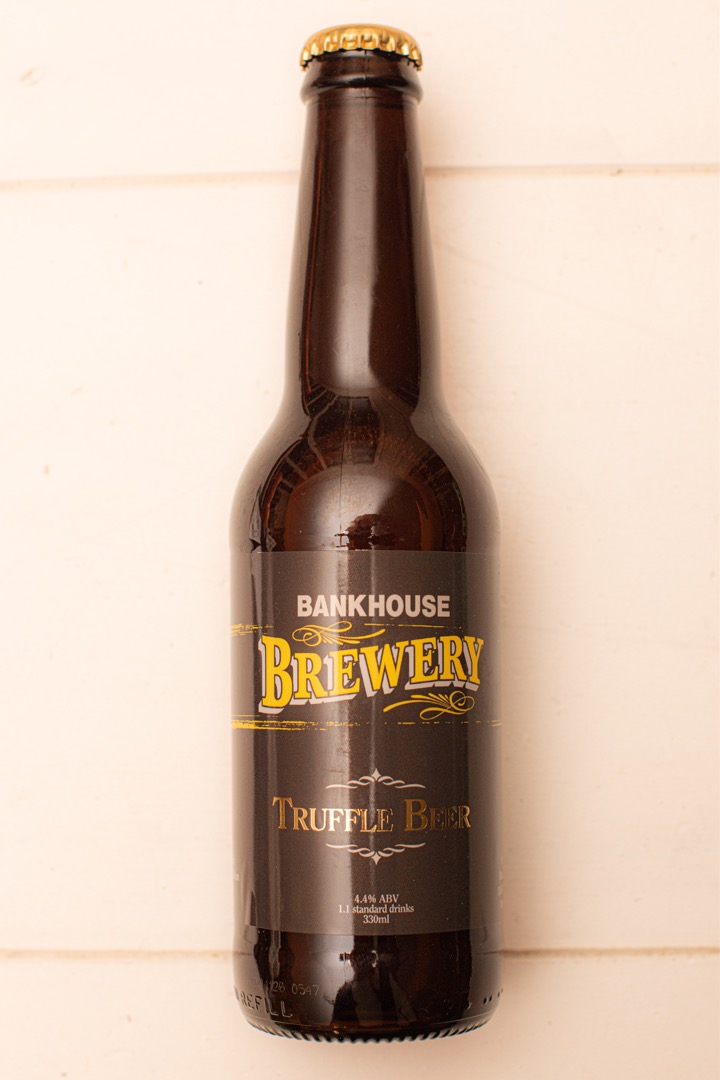 It’s the smallest brewery in Australia, based in a tiny 1880s weatherboard bank and producing just 44 litres of beer in any brew. And this winter Bankhouse Brewery released a beer made with locally grown truffles. Bankhouse is on the main road at Dean between Ballarat and Daylesford.

The brewer is Damien Norman, who reckons his micro-business is simply ‘a hobby that got out of hand’. He used to brew in the house, but his wife threw his brews into the shed. “It gets way too cold in Dean,” says Damien. “The old bank had a fireplace, so I started brewing in there.” The old ANZ bank served local farmers until the 1970s and since decommissioned. It is just 20 square metres, but the safe room has thick walls and is well insulated. Damien received his licence to sell beer in 2021. Despite the pandemic, he was able to build a large social media following, creating demand for his brews.

The Perle hops for the Truffle Beer were grown on a neighbouring farm, a ten-minute walk down the hill. Boutique grower AC Hops was founded by Al Tippett, an agronomist, and his wife Cass four years ago. In 2018 they wanted to diversify away from growing wheat and barley and raising sheep. Research showed them that within an 80 kilometre radius of their farm were more than 50 craft brewers. In 2019 they planted 700 hop plants in the deep rich volcanic soil as an experiment. Some of those hops end up in Bankhouse Brewery beers. The truffles for the beer come from one of the best-known truffières in the district. The truffles are microplaned into the warm wort, the liquid extracted from mashing the malted barley with water. The grated fresh truffle sits in the wort for several hours before the wort is strained and then fermented.

Bankhouse Truffle Beer is a lovely smooth ale with a fine bead, delicate head with meaty malty flavours that finishes with the high savoury notes from truffle. You don’t get the funky, fungal aromas of the truffle, more the fine high, elevated fragrances. This is a great little beer to have with food such as cheese, duck and mushroom dishes.