The most hilarious postcards from regional Victoria have arrived 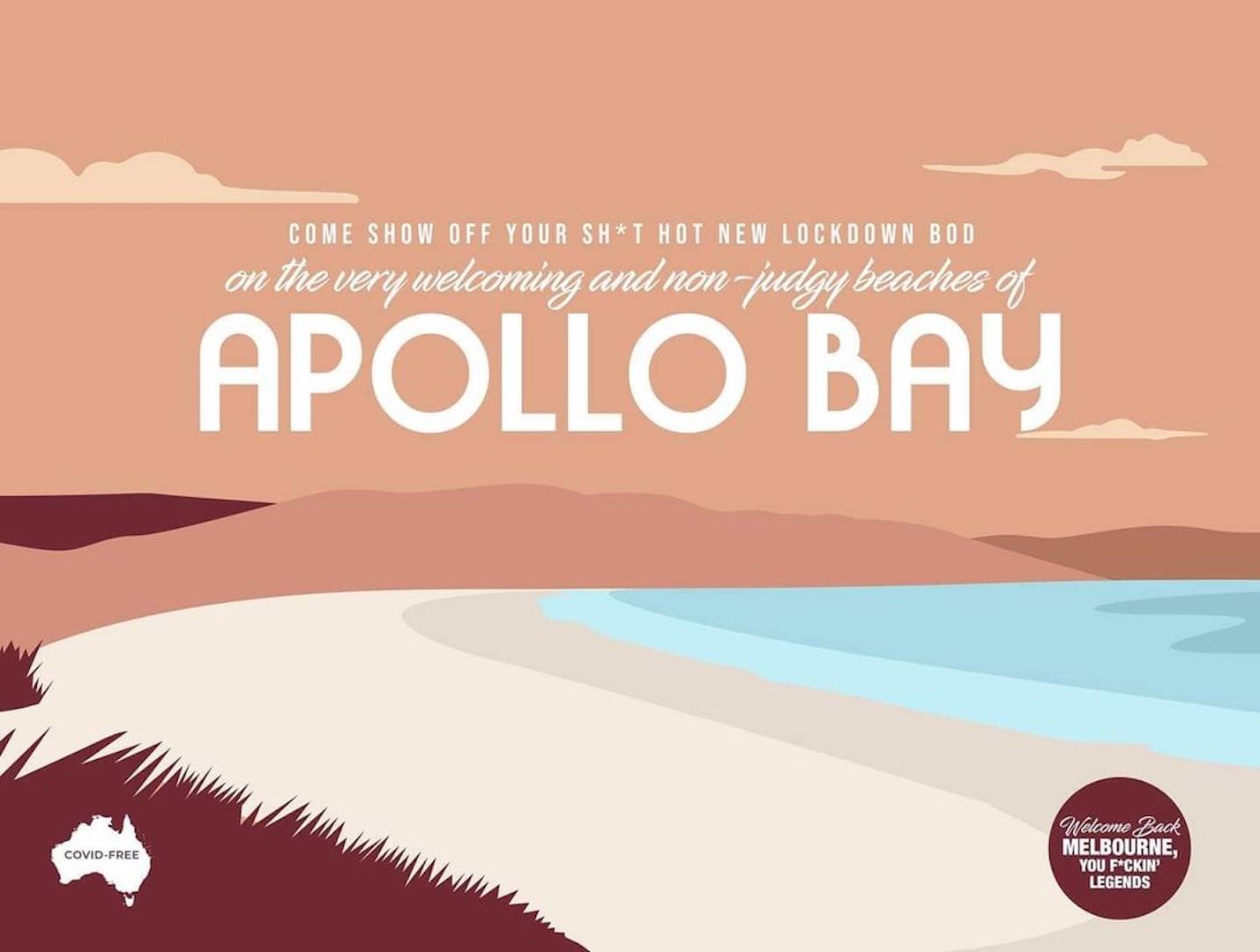 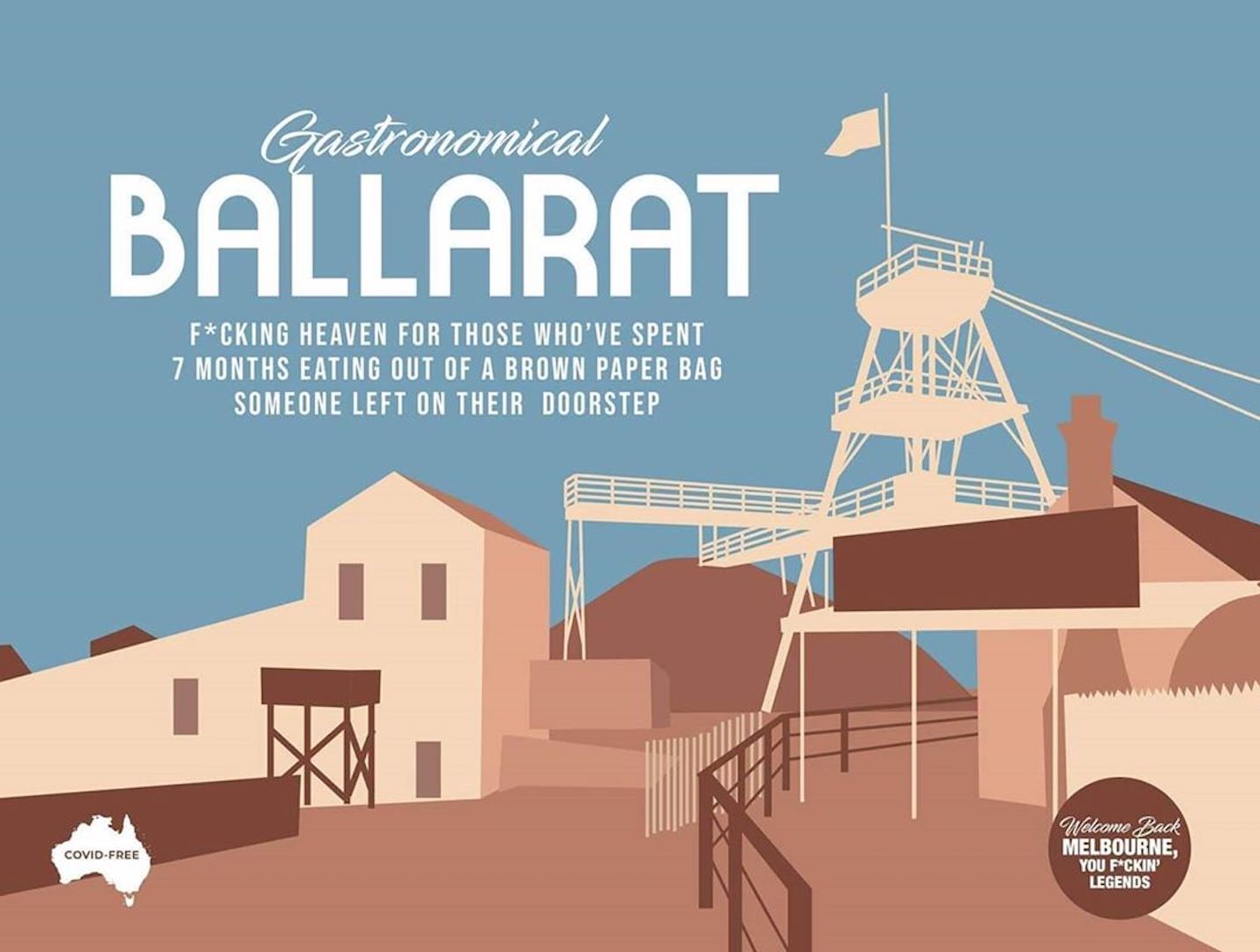 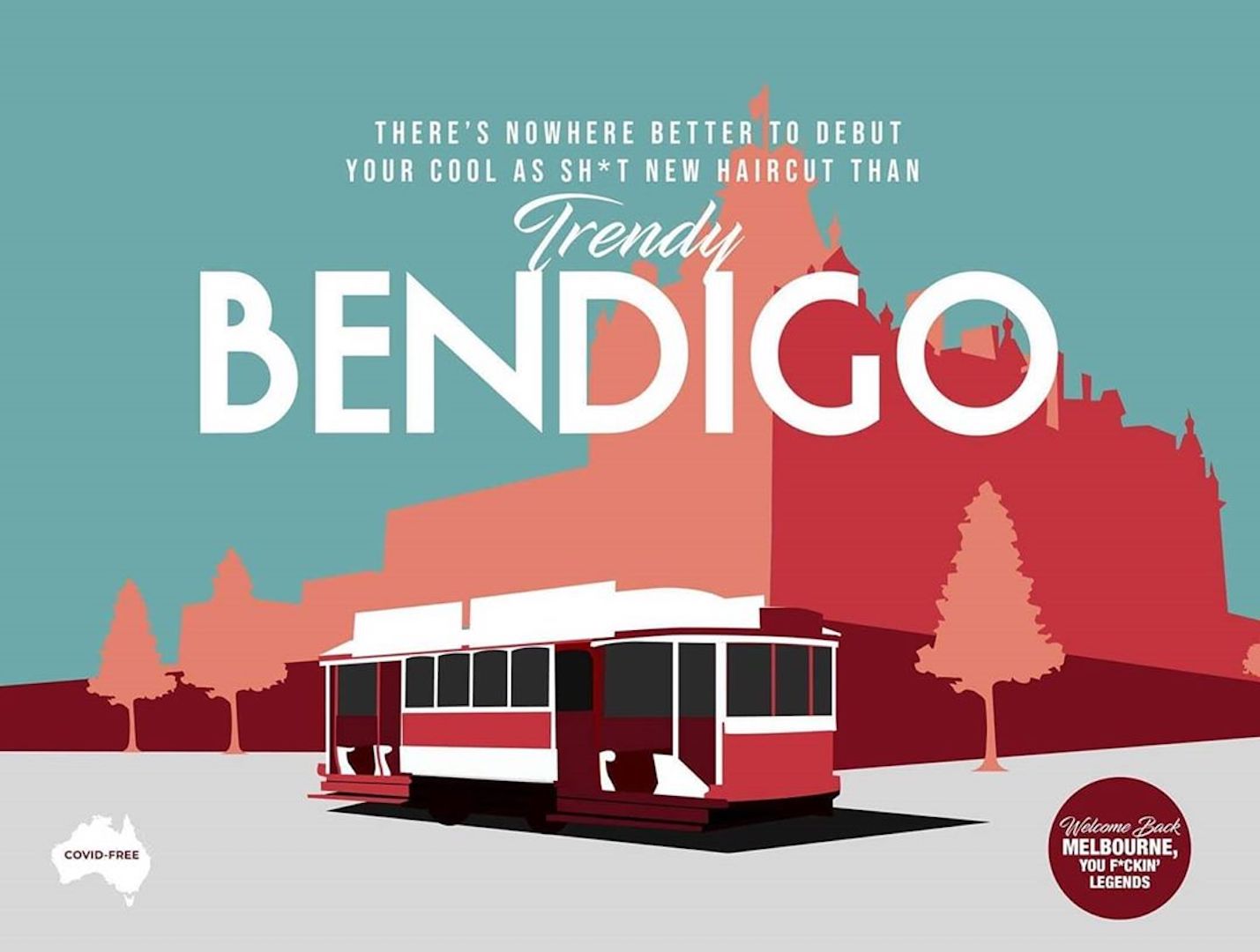 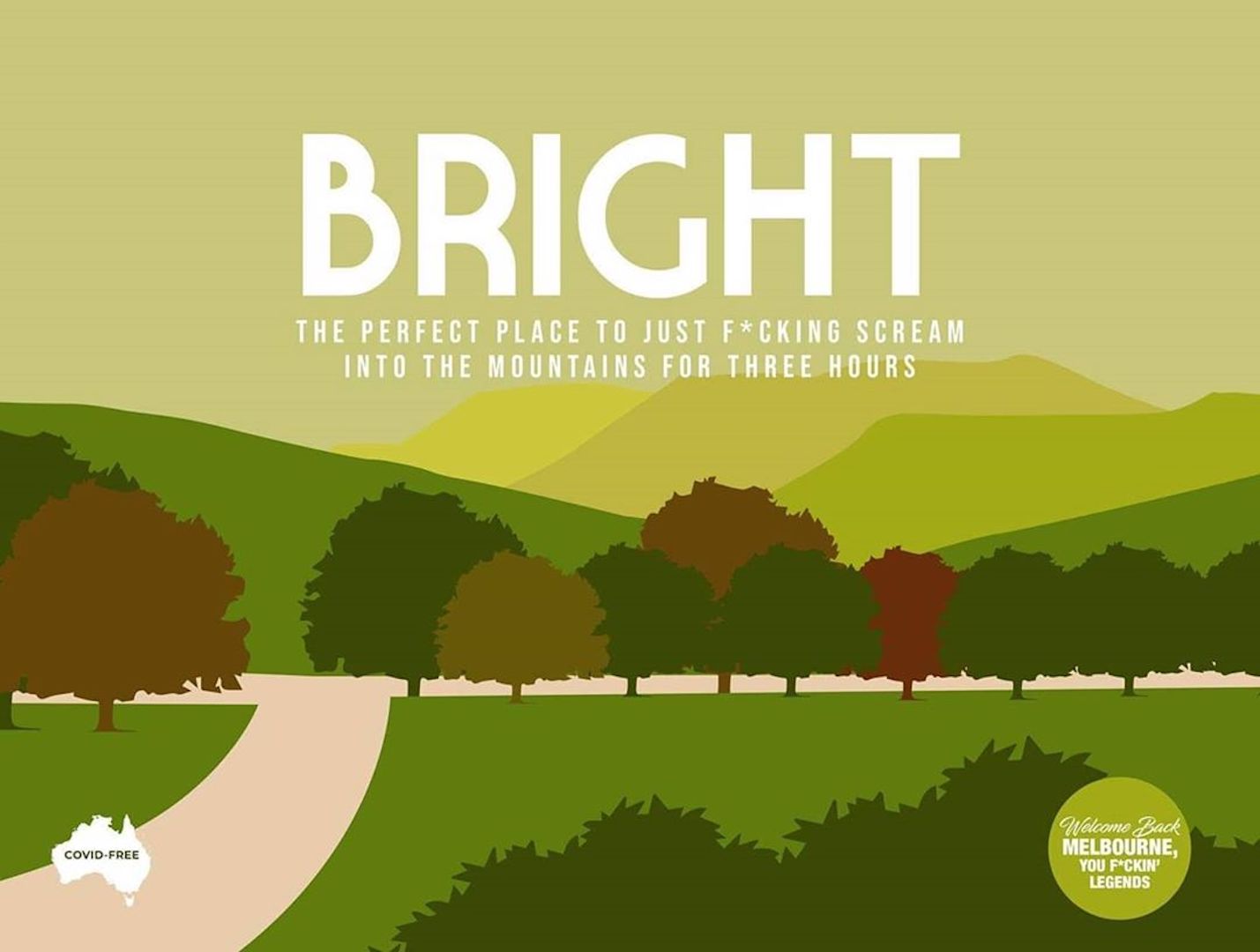 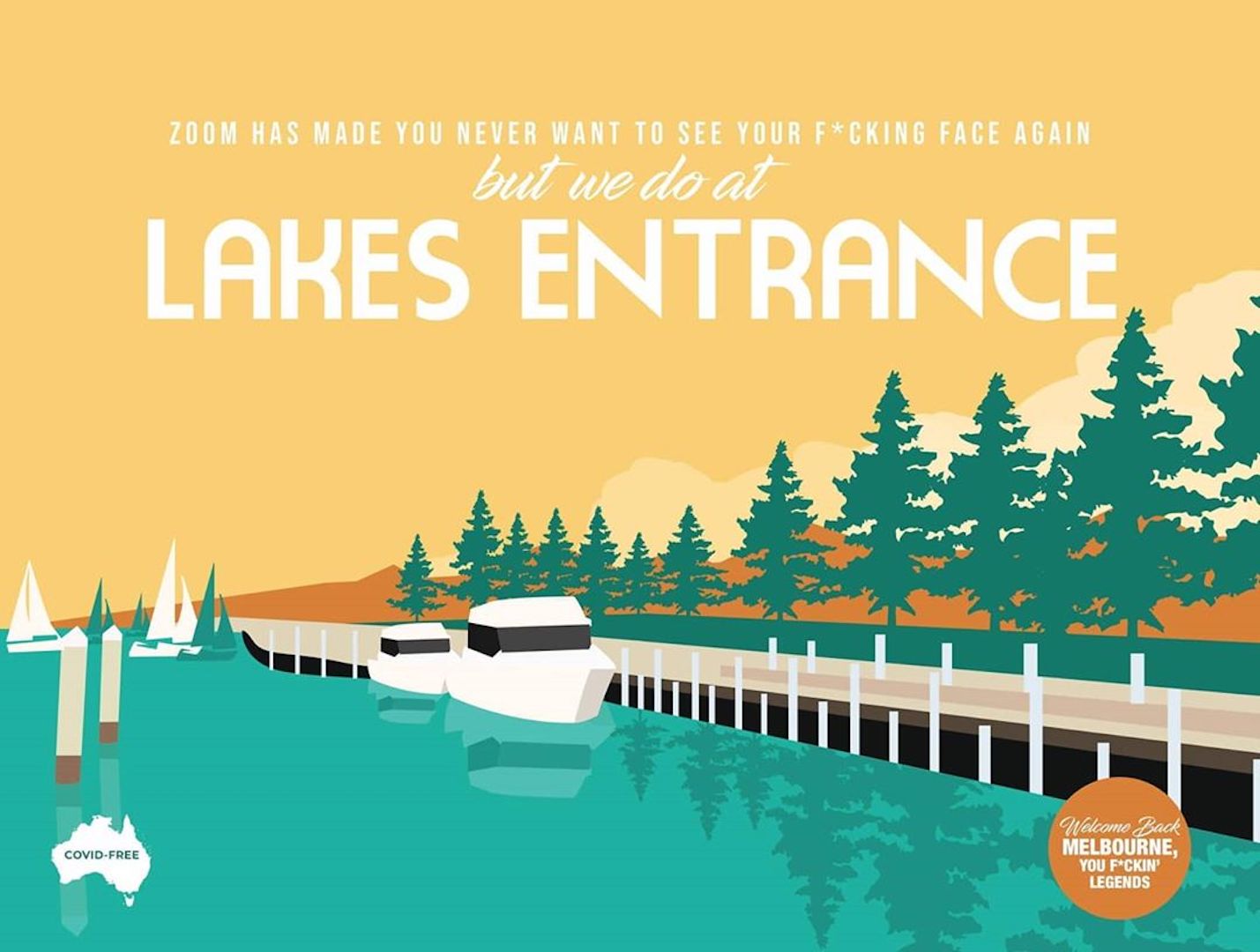 It’s safe to say the Internet has been every Victorian’s saving grace during lockdown. It’s kept us connected, informed and most importantly, entertained when all other worldly delights were inaccessible to us.

Since the early days of our first wave, we’ve gathered some much-needed lols through social media – and there is one collection of memes circulating that speak such golden truth about regional travel, we just had to give it a special mention.

Several “postcards” featuring a different regional Victorian town landed on Twitter this week, each more hilarious than the next. Written by the rather witty tweeter @wheelwordsmith (the mastermind behind the viral joke account @LenaDunhamApols) and designed by Guillermo Carvajal, the postcards invite Melburnians back to regional Victoria with a tagline that is just as true as it is funny.

From Bendigo to Apollo Bay, there’s a postcard for nearly every major township that Victorians now have the luxury to visit. Their creator, the eponymous “Wheels”, stated he wanted to celebrate the momentous occasion of the ‘ring of steel’ lifting with a bit of healthy cheek.

“Come show off your sh*t hot new bod on the very welcoming and non-judgmental beaches of Apollo Bay” he writes on one. And my personal favourite: “Bright, the perfect place to just f*cking scream into the mountains for three hours.”

The new releases come off the back of some earlier postcards when the ‘ring of steel’ was first implemented – the idea then being to keep Melburnians away from regional Victoria. An ‘anti-tourism’ campaign,  if you will. They garnered a huge reaction across the socials, reminding locals they probably should in fact stay home.

Now, thankfully, we can laugh at memes and get back to what we love most; travelling through this awesome state. Here’s to the end of the ring of steel, and here’s to Twitter for getting us through it!