Five Places To Get In Touch With Your Inner Bushranger 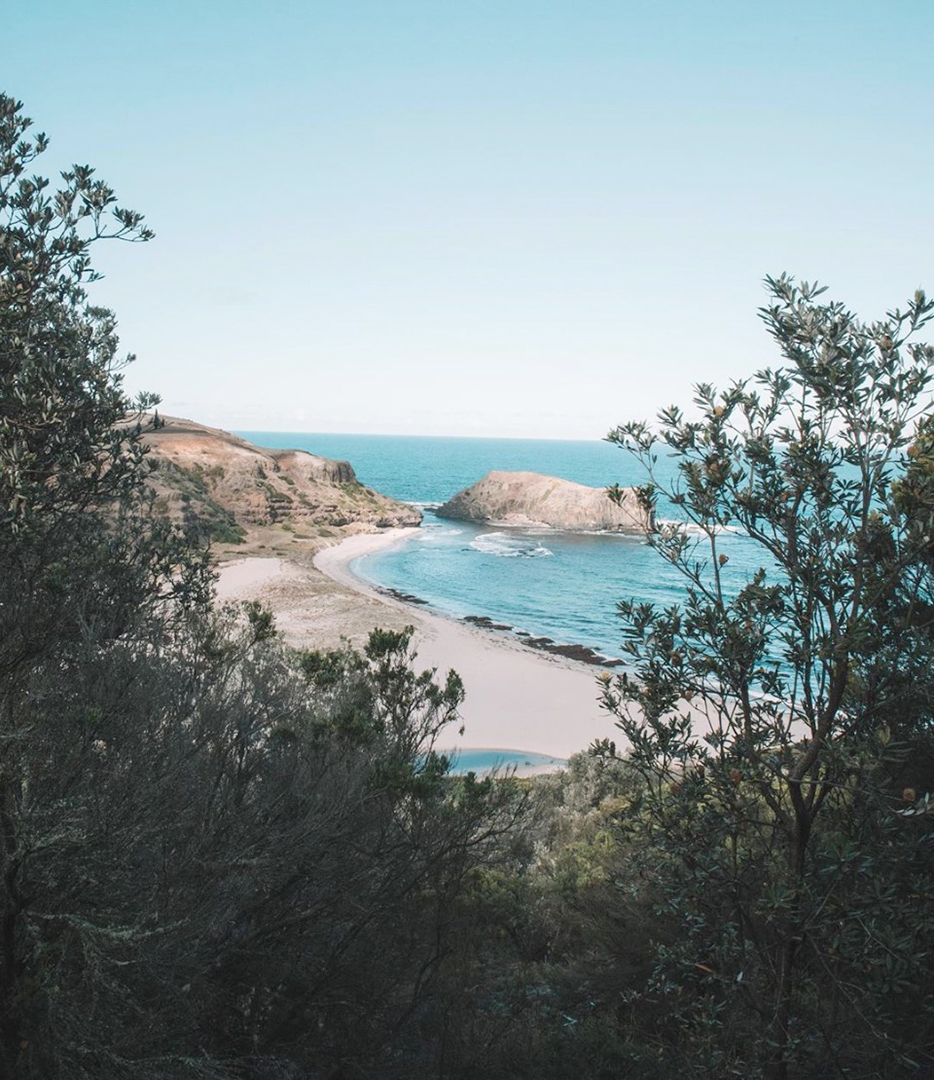 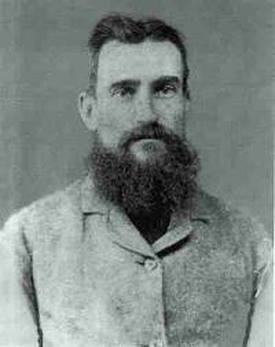 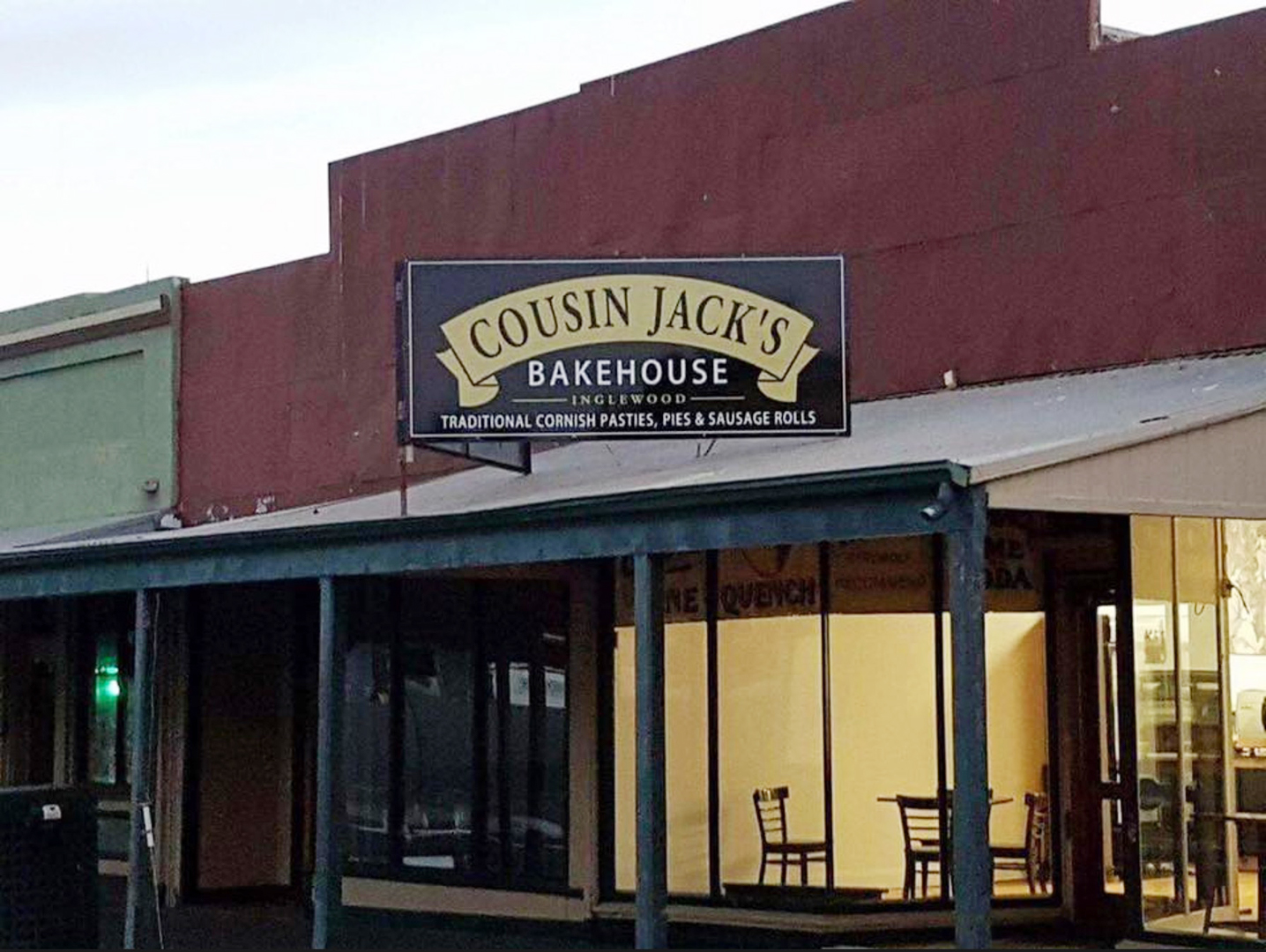 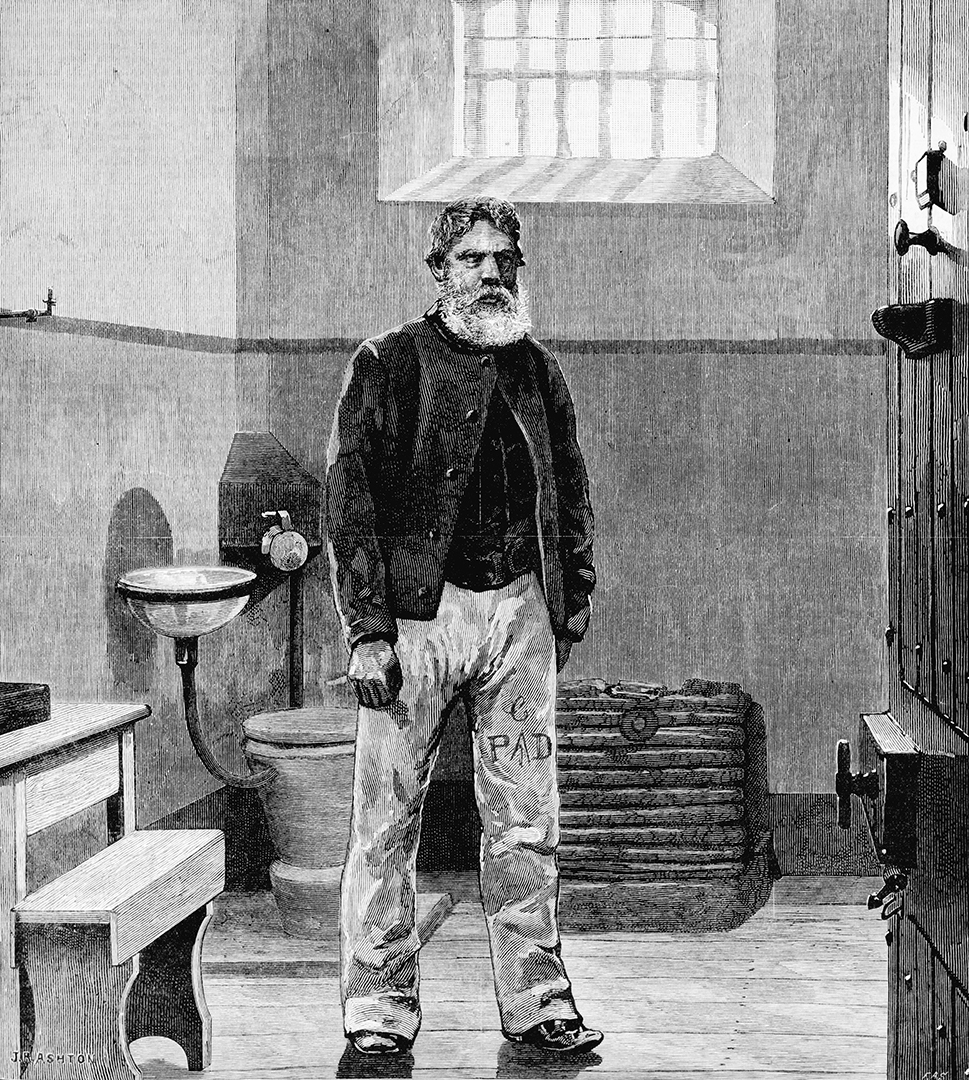 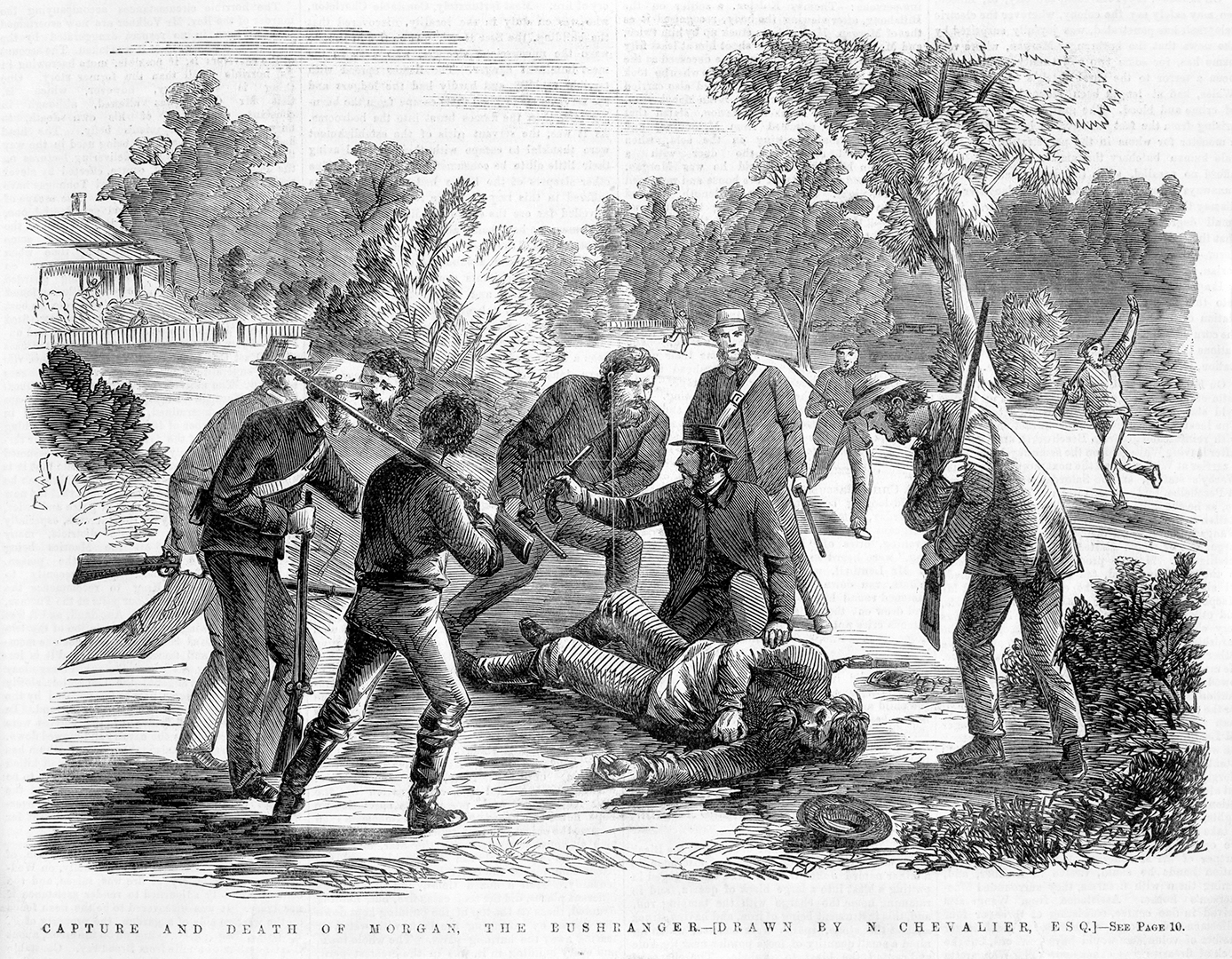 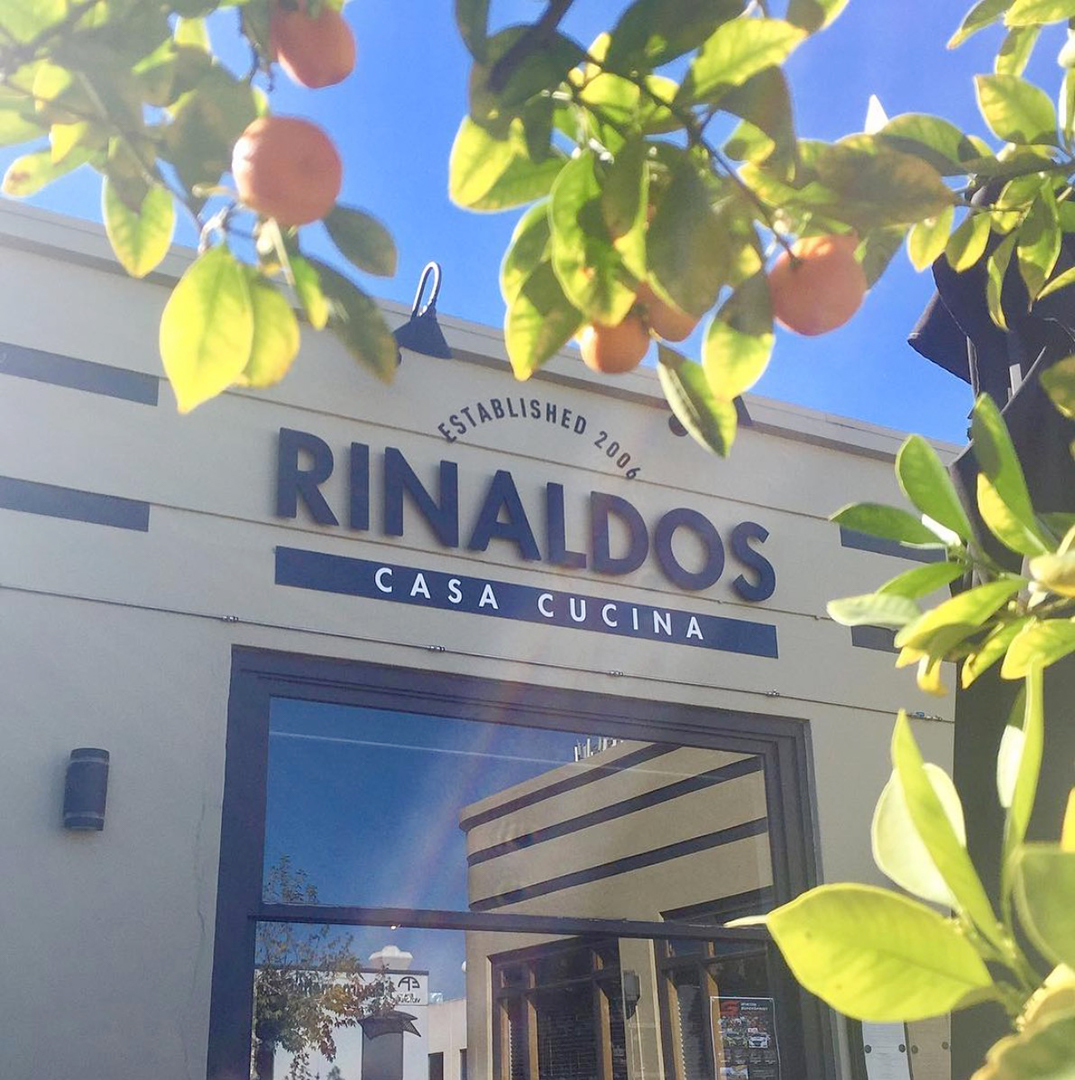 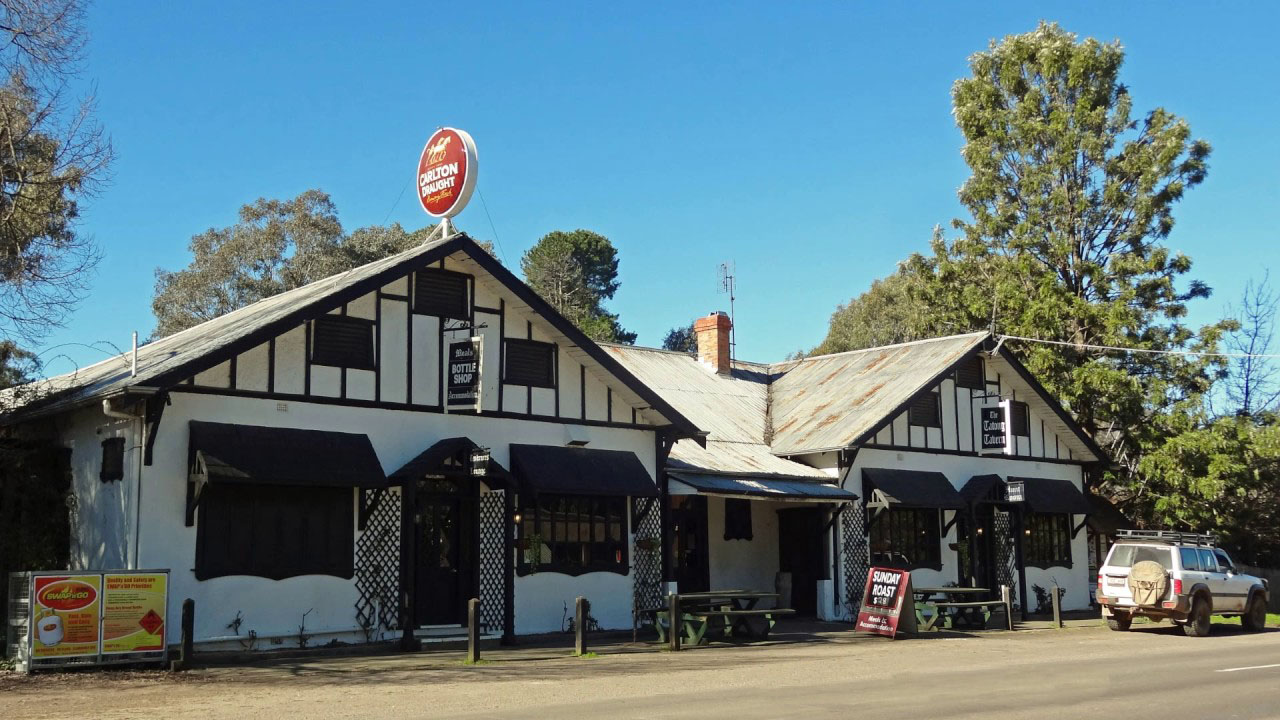 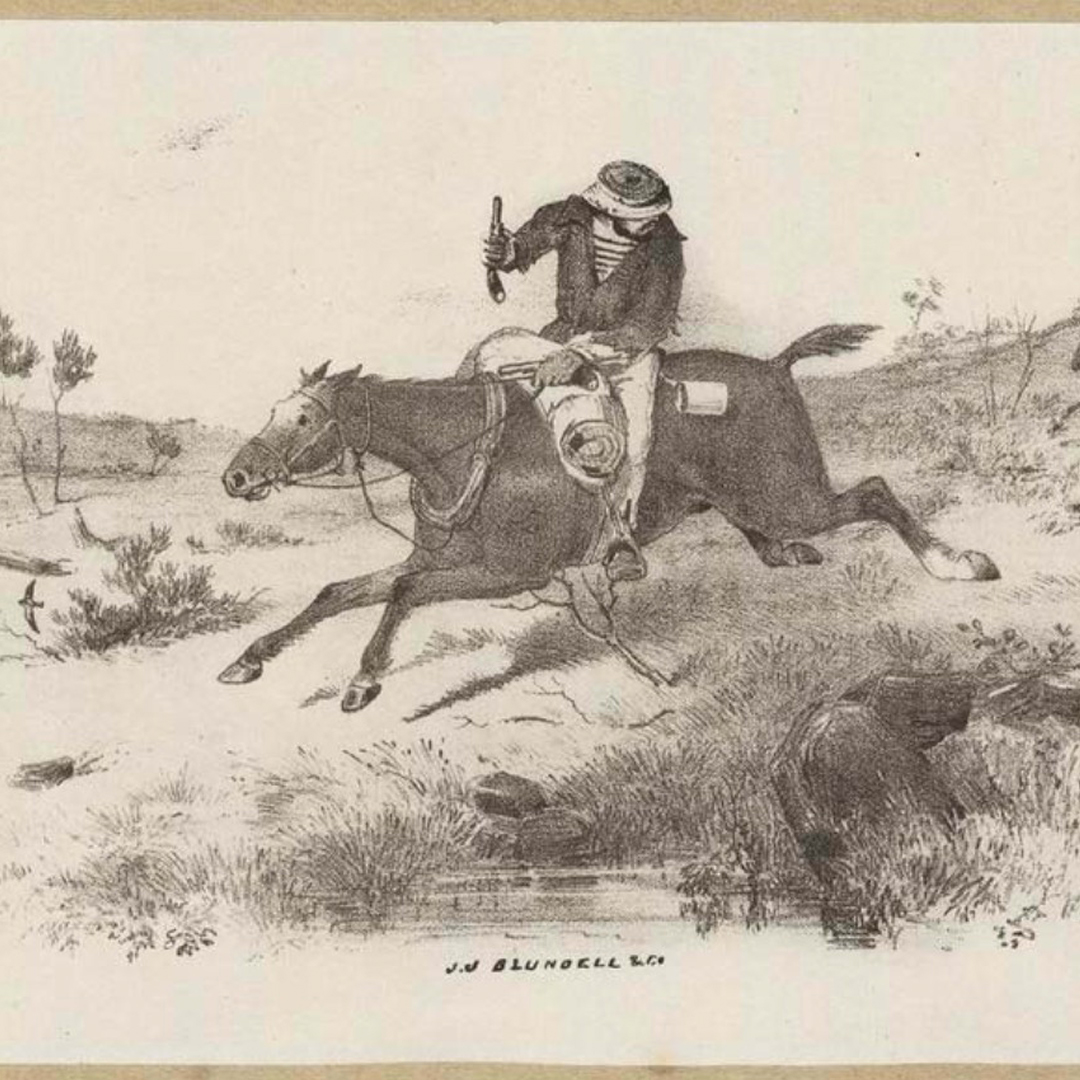 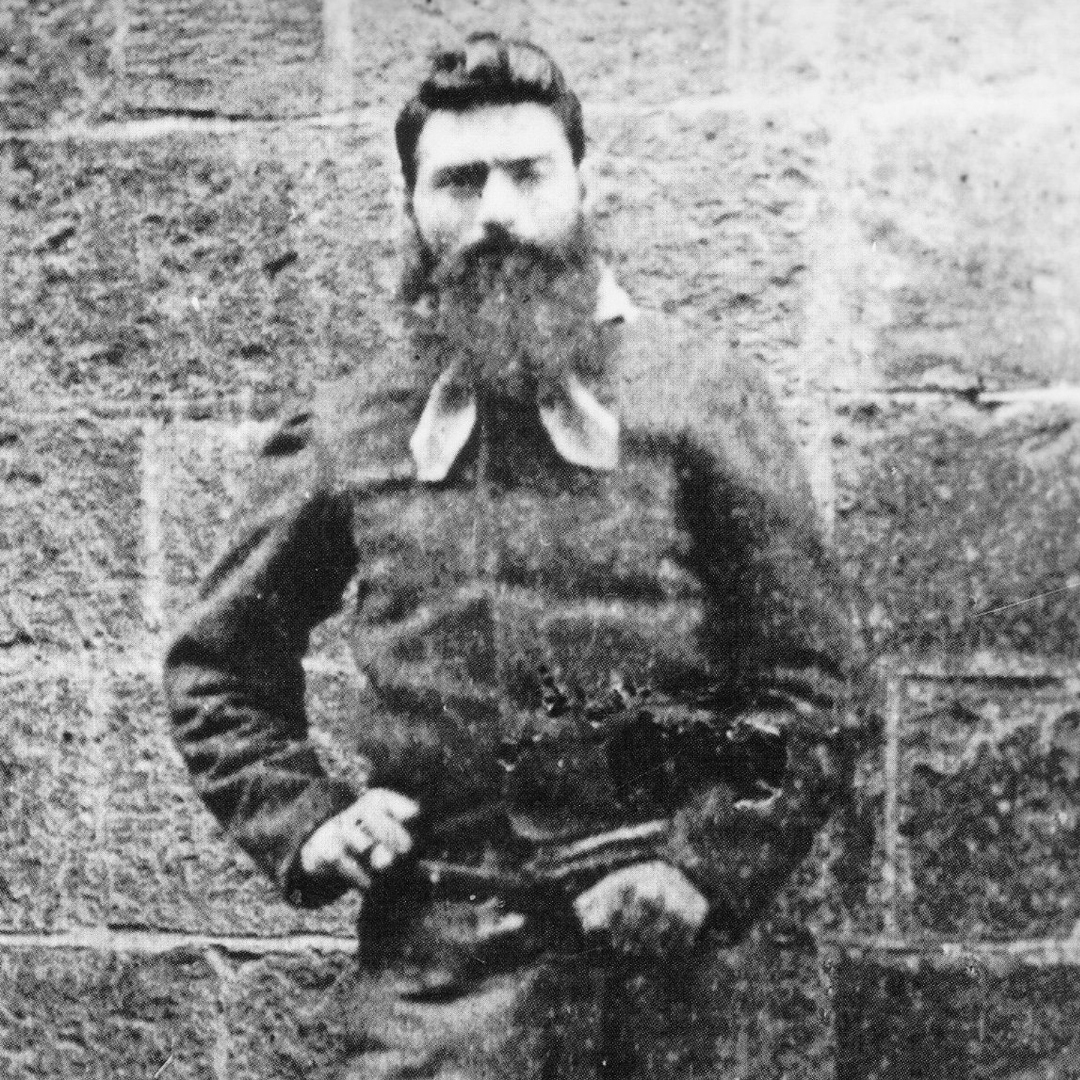 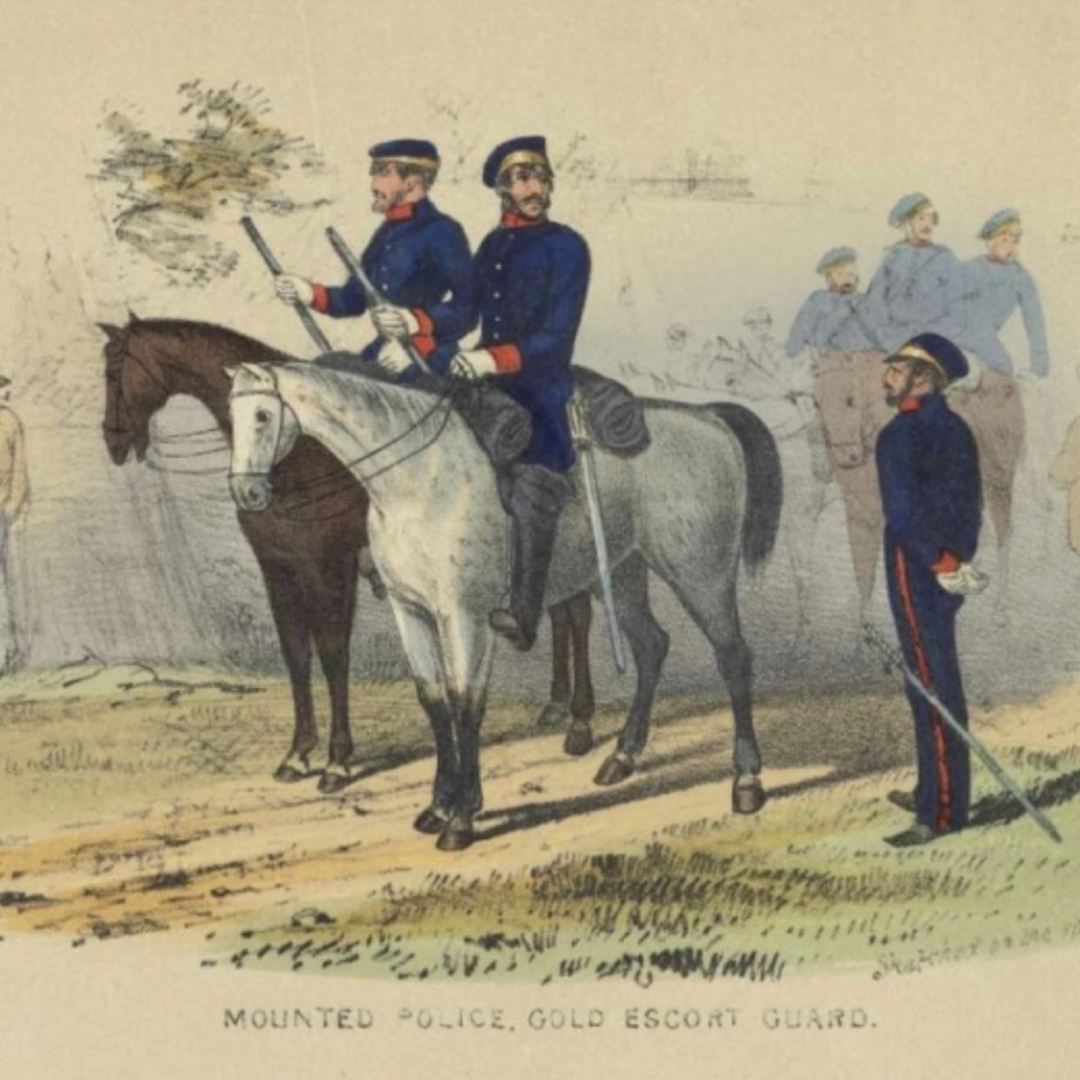 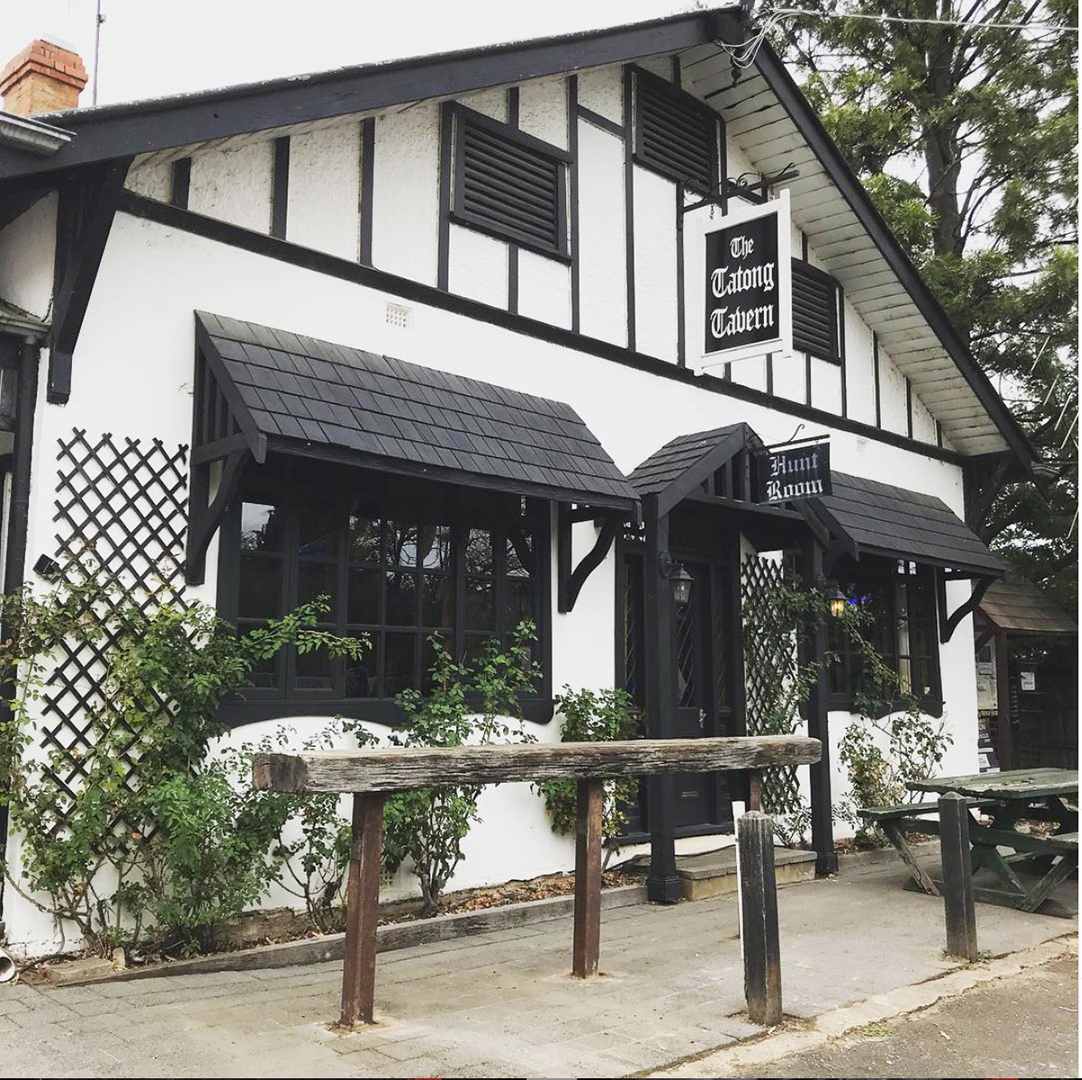 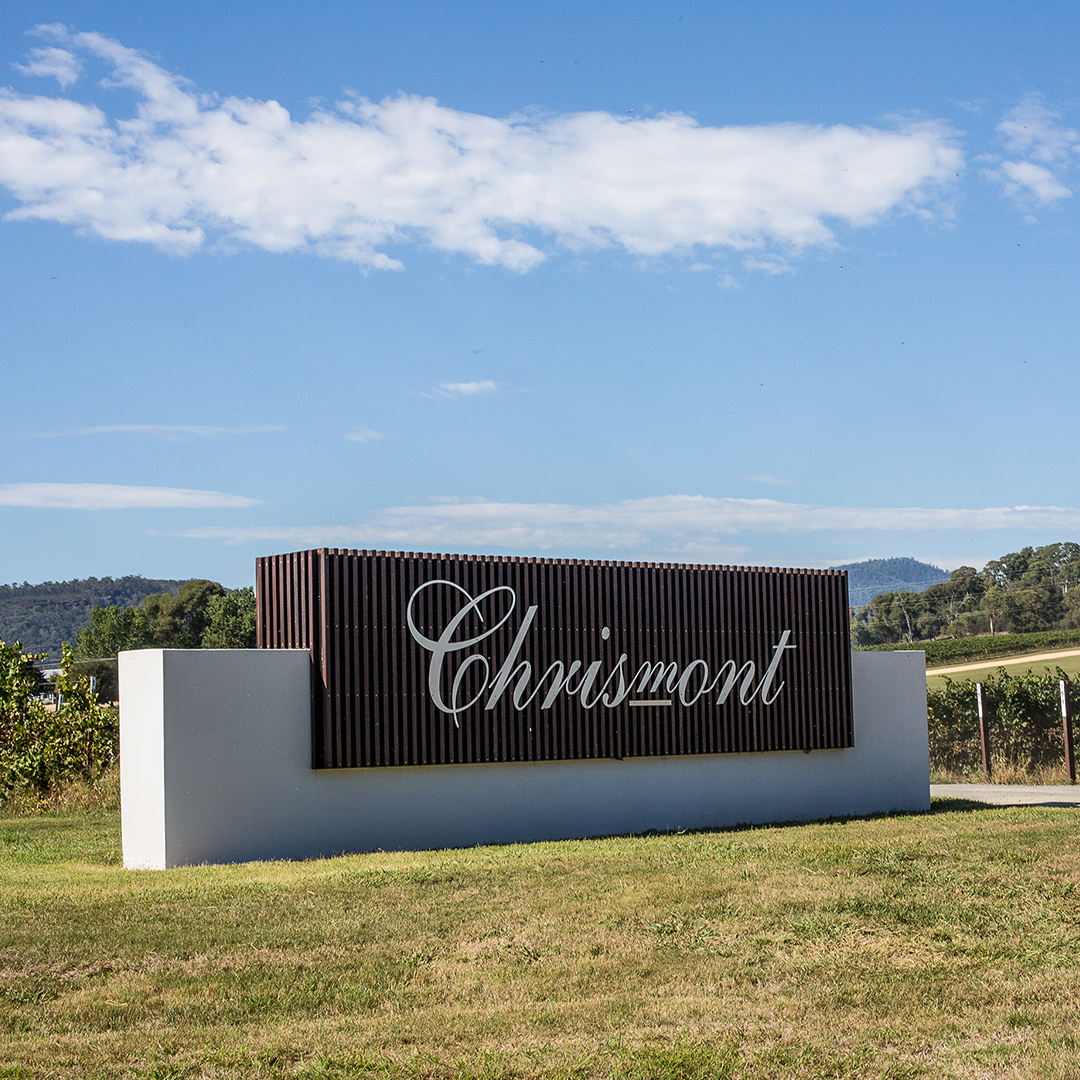 Bushrangers used to roam St Kilda Road holding up carriages on their way from Brighton or St Kilda to do banking in ‘town’, as Melbourne was known in the 1850s. Some bushrangers were more benevolent than others, such as Scottish born Captain Melville who was known as the ‘Gentleman Bushranger’. Others were cold blooded murderers who would shoot their offsiders to evade capture. They roamed the countryside in the mid 1800s leaving a trail of mayhem and tall stories. You can follow in their footsteps and in doing so see some of the most beautiful parts of Victoria.

Deep in the forest between Benalla and Mansfield old box gums tower silently over the flats at Stringybark Creek. Their great trunks and massive girth have somehow missed the forester’s saw. They were witness to a bloody ambush that took place on the 26th of October 1878. On that day three policeman, Sergeant Michael Kennedy and Constables Thomas Lonigan and Michael Scanlon were shot and killed by bushranger Ned Kelly. The policeman were camped in the bush searching for the outlaw Kelly, his brother Dan and Joe Byrne and Steve Hart. Policeman Kennedy and Scanlon left their camp to scour the scrub. The Kelly Gang ambushed Lonigan and another Constable Thomas McIntrye. Lonigan tried to escape, went for his gun, but Kelly shot him through the head. McIntyre was held hostage by the Kelly gang. When the other two policeman returned, McIntyre was just about to tell them to surrender. Instead Kelly called out, “Bail up, hold up your hands’. Scanlon drew his gun and fired on Kelly. He missed and was shot and killed. Kennedy jumped behind a tree and fired on the gang. He too was shot and killed. In the melee McIntyre jumped on Kennedy’s horse and escaped.

Today crimson rosellas dart between the trees and kookaburras cackle in the distance. You’ll find a walking track, interpretive signs and a campground nearby. The nearest pub is the Tatong Tavern. Come here for traditional roast meats with all the trimmings, a hearty bowl of soup or perhaps a plate of old fashioned lamb cutlets washed down with a local red.

Harry Power ended his long criminal career as a 70-year-old tour guide on the former convict ship Success. Born in Ireland and transported for stealing a pair of shoes he arrived in Hobart in 1842 and moved to the Port Phillip District in 1848. During the gold rush he was convicted of horse theft and shooting a policeman. He was sent to the convict hulk Success where he spent time with fellow bush ranger Captain Melville with whom he was implicated in, but never convicted of, the murder of two other prisoners. He was sent to H.M. Prison Pentridge but after seven years later he escaped to the Ovens River District. There he robbed the locals and trained up a young Ned Kelly in the dark arts of highway robbery and remaining hidden in the bush.  In May 1869 he held up the mail coach at Porepunkah and went on a crime spree in which he claimed he committed over 600 robberies .With a price of £500 on his head he was captured and spent his later life working at the Clarke mansion at Sunbury. Power was released with good behaviour and in 1891 he became a tour guide on the Success. Once his floating prison it had become a tourist attraction.

One of his favourite haunts was a ridge near Whitlands overlooking the King Valley and the Victorian Alps. This is now a scenic reserve that is easily reached by Powers Lookout Road, Whitlands and offers stunning views of the surrounding country. It also looks out over Chrismont Cellar Door and Restaurant where you will get some excellent traditional Italian food served with Chrismont’s cold climate wines.

The Jaara Jaara Aboriginal people were using the weathered rock shelters in the Kooyoora area 200km north of Melbourne long before bushranger Captain Melville came along. The trees surrounding these massive granite rocks still bear scars where the Jaara Jaara peeled away bark to make baskets to collect food. Melville came to this labyrinth of caves to hide from the law. The Inverness born man was a thief by 12, on a convict ship by 15 and was in front of judge 25 times during his stint at Port Arthur. He spent over a year in the bush with the Tasmanian aboriginal people before landing in Victoria in 1851 turning to bushranging around Mount Macedon and the Central Goldfields. It was during this time he used the caves as a hideout. He was known as a gentleman robber and would arrive at sheep stations and pay for his breakfast ‘in lordly fashion’. He was arrested on Christmas Eve 1852 in Geelong after living it up at Christy’s Inn and visiting a nearby brothel. He was captured and spent time in the convict hulk Success with North East Victorian bushranger Harry Power. He tried to escape by boat to Gippsland but was arrested and several years later was found strangled in his cell in Melbourne Gaol.

If you make the trip to see Melville Caves there are some great bush walks. After which you’ll appreciate a truly authentic Cornish pasty from Cousin Jack’s Bakehouse, 48 Brooke St, Inglewood.

It was Philippe Mora’s 1976 star studded film Mad Dog Morgan by which Australians best know one its most violent bushrangers. In it Dennis Hopper of Easy Rider fame played the psychopathic criminal who was born John Fuller near Campbelltown in NSW in 1830. In 1854 he was sentenced to 12 years hard labour after being convicted of highway robbery near Castlemaine. He too spent time on the hulk Success. Earning leave for good behaviour after four years he left for the King Valley where he returned to horse stealing and other crimes. He used stolen horses to visit his mother in Bathurst. He kept his head low until 1863 when he committed a series of highway robberies. Confronted by police he shot his offsider to evade arrest. He left a trail of fatal police shootings and gunpoint robberies behind him when he arrived at Peechelba station near Wangaratta (owned by the MacPherson family, later to be of Waltzing Matilda fame.) A nursemaid was allowed to leave the holdup scene and raised help. The next day Morgan was shot by police and later died.

His body is buried in Wangaratta Cemetery, his grave marked by a large granite boulder. When we visited the grave we drove to the banks of the Ovens River and dined with Adam Pizzini on his superb handmade pasta at his Italian diner Rinaldos Casa Cucina.

This pair of infamous ruffians met in chains on Norfolk Island. Later, in 1853, after a crime spree across northern Tasmania they hijacked a ship and demanded it sail for Port Phillip Bay. The ship did not pass through Port Phillips heads but instead landed on a remote bay on the Bass Strait coast of the Mornington Peninsula. They made their way through the bush to Mount Martha and then to Brighton where they shot a man for his food and clothes. They broke into homes in Prahran and Richmond and forty days after arriving in Victoria, held up 11 people in a home in Kyneton. They were arrested and later hanged in Melbourne Gaol.

The site where they first arrived in the colony is the mouth of Main Creek. It flows from Arthurs Seat to what is now called Bushrangers Bay near Cape Schanck. The Two Bays Trail follows Main Creek and is a 26km walking trail from Dromana to Cape Schanck. Many avid walkers take the track and finish at the RACV Resort Cape Schanck, stay the night and dine at the award winning Cape Restaurant.