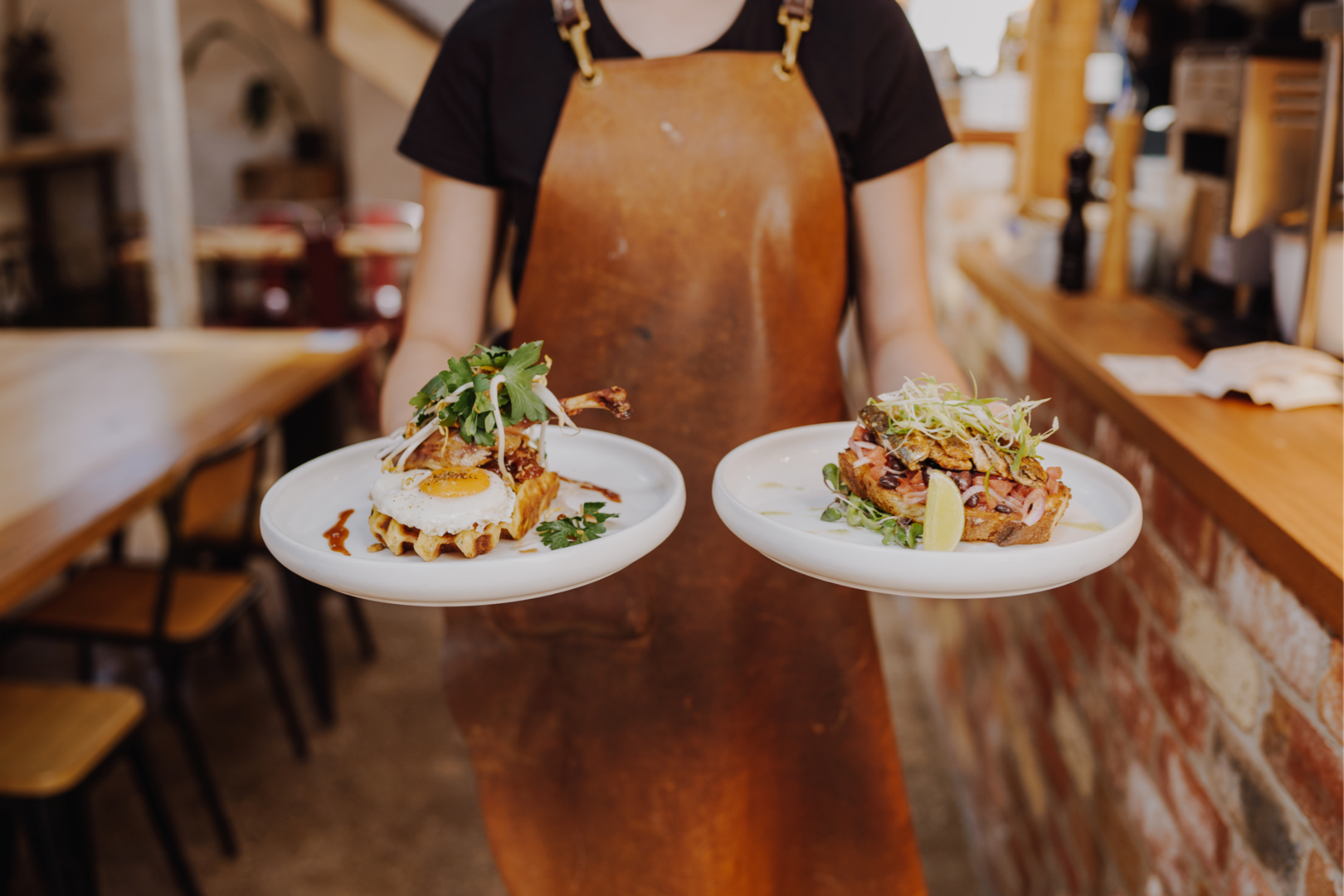 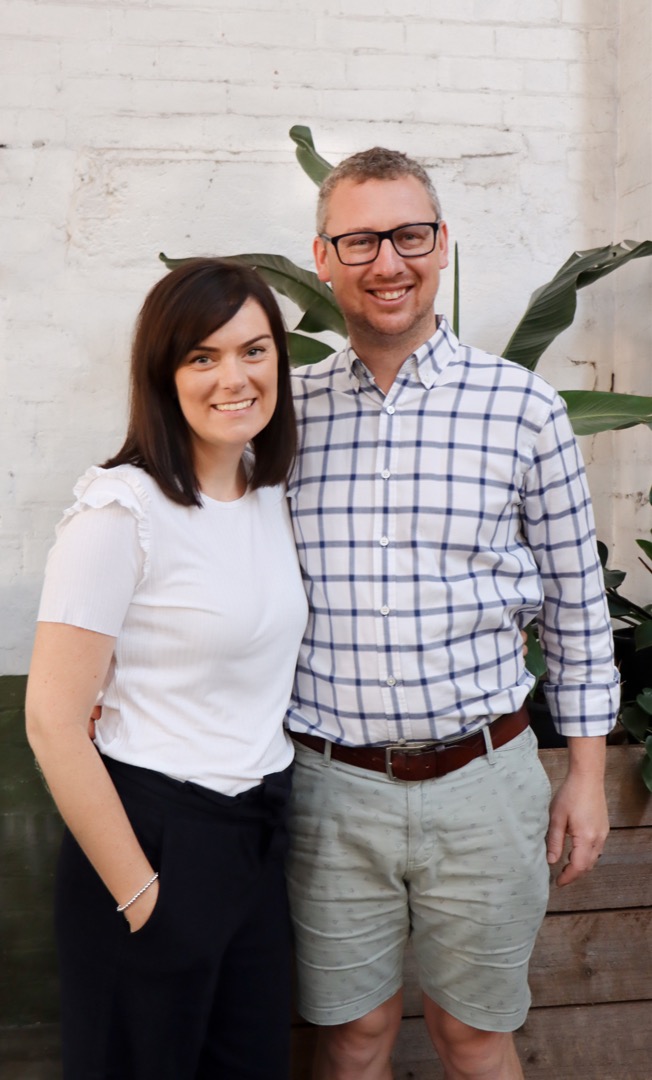 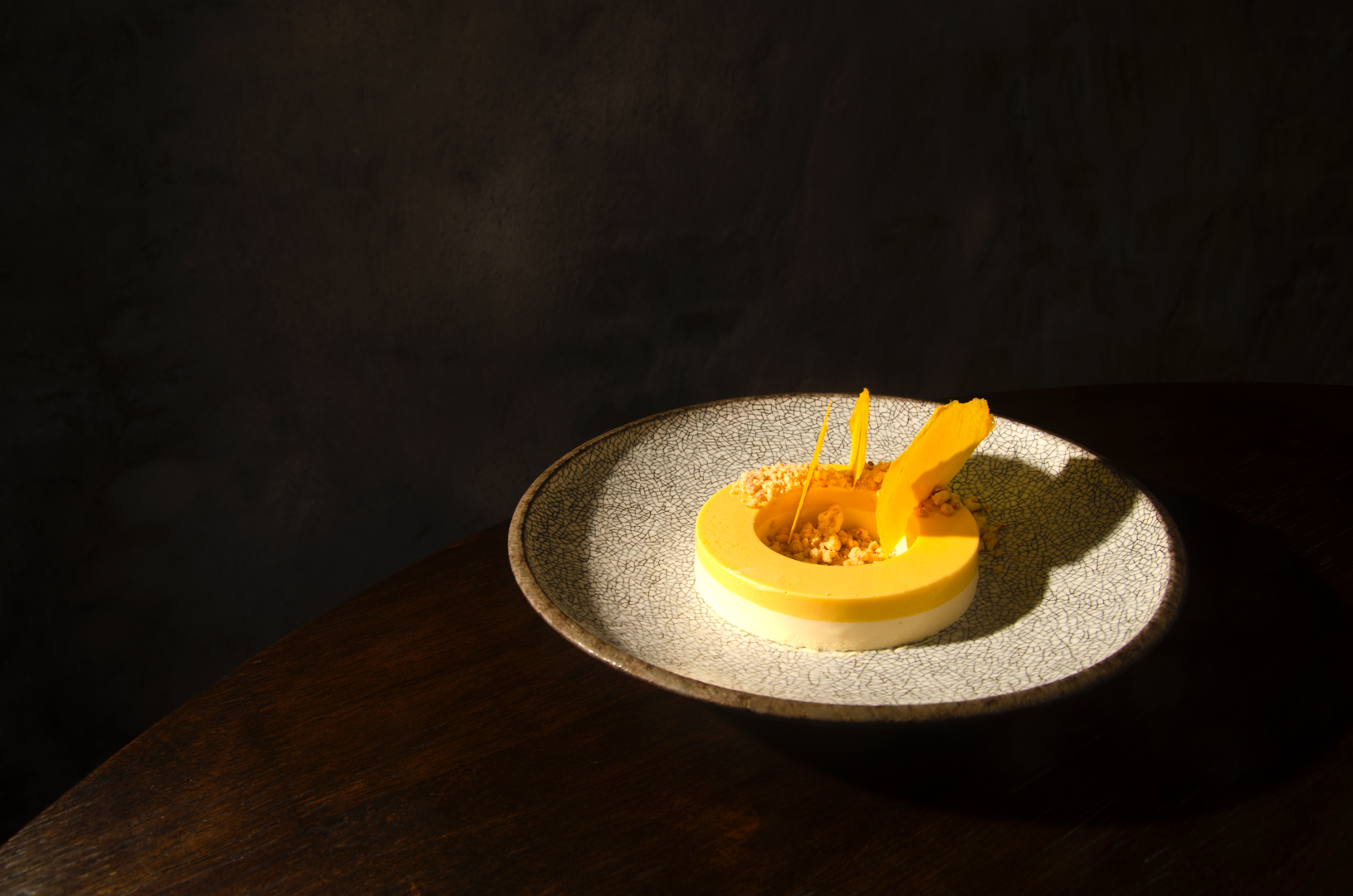 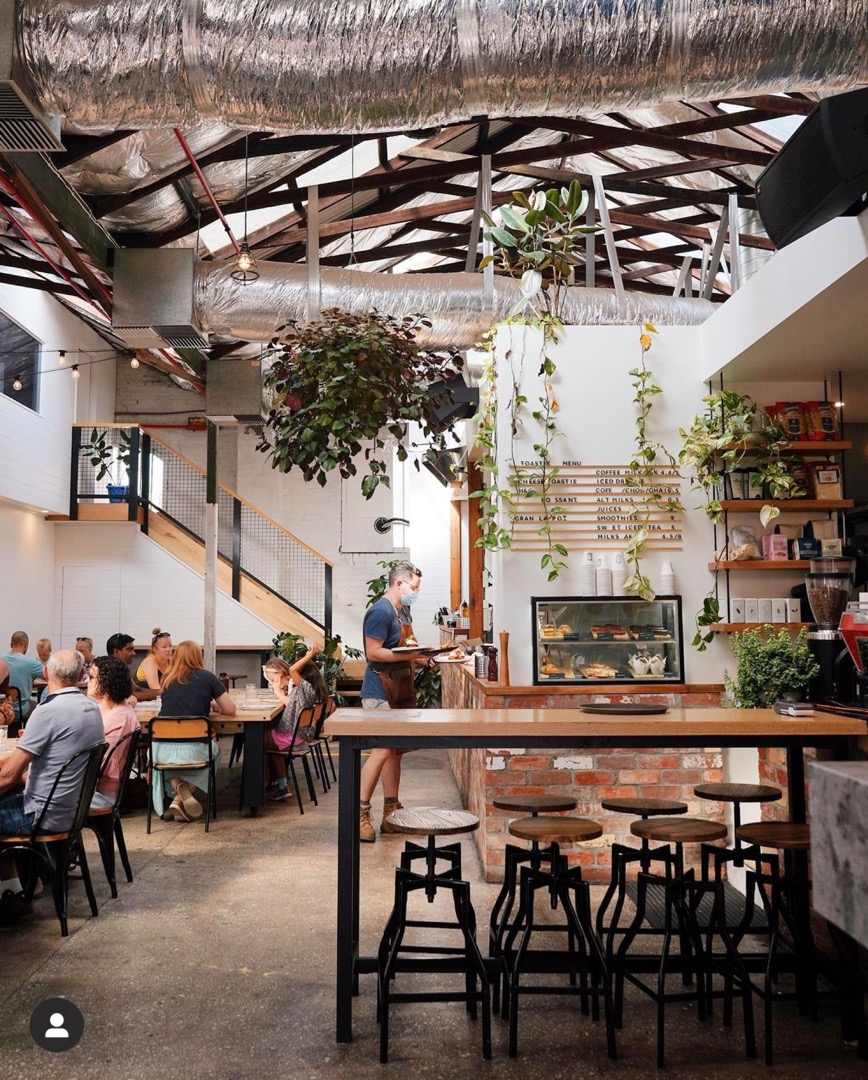 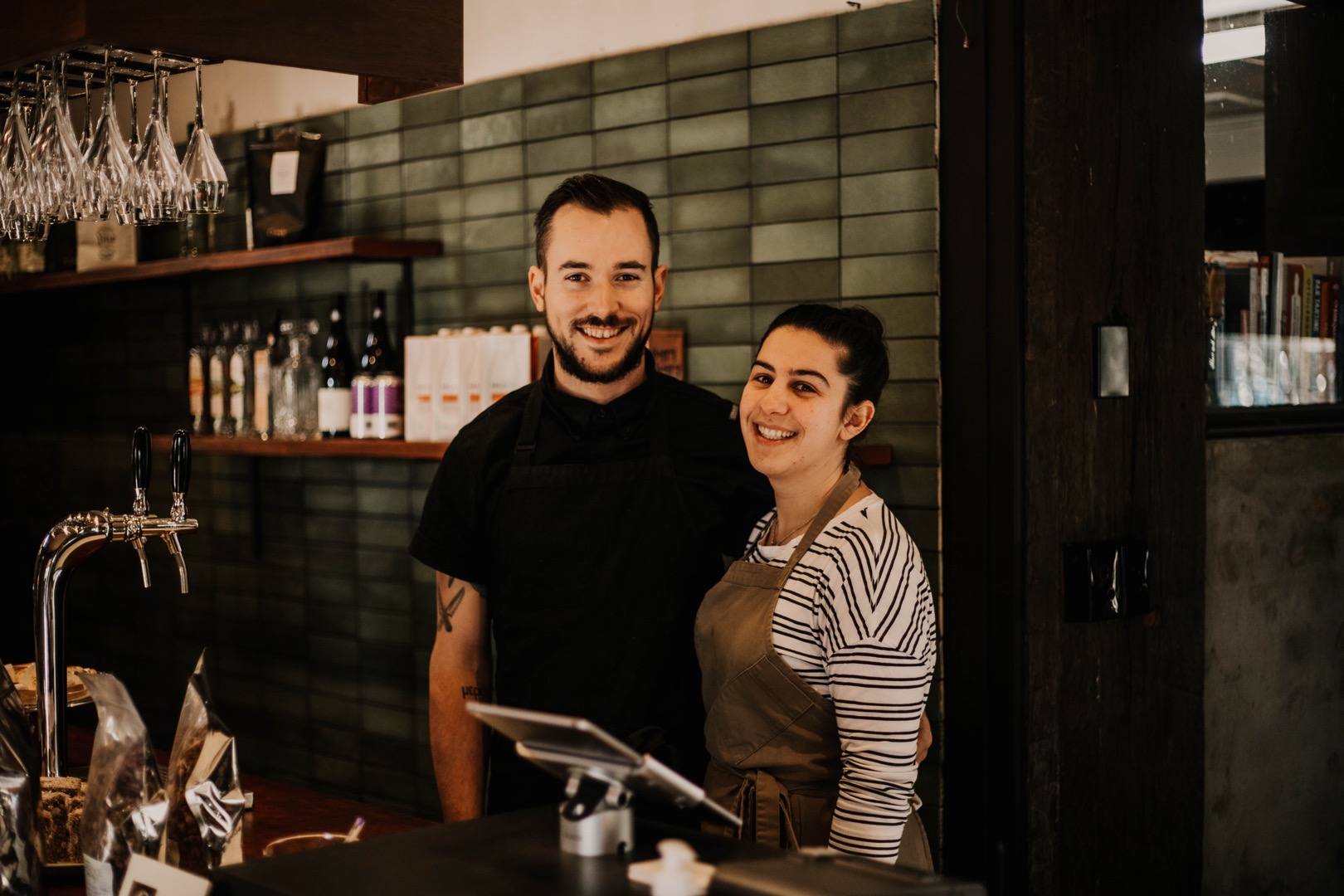 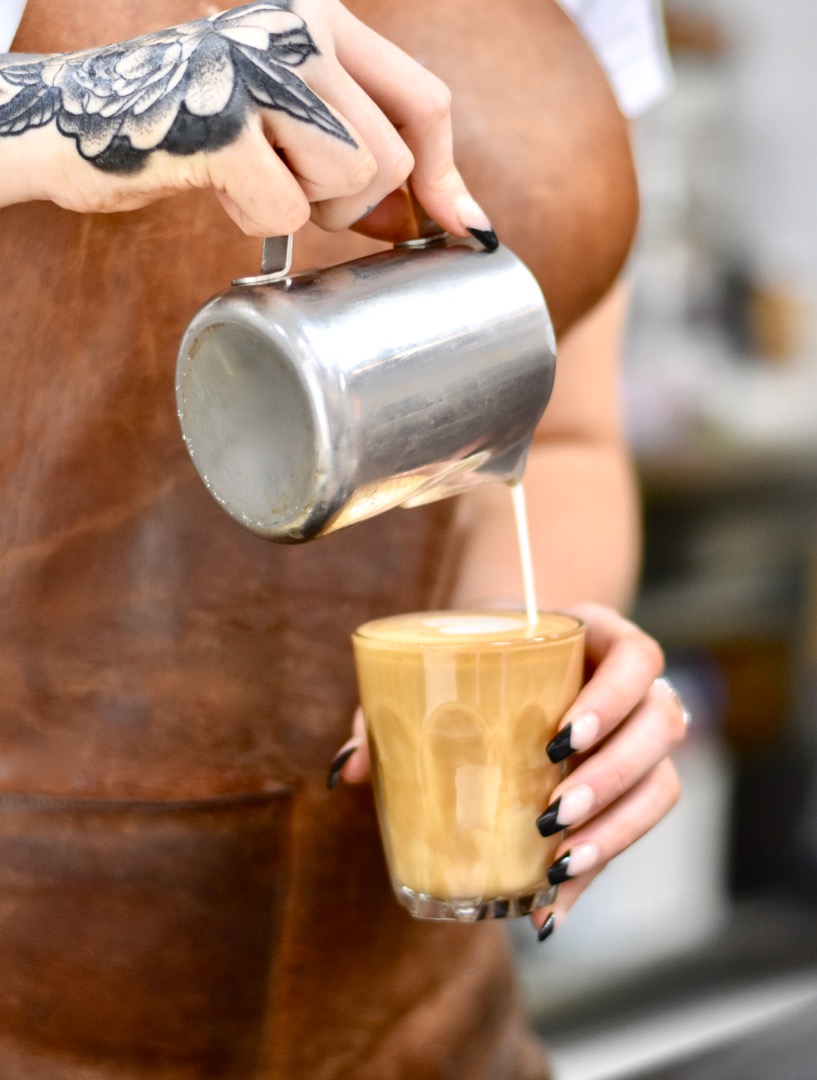 ‘We’re at a bit of a loss at the moment.’ Daniel Greenwood says as he contemplates how his business is expected to move forward in the wake of the COVID pandemic. The hospitality industry seems to be facing a crisis of sorts, with cafes and restaurants the country-over desperately seeking chefs, wait staff and front-of-house workers – to no avail.

The head chef at Hurstbridge’s Restaurant St. Lawrence, Daniel says his already small team of three is on the hunt for another two staff members in order to optimise its service. And with his wife Emily (the restaurant’s pastry chef) currently expecting their first child, the hunt for some newbies is all the more pressing.

“We haven’t needed staff up until this point. Only now that my wife’s pregnant, we have a limited amount of time left and so we’ve been trying to find somebody to work for us,’ Daniel says. ‘It seems like post-COVID, it’s trickier than what it would’ve been otherwise.’

Daniel and Emily opened up the 25-seater Restaurant St. Lawrence in August 2019, only six months before COVID well and truly infiltrated Australia’s shores. Throughout the pandemic, they were able to make-do, showcasing their culinary finesse on the plate with a stunning rotating seasonal menu, takeaway offerings and an accompanying bakeshop. Both Daniel and Emily previously worked at the hatted restaurant Levantine Hill (as Sous Chef and Pastry Chef respectively) before deciding to make the move to Hurstbridge to start up a venture of their own.

‘We’ve both been in the industry a long time and have seen in the past that when businesses and restaurants are looking for staff, it’s relatively easy to find people who are keen and eager to work – even sometimes to do trials and internships or anything. Now it’s really the polar opposite. There’s nobody around at all.

‘It’s not ideal and I want to say there’s a lack of skilled workers more than anything else. It’s not that there’s nobody out there, there’s just nobody with relative industry experience, and nobody who wants to work in the industry.’

A decrease in skilled migration

According to the Restaurant and Catering Industry Association (RC&A) of Australia, the closure of international borders over the past two years meant that Australia missed out on an entire wave of skilled migrants.

‘These workers were critical to Australia’s hospitality sector and we’re hoping that now things are re-opening we can at least try to make up for lost-ground,’ says RC&A CEO Wes Lambert.

‘(Further), the ways that visas are processed in this country to bring in skilled workers from overseas is extremely slow, convoluted and expensive. People want to come to Australia to work and our venues want to bring in the very best. We just don’t think that’s happening right now.

‘It would be wrong to say that things were perfect even before the COVID-19 pandemic however, the situation that we find ourselves in now is far, far, worse obviously. Now that borders have reopened we hope to see an influx of people coming back to Australia or even for the first time. We really think that the government needs to take steps to encourage international workers to come to this country to work.’

These thoughts are echoed by owners of Ballarat’s laneway cafe Hydrant Food Hall Elise and Sam Rowe, who have also been struggling with staffing shortages and who have noted the direct correlation between border closures and the staffing crisis.

‘From what we have seen and experienced, the border closures within Australia and internationally, has meant that the travelling employee has been stationary,’ says Elise. ‘Hospitality and tourism is a fabulous industry for people to work as a casual while utilising time off to travel.

‘We have also seen many university courses transition to majority online study, which means the need for students to move to Ballarat has reduced in numbers. Again, hospitality is a suitable industry for students as a casual job to fit around the typical on-site class timetable. These students have not been arriving to town in the same numbers as they used to be. Venues in the Metro region are also feeling the pinch a bit. The larger population will be helpful in terms of the number of people looking for work, but many of the challenges that regional venues are facing are also true for metro too.’

According to Elise, the industry as a whole has witnessed many experienced and qualified employees leave due to it not being able to provide a secure income yet demanding stringent work conditions – something that the COVID pandemic cast an unsettling spotlight on.

‘These two factors are not overly attractive for many people, and for those who had inklings for a new career restart, they have taken the opportunity to study online over the past couple of years and a new work life.’

A hospitality union Hospo Voices spokesperson said over the pandemic, workers were treated like a ‘shock absorber for changes in the business cycle, suddenly losing their shifts and hours from one day to the next’.

‘We must remember the real reason bosses can’t find workers –  trained, experienced workers have quit the industry in droves – is because they are fed up with wage theft and insecure work. Four out of five workers are casual in this industry – the highest rate of any industry,’ they said.

‘We are seeing some venues offer sign-on bonuses and other inducements, but the danger is workers will find the rug pulled from underneath them when competition for workers starts to ease off.

‘Our key piece of advice for hospo workers right now – use this shortage to demand secure employment.’

But Wes says such claims are not only wrong but entirely unhelpful when trying to revitalise a struggling industry.

‘The unions like to shine a light on example of wage theft, which is fair, but then go way too far in characterising this as an industry-wide problem that will 100% happen to anyone who even dares to take up a job in hospitality,’ he says. ‘We know this problem is decreasing and all workers should be getting their appropriate pay.

‘In terms of “insecure work”, you can walk down any street in any town or city in Australia and I guarantee you that nearly every restaurant and café that you see will have a sign in the window advertising full-time or part-time work.

‘It seems quite silly to me that the unions are so concerned about “insecure work” and yet demonise the one industry crying out for people to fill part-time and full-time roles.’

Elise says that moving forward, it’s crucial to think about the next generation of workers – educating and supporting them with sound advice about the industry and the career opportunities that it can provide.

She says as a community, society and government, it was important to showcase the value in the industry and not to underestimate its economic impact.

‘We also need to be teaching them about work ethic, persistence, responsibility, resilience, loyalty and teamwork,’ she says. ‘Hospitality is an industry of face-to-face, the enjoyment of people, and the stage of giving. We need to ensure that future generations are given these life skills.

Wes agrees that government and industry must work together to encourage more Australians to take up hospitality as a career as opposed to a transient, ‘in-between’ job.

‘Part of this comes with better engagement at schools, mentoring from experts and a changing of our culture,’ he says.

Working within their means

Until the situation improves, business owners are needing to work with what they have and make the most of what is indeed a trying situation for all those in the industry.

Even though lockdowns are a thing of the past, Hydrant Food Hall continues to have times where it needs to close up shop due to its staff needing to isolate – something eateries simply cannot afford in the wake of the pandemic.

‘Attempting to lift staff morale and engagement during times of uncertainty has had its challenges,’ Elise says. ‘We have noticed that people’s motivation to focus and actively work has been lower than previous years. There has been an element of long-term fatigue that everyone brings with them.

‘(But) now that the government restrictions have lifted, so too has morale and enjoyment at work. People are beginning to move about again, applications are arriving, and there are smiles. We have definitely had our moments of exhaustion and frustration during these times, but our belief in our business and our product, and genuine enjoyment for the venue, helped us to keep our eye on the future and do everything we can to ensure that the service our customers have grown to know and love, will be the thing to bring them back and so too will the staff and their workplace enjoyment.

‘The challenge now is having staff who can fill the roster to the demand of growing the business.’

For Daniel and Emily, the current challenge means capping their service to 25 so it remains manageable.

‘That’s what it will mean for a lot of other places,’ Daniel says. ‘Work within your means rather than trying to really push and trying to be busier.

‘The irony of it all is we wanted to open our place a bit closer to home and we wanted to cook for ourselves and do things on our own terms and that’s been taken away from us a bit.’