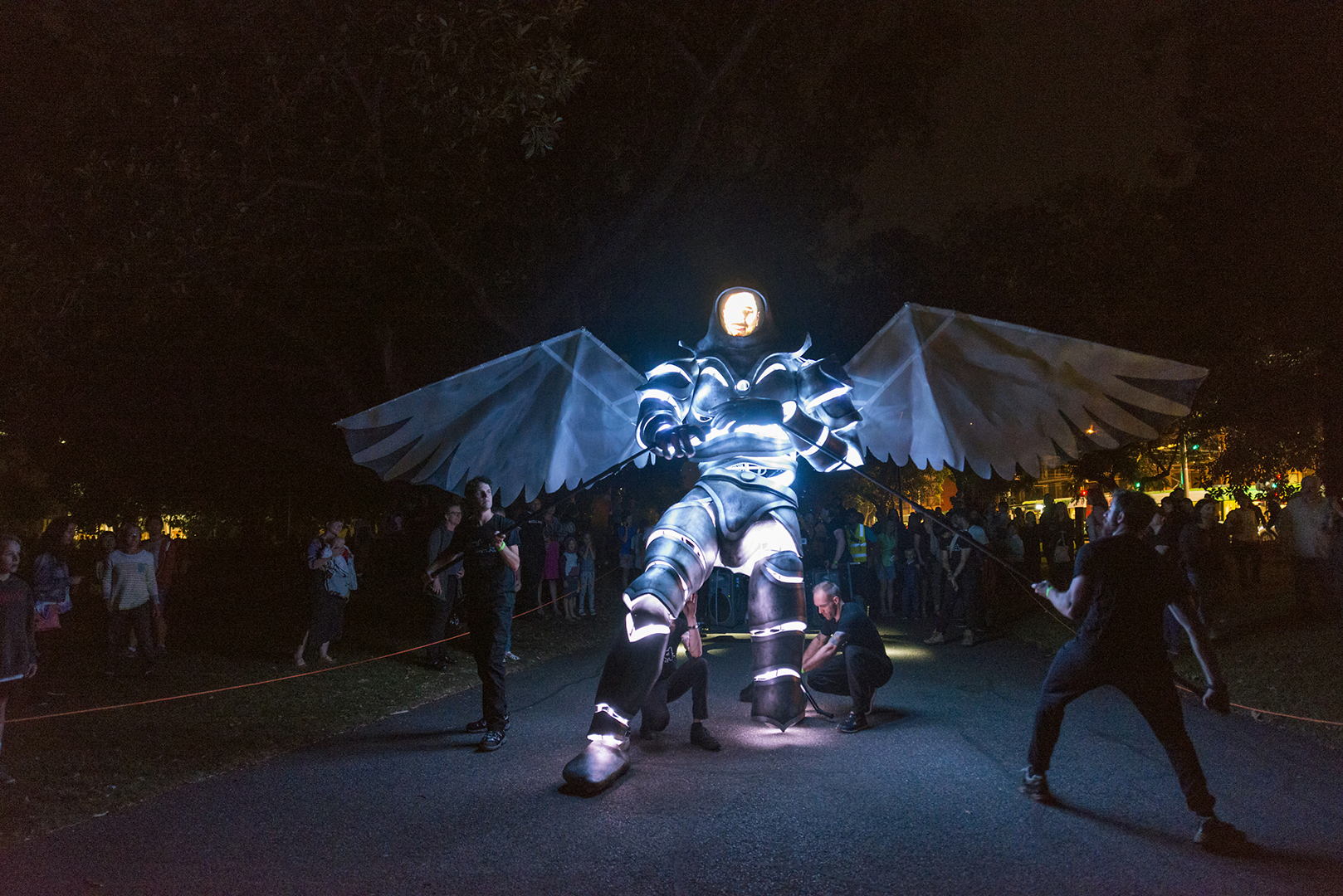 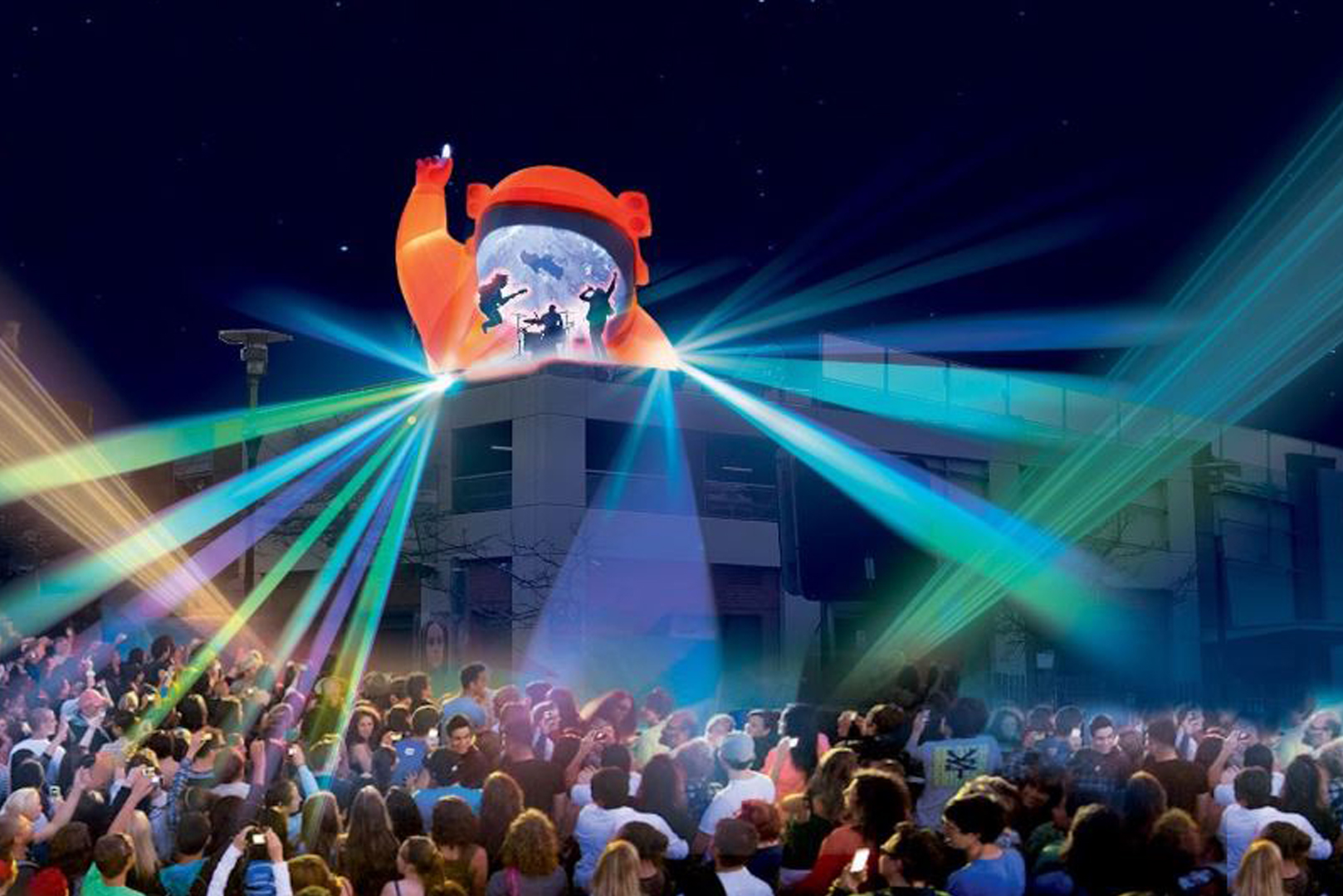 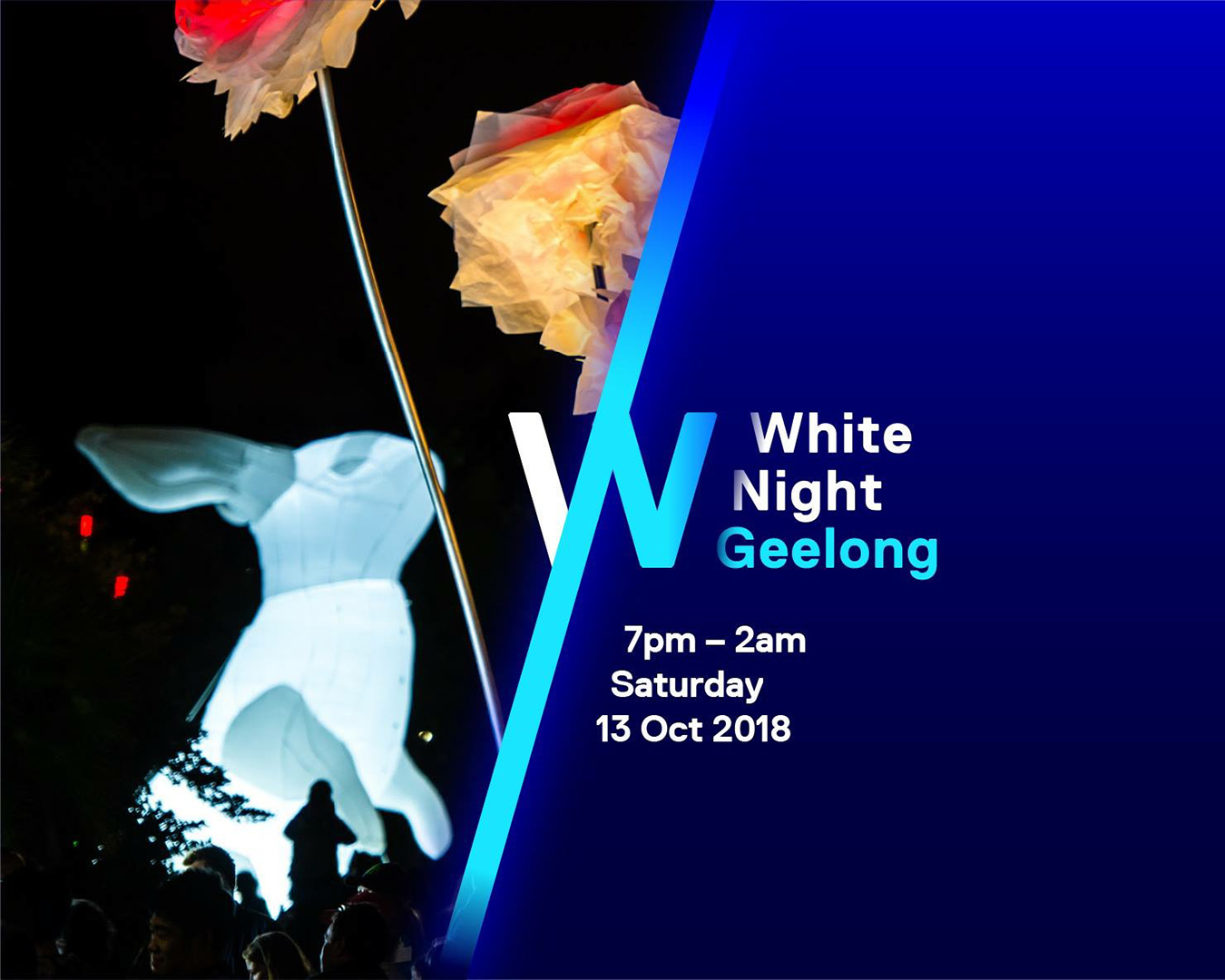 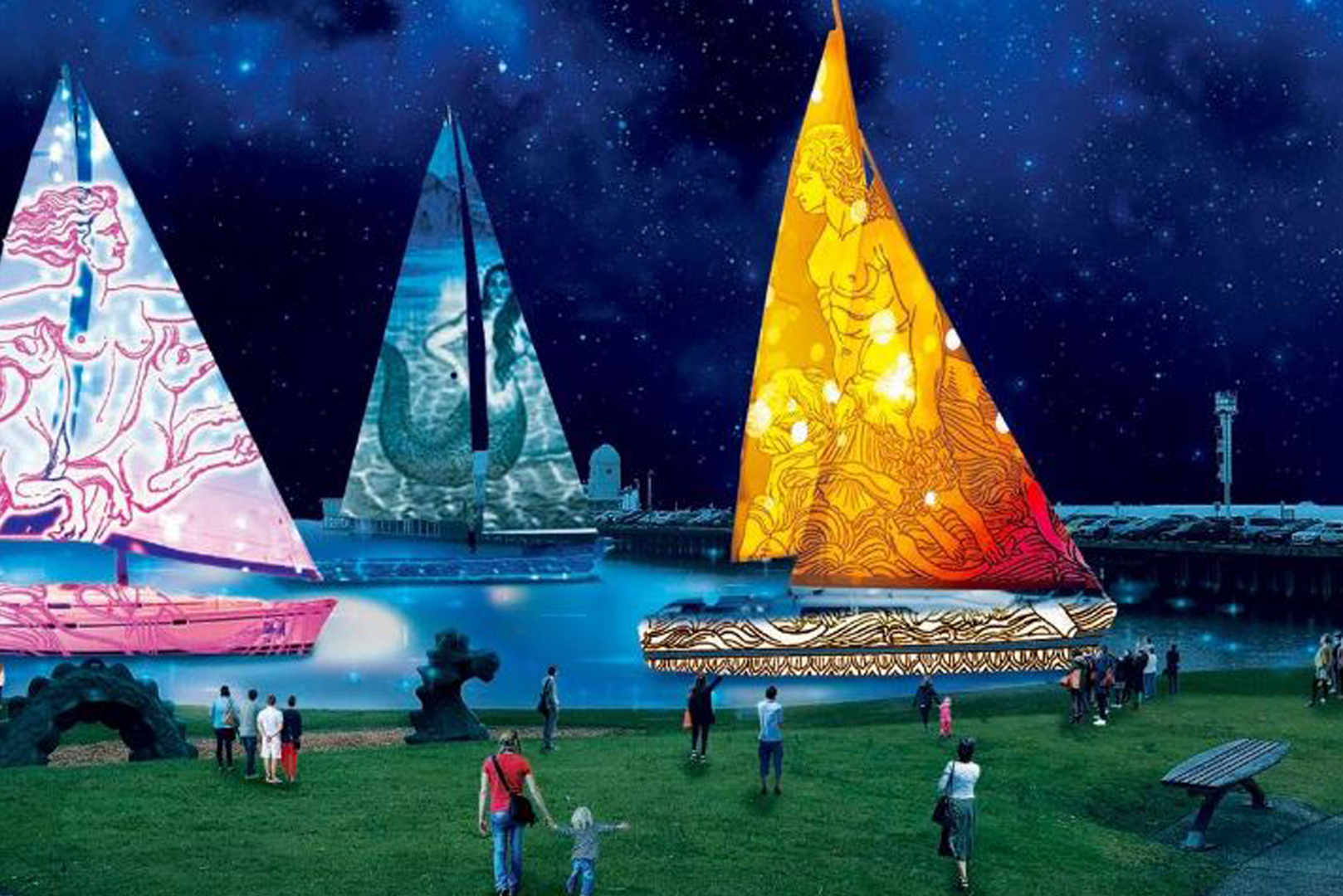 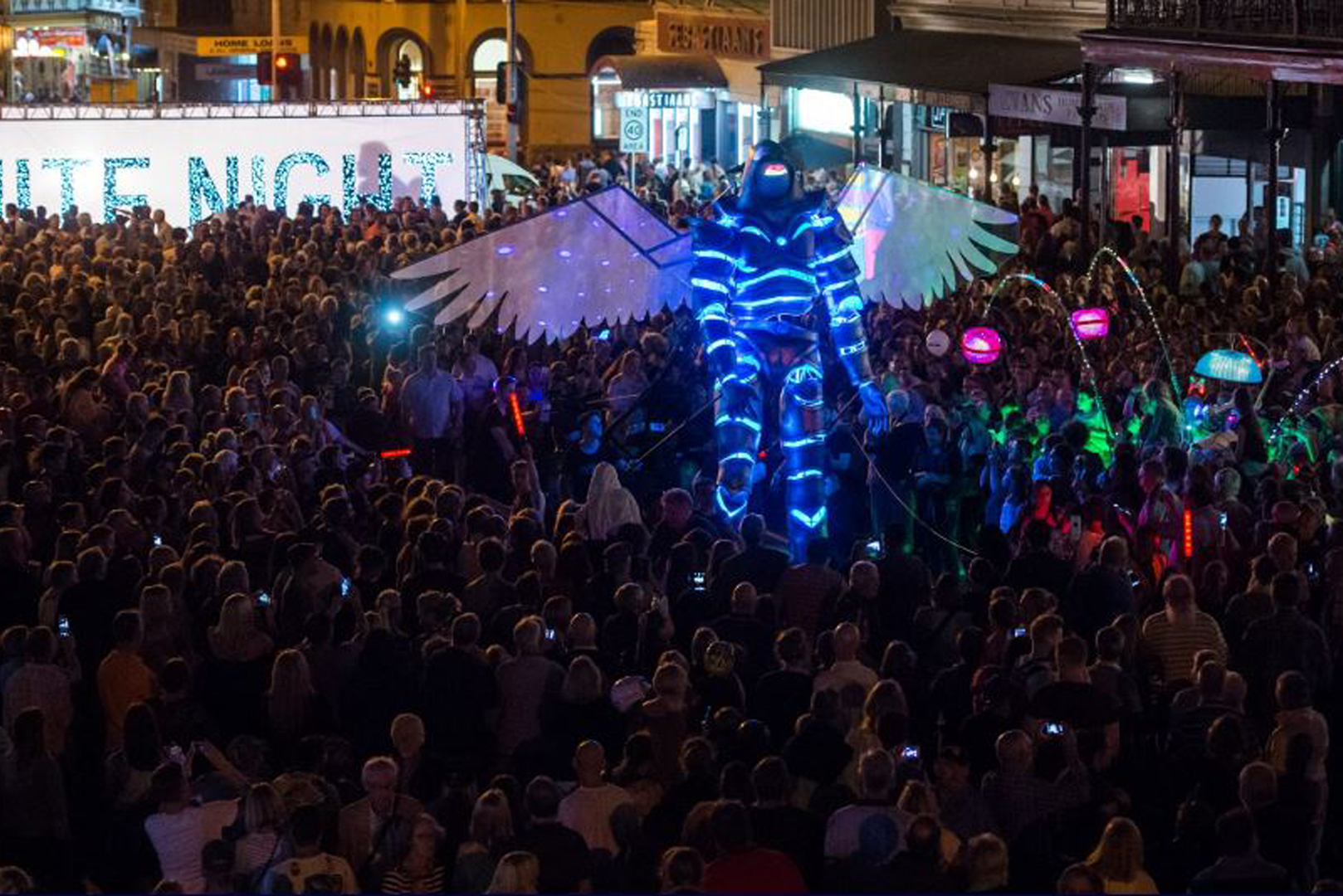 White Night is different at every location it visits, and Geelong will be no exception, says White Night Artistic Director David Atkins, revealing that there will be a particularly special work at Cunningham Pier, unique to White Night Geelong…

On their first visit to Geelong, White Night Artistic Director David Atkins and his team walked down Gheringhap Street – which will be the ‘spine’ of White Night Geelong – and encountered the foreshore and Corio Bay.

‘It was a blue-bird day, and all the team looked out and thought: We’ve just got to do something on the water,’ Atkins says.

This was the moment that one of White Night Geelong’s program highlights was born. It’s called Siren Song, and it will only be at White Night Geelong, a real one-night-only work that incorporates a soundscape and a projection on to…wait for it…yacht sails.

‘I’d always had this idea to actually use the sails of yachts as projection surfaces, as opposed to buildings and screens,’ Atkins explains. ‘So we started a conversation with Geelong Yacht Club, and our projection artists, and we looked at finding a technical solution. Then we came up with the idea of celebrating the mythology of Sirens and the Siren song as a work on the water.’

The concept was realised as projections on to the sails of three 10 to 12-metre yachts, accompanied by a haunting soundscape of the Siren song. It does come with a caveat: strong winds may mean the sails must be taken down. However, Atkins and his team have some pretty serious experience under their belts – they’ve organised events like the Sydney Olympic Games opening and closing ceremonies – and they’ve done their research. They’re confident that the southeasterly and southwesterly winds typical to this time of year will be fine.

‘We were down there a few days ago to do one of our first tests on one of the yachts, and there was a whole range of maritime issues – depths, and tides, and all those sorts of things – but it’s all looking really good. It’s exciting from a conceptual point of view, because this piece has really come out of the environment that we’re inhabiting in Geelong.’

One of the other exclusive elements to White Night Geelong is the space given to emerging bands. It started as one stage, perched atop a three-storey parking lot on Gheringhap Street, with performers to front a backdrop of Felipe Reynold’s popular inflatable spaceman, Calling Occupants.

‘It’s a tribute to the old Let It Be Beatles on the rooftop concept,’ Atkins explains. ‘We haven’t done that before – it’s something we’re only doing in Geelong, and it’s going to be a really terrific piece. Actually, it has proved so popular locally that we’ve added another stage down at Steampacket Gardens. So we’ve got two emerging bands stages now; they’re called Garage Bands 1 and Garage Bands 2.’

The backdrop to Garage Bands 1, Calling Occupants, has been a hot favourite at other White Nights during 2018, along with several other works appearing at White Night Geelong, including Victorian artists Carla O’Brien’s Neon Angel Wings and Neon Dog Park, and Callan Morgan/Make Mobs’ Utility Kinetic Insect.

Then there are the really interactive works like Metamorphosis: giant, glowing cocoons that respond to your touch and emit insect-like sounds, and the Wish Tree, where you use your phone to write a message that appears on a glowing, phosphorescent leaf. Or the thought-provoking Capitalism Works For Me! True/False – a 50s-style sign with a plinth in front, where you stand and choose whether or not you agree, with the results tallied on the scoreboard.

‘There are quite a few pieces like these in the Geelong program that I think the audience is going to get a lot of fun out of,’ Atkins says. ‘A piece like Metamorphosis, for example, that is touch and sound-interactive, is a wonderful work that we really see people engage with, particularly families and kids.’

Atkins points to another popular interactive work as an example: Selfie Station, presented by Regional Rail Revival, where your photo taken in a photo booth on the night is projected onto a nearby building, framed as if it’s taken on a train journey. He believes the enduring popularity of these interactive works – and events like White Night itself – is because they help us to engage with art on a deeper level.

‘These large events have become incredibly well attended and very successful because they’re a fantastic opportunity for people to commune and engage with art that they might not otherwise have had the chance or the opportunity to experience,’ he says.

‘When people can feel like they’re actually engaging with the art it elevates the whole experience to another level, and engages the audience on another plane.’

Atkins has been thrilled to see how regional White Night events have been embraced by communities – everyone from locals, to institutions, to local retailers and restaurants.

‘One of the things that I love about White Night is seeing the precinct fill up with people, and watching how people engage in the process – not only with each other, but also the artworks and installations, the live performances, interactive exhibitions, and awe-inspiring mapped projections reimagining the famous landmarks of the city,’ Atkins says.

‘The overall sense of community on the night is very, very strong. People really get behind this event.’

THE DETAILS
What: White Night Geelong
Where: From Johnstone Park, along Gheringhap Street, to the foreshore
When: 13 October, 7pm to 2am
Transport: Regular V/Line trains and buses from Melbourne;
Park and ride options within Geelong
More information: https://whitenight.com.au/geelong/