Tastes and tunes flow in the river city 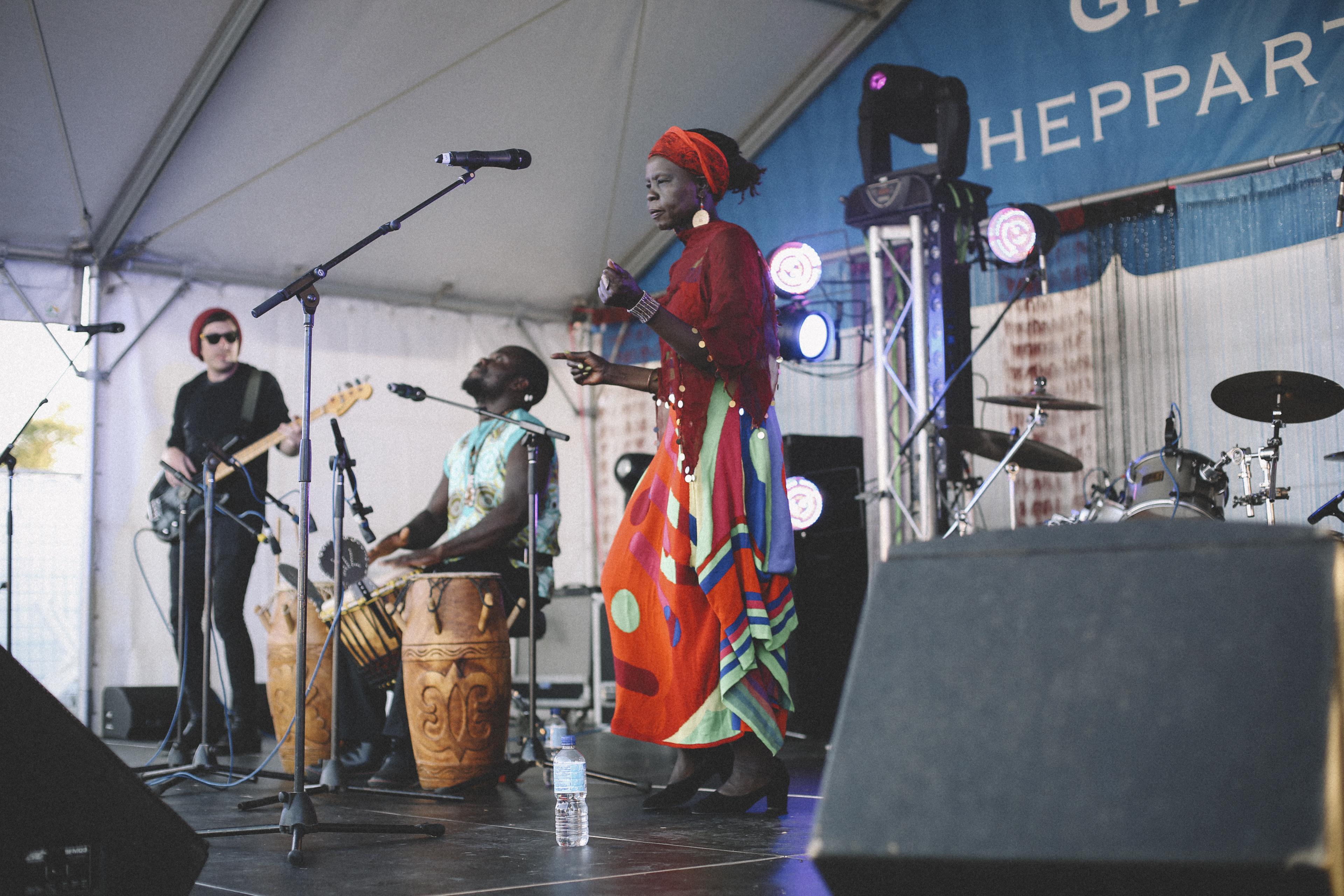 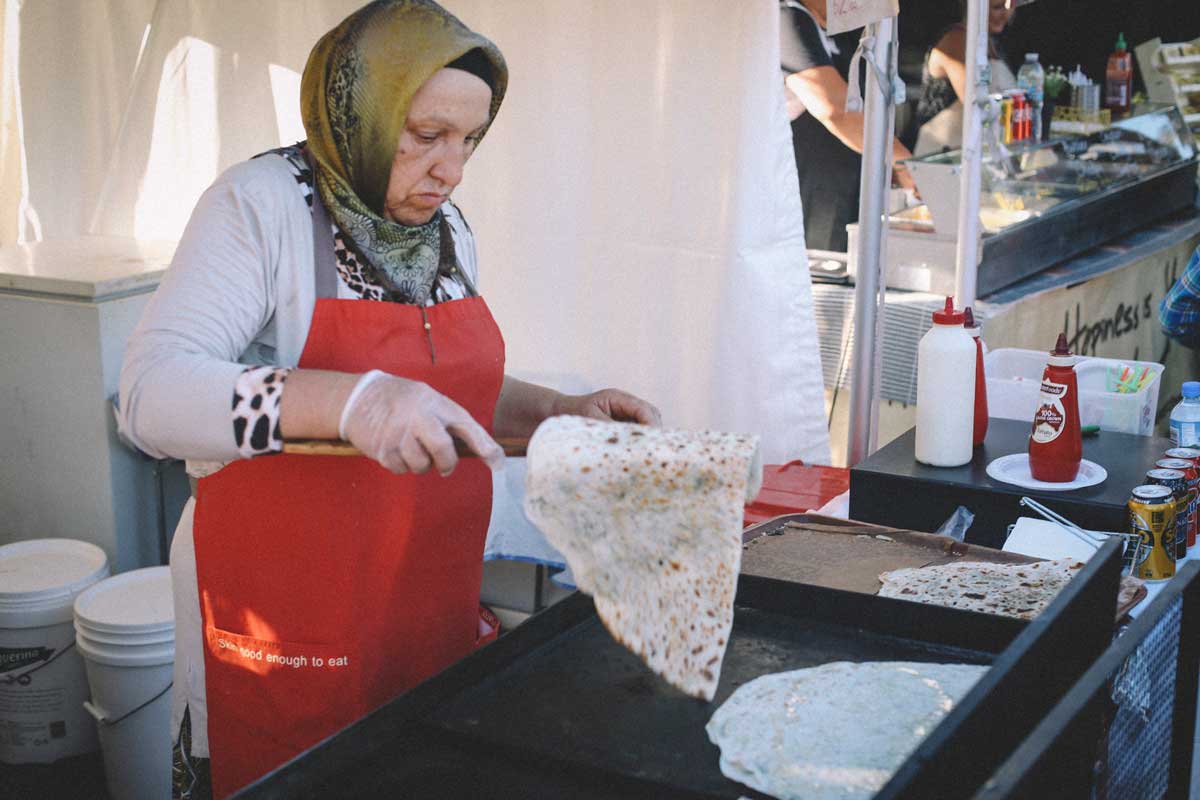 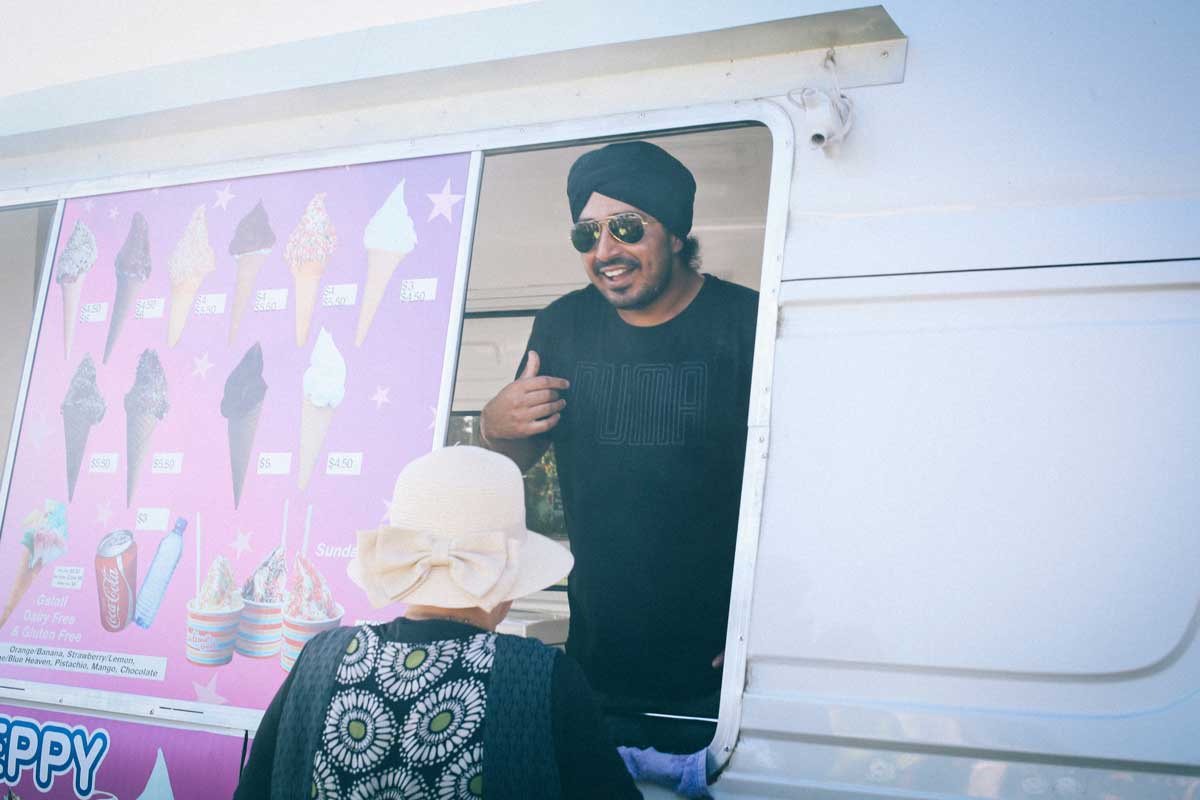 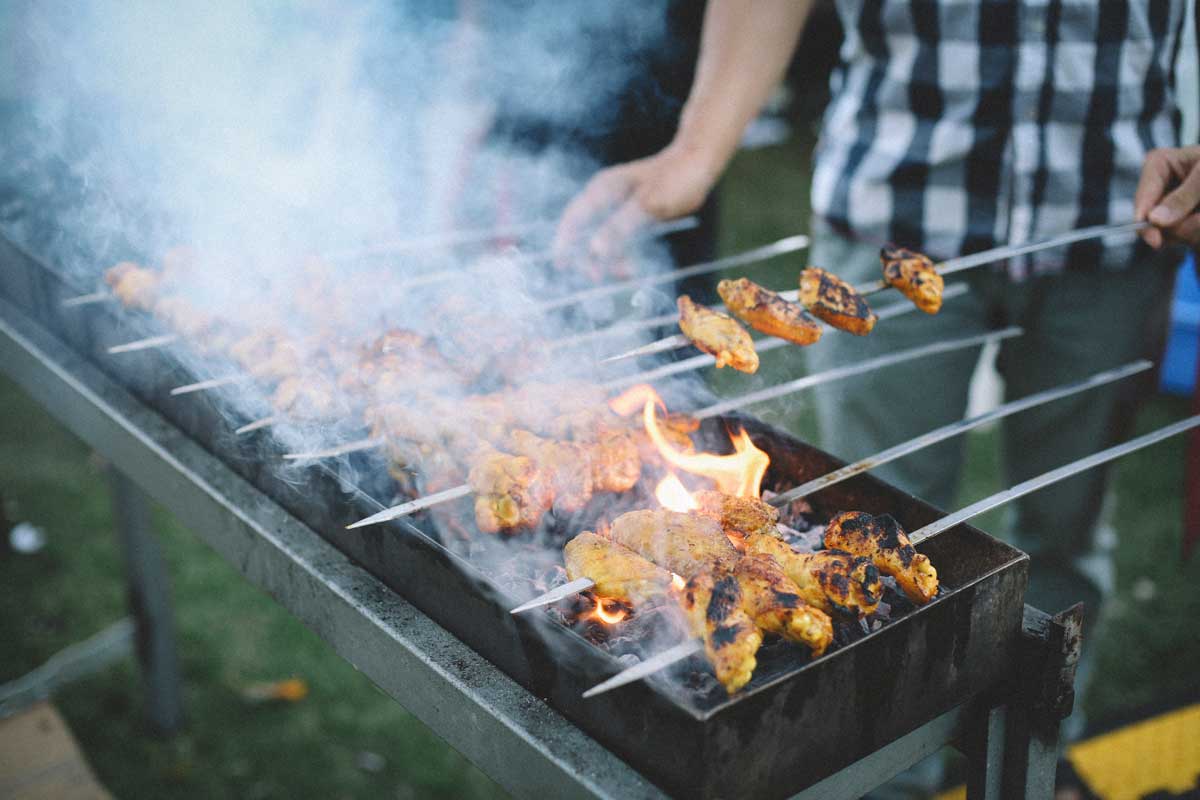 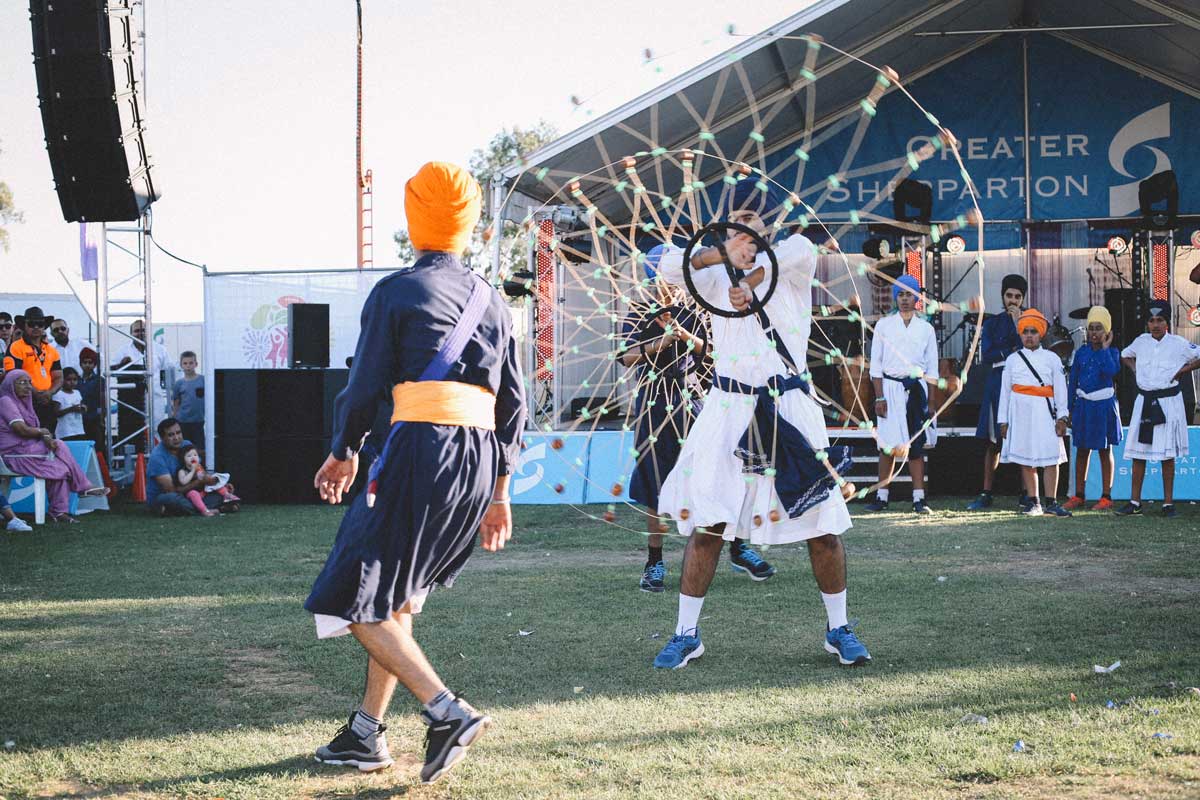 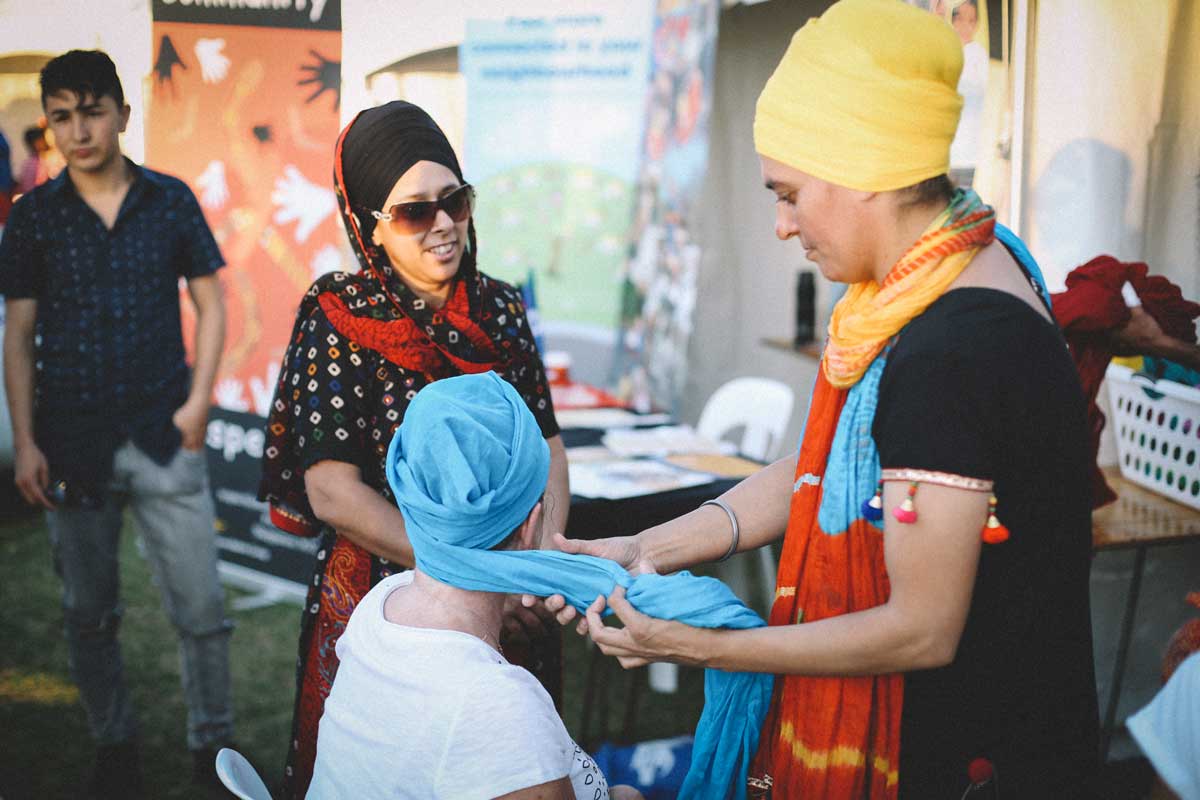 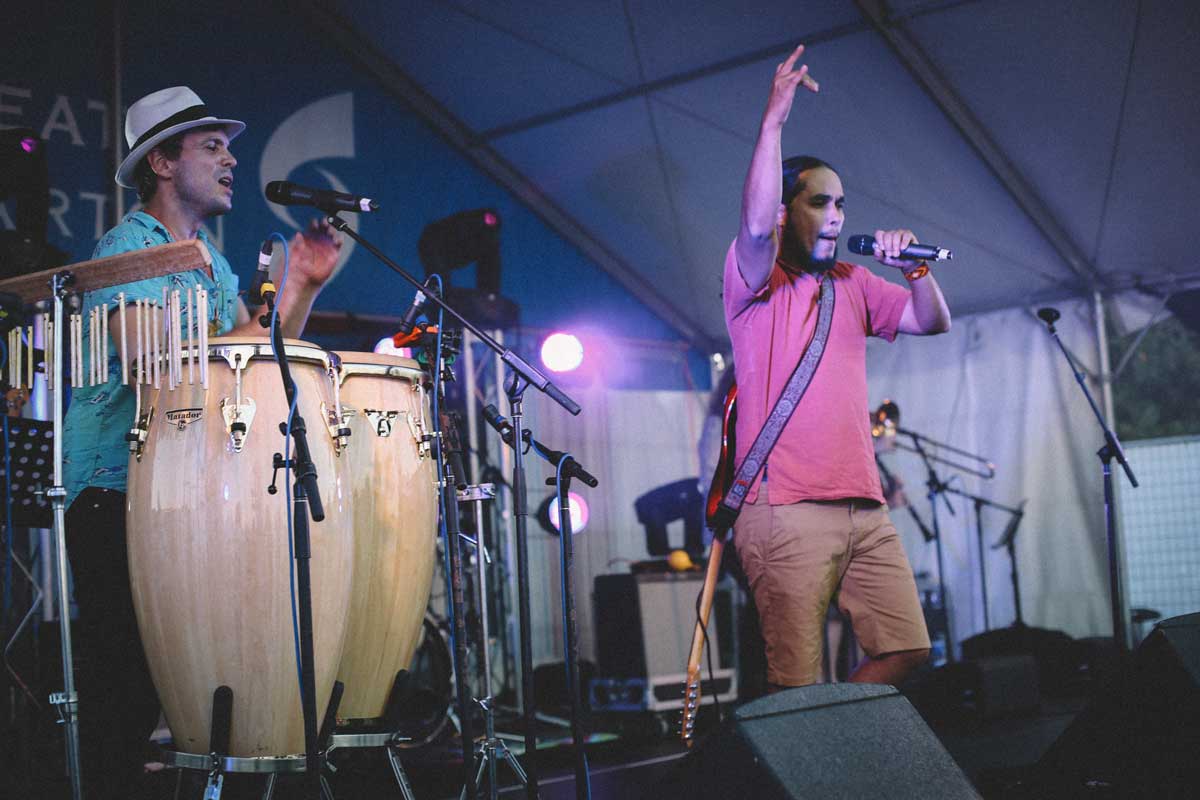 Here I am, crossed-legged on the grass with my kids, knocking back bacon-strewn Polish dumplings, Turkish gozleme packed with spinach, and crunchy spring rolls for the fussier member of our team.

Distracting us from the transcontinental meal is a rhythmic performance from Sudanese performer Ajak Kwai, keeping us guessing as she flips between Arabic, Sudanese and English.

Evidently this is no monocultural backwater. Here in Shepparton (two hours out from Melbourne) the Converge on Goulburn festival represents some 10 nationalities and showcases what they bring to the city. Including a tempting and diverse U-shaped laager of food stalls.

The festival (part of the three-week Shepparton Festival) has been a regular feature of the Goulburn River city for the past five years and is an opportunity for the local immigrant and refugee communities to join together in song, dance and food.

Greater Shepparton has a long history of migration, starting with southern Europeans after the two world wars. From the 1980s a large population of Punjabi Indians and Pacific Islanders moved to the region to be joined by more Europeans, as a result of the breakup of Yugoslavia in the 1990s. More recently, Afghani, Iraqi, Sudanese and Congolese immigrants have also joined the community, resulting in a population where more than 13% of its people were born overseas.

A highlight of the festival performances is Gatka, the traditional martial arts of the local Sikh community who came to Shepparton from Punjab, India, seeking a home to re-establish their well-honed agricultural skills. Members of all ages select from an endless list of weapons, then challenge each other in mock battle.

Sikh community leader Kamaldeep Singh explains the importance of a multicultural festival to the community.

“The ethnic community of Shepparton quite often includes those fleeing war-torn areas. When you do this type of festival you give these people the opportunity to demonstrate and be proud of their food, their dance and their beliefs.

“It breaks the stigma of them being from a poor and disadvantaged community, to feel that they have equal rights to everyone else in the community”.

While the Gatka performance convinces us a battle is about to break out into the crowd, other members of the Sikh community are inviting people to sit and have their head wrapped in the traditional Sikh turban known as a dastaar. For the Sikhs, the symbolism of wearing a turban are many, it being regarded as a symbol of sovereignty, dedication, self-respect, courage and piety. Above all else the dastaar is worn out of love and obedience for the wishes of the founders of their faith.

As the sun sets we settle back in front of the main stage to watch the amusing mosh-pit of little ones play-dancing to the latin rhythms of South America roots outfit Madre Monte. Every multicultural community will confront issues of integration and belonging, but for this little festival on the Goulburn River, cerebral debate of this kind is transcended through dance, song, laughter and some damn fine Polish dumplings.