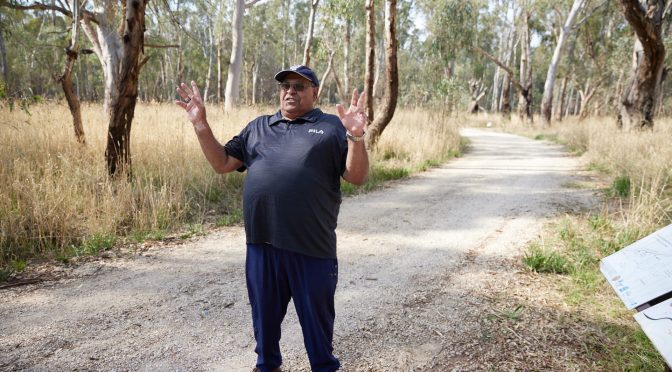 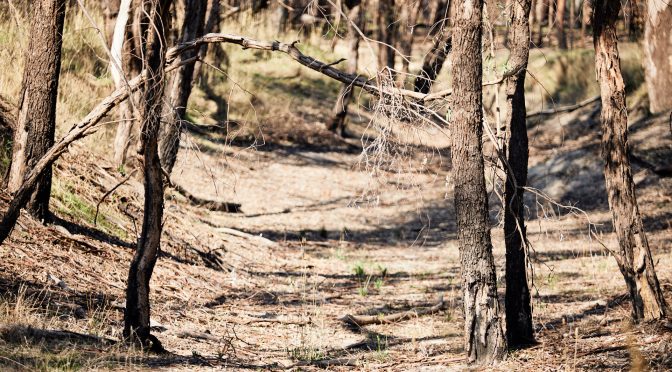 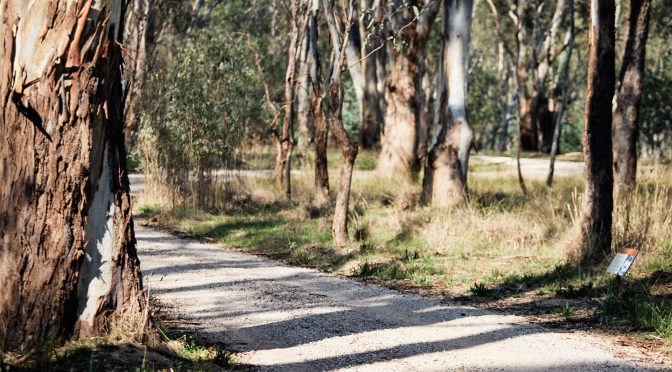 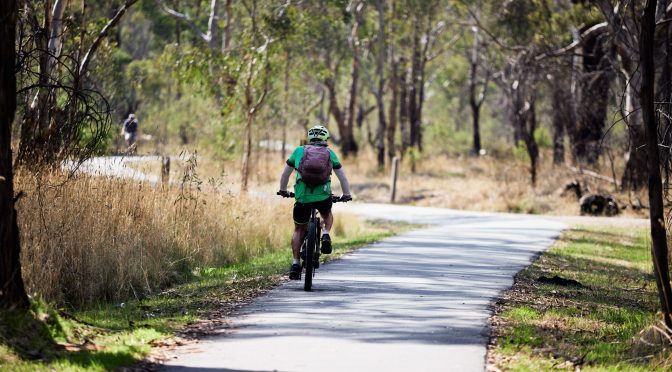 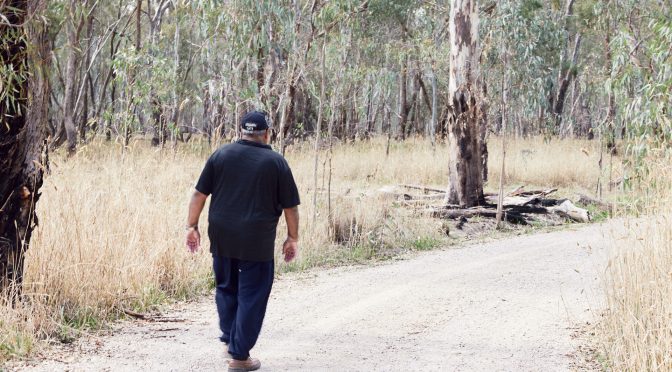 On February 4th 1939, Jack Patten led a mass walk-off of about 170 people from Cummeragunja reserve near Barmah. Conditions on the reserve were oppressive and unliveable. Successive government actions isolated and degraded the way of life for the mostly Yorta Yorta people who lived at the reserve. In what was the first-ever mass strike of Indigenous Australians, the people of the reserve settled on the other side of the river on the flats near Mooroopna.

Today, walking through the flats with the aid of good interpretive signage and aided by an attitude of stillness, absorbing the story of the people who moved out of oppression to make their home on these river flats is a visceral experience. Listening to the stories, understanding the ancient stories, and knowing the darker more recent past.

There are organised walks that run on an ad-hoc basis, which you can find out more about from River Connect. Uncle Reuben tells the story of his mother and grandmother, how the women would leave town to be here on the river flats to give birth hidden in the safety of tree hollows because babies were taken at that time under the White Australia Policy. He also tells the stories of the people who made simple but free lives here.

“How do we learn more, gain more understanding, Uncle?”

“Spend more time on country. Take it in. Listen to the stories. Pass them on.”

It’s a simple message, and it’s the responsibility of every Australian. It’s also a really simple thing to do. Get out of the car, and take a quiet walk on country. In places like The Flats and Gawa Reserve, the signs really help. But the message is the same. Spend some time on country and spark a little understanding.

Related experiences
Cheese & Bread Making
Jewellery Workshop - Wax carving to sterling silver
Wild Fermentation Class (Pickling & Sauerkraut) and an Edible Forest Tour
Eat for you gut & fermentation
View all OHO Experiences
Every week we send you
our picks of the best
stuff happening outside
Melbourne.
We will never share your information with a third-party.