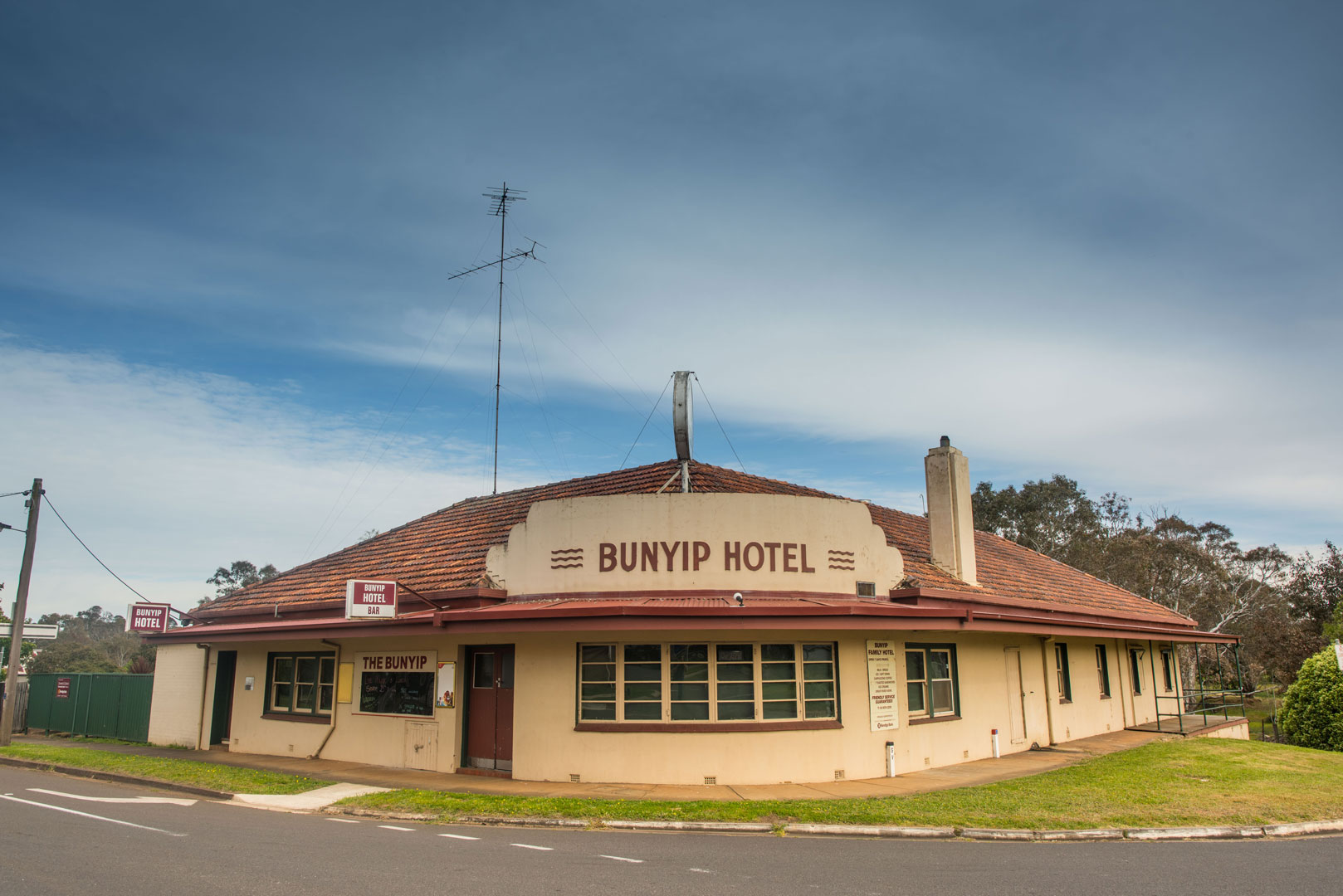 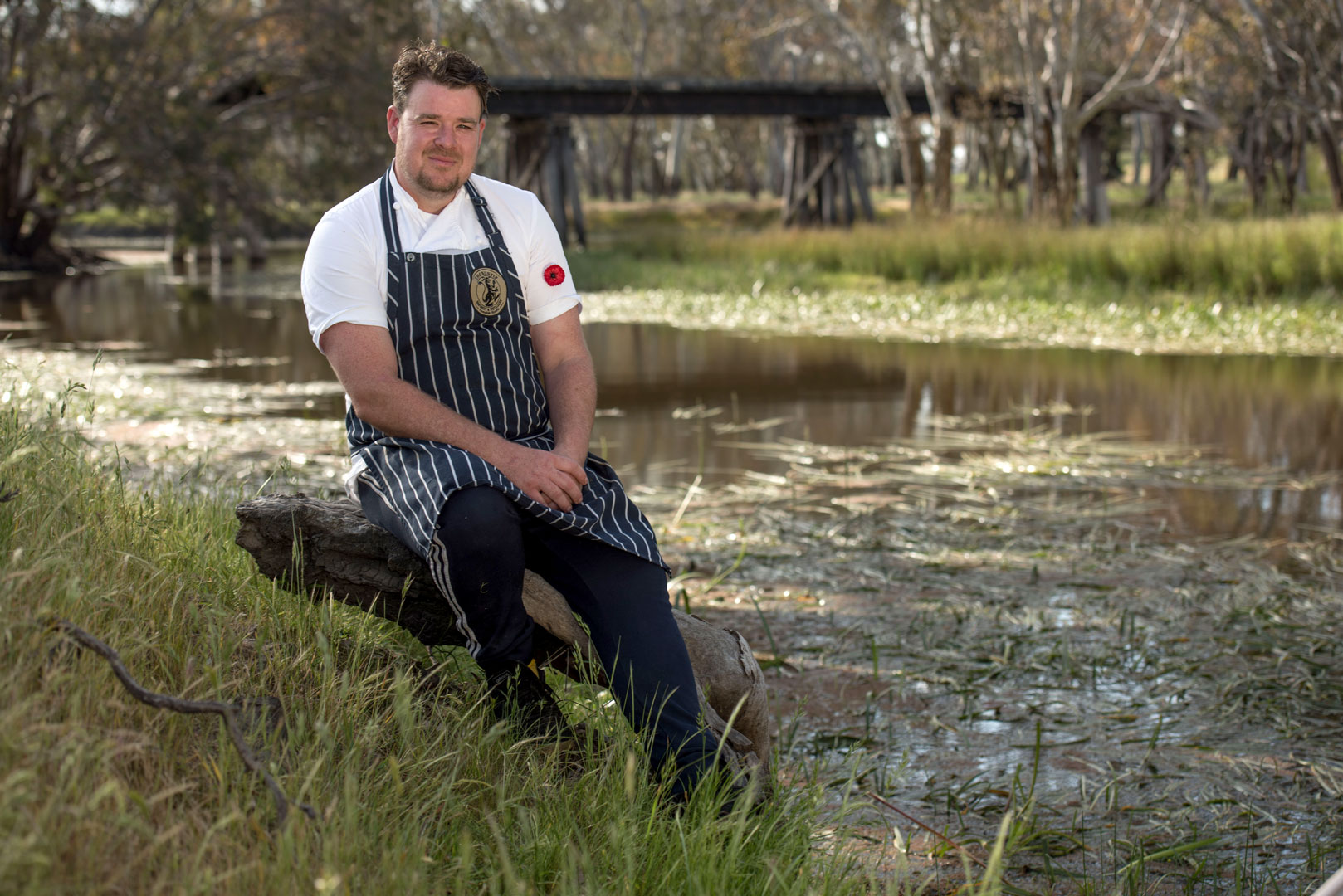 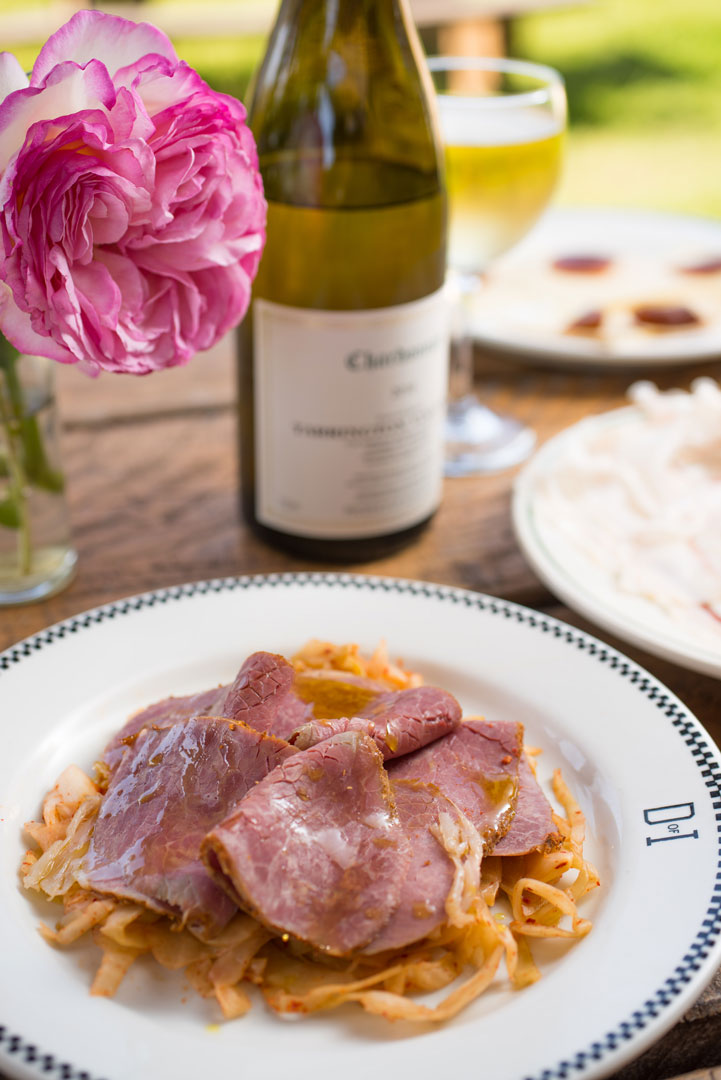 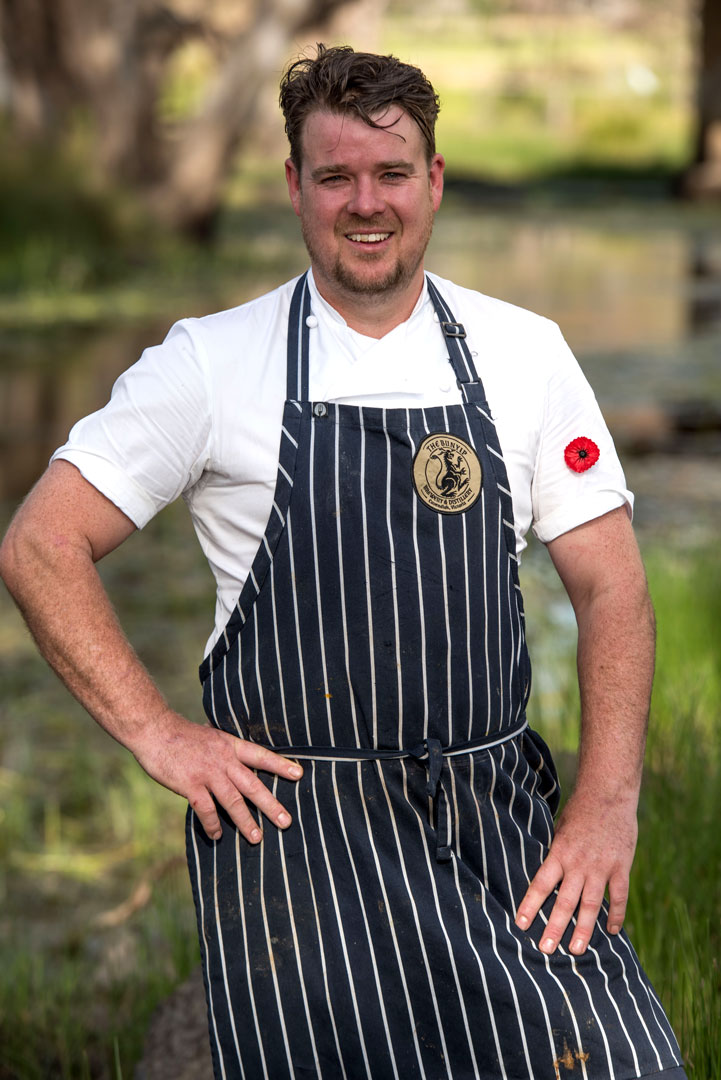 Cavendish is in the middle of nowhere, a small town tucked along the banks of the Wannon River in the red gum country somewhere between Dunkeld and Balmoral. The Bunyip Hotel is an old boozer in the middle of town that has seen many facelifts since she was built in the 1860s. In the past year she has become a popular dining destination, with people driving four hours or more to dine on chef James Campbell’s food. Campbell is a local lad who went away to the big smoke to cook with Frank Camorra at Movida, eventually taking the reins of the empire’s Sydney restaurant. A few years back, broken and burned out, he returned to the family farm: a beautiful property of rolling pasture with the sierras of the Grampians as a dramatic backdrop. There he shored up his strength and built up his resolve. He had an idea burning inside him. He wanted to make the Bunyip great again. He knew there was enough local produce: lamb, beef, poultry, herbs, grains and vegetables. He could make a menu using food from the country around him.

He also saw the demand for good old-fashioned country cooking. ‘People are over foams and that bulldust,’ says James in his typical no-nonsense manner. So he took over the kitchen of the Bunyip Hotel and, earlier this year, the entire pub. There his photo hangs on the wall along with the other members of the Cavendish Football Club premiership team, as well as those of generations before. He polished up some old family-favourite dishes and added a few new ones. ‘I couldn’t have taken this on without the support of the locals,’ says James. The pub is owned by several members of the community; local people helped him move into and renovate the old pub. The floors are still sloping and the gents is still outside, but the food is brilliant and reassuringly inexpensive. Word got out quick and soon he was booked out on weekends.

In his revamped kitchen he makes aromatic black pudding served seared and hot with segments of orange and a drizzle of olive oil. His egg and chips is sensational – hand-cut Koroit spuds fried sweet and chewy, topped with an egg finished with a blowtorch and a sprinkle of smoky paprika. There’s corned beef and kimchi, half poussin cooked in a soffrito with golden-syrup dumplings to finish. ‘It’s the food I grew up on,’ he says. ‘With a bit of chef technique.’

A collection of goodies from a variety of Victorian producers & makers.

Shop the Jewellery Collection with handmade goods by a regional designer.