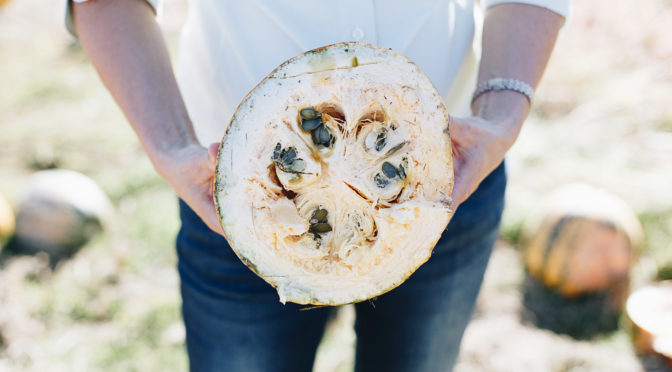 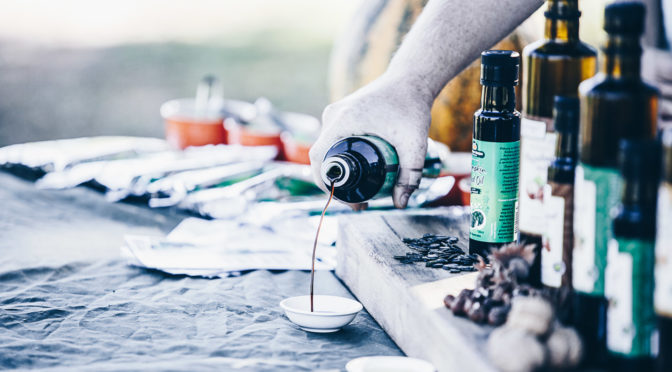 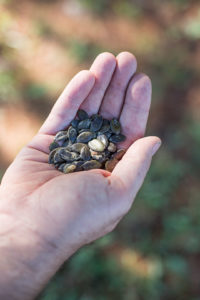 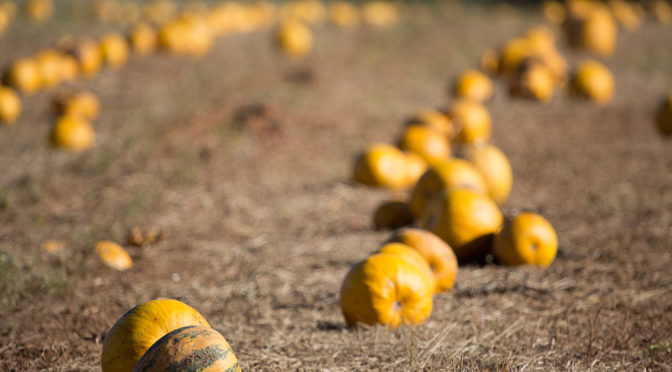 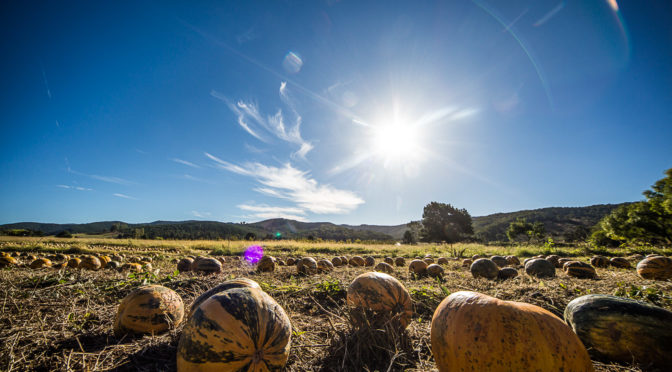 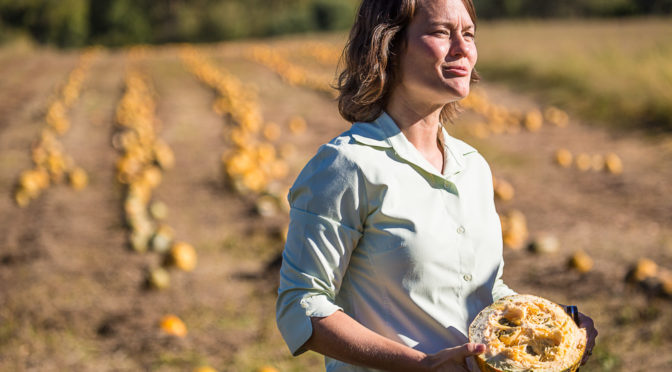 Like most amazing simple things, once you’ve tried the real thing, you’ll never look at another imported pumpkin seed again. “Pepitas” as they’re sold in health-food shops, are mostly a cheap imported product, often made from the wrong pumpkin. Owners of the Australian Pumpkin Seed Company, Jay and Sharan, have set themselves a huge task of educating an oblivious market. We were fortunate to step on to their property with them, and see first hand what it takes to grow a simple product to a level of excellence like this.

For starters, this is not an eating pumpkin. It’s awful. It really is grown for its seeds. And there are thousands of them in perfect rows in front of us at harvest time! Then there’s the processing. Obviously, most of the pumpkin is not the seed! And without the help of an established industry, these guys have had to build or import (but mostly the former) the gear required.

The result is worth it. Honestly, the crunch and flavour of such a simple little thing is one of life’s joys – like the perfect apple or the best peach.

You can visit the farmgate store and sample their various seeds, from plain to flavours of all kinds, as well as other products like the oils. There are health benefits which are best explained by the proprietors, but the flavour is king. Jay is an ex-chef who knows a thing or two about flavour, and it shows.

Your breakfast cereal toppings will never be the same again.