The Prodigals: Anton and Tanya Return to Lindenow 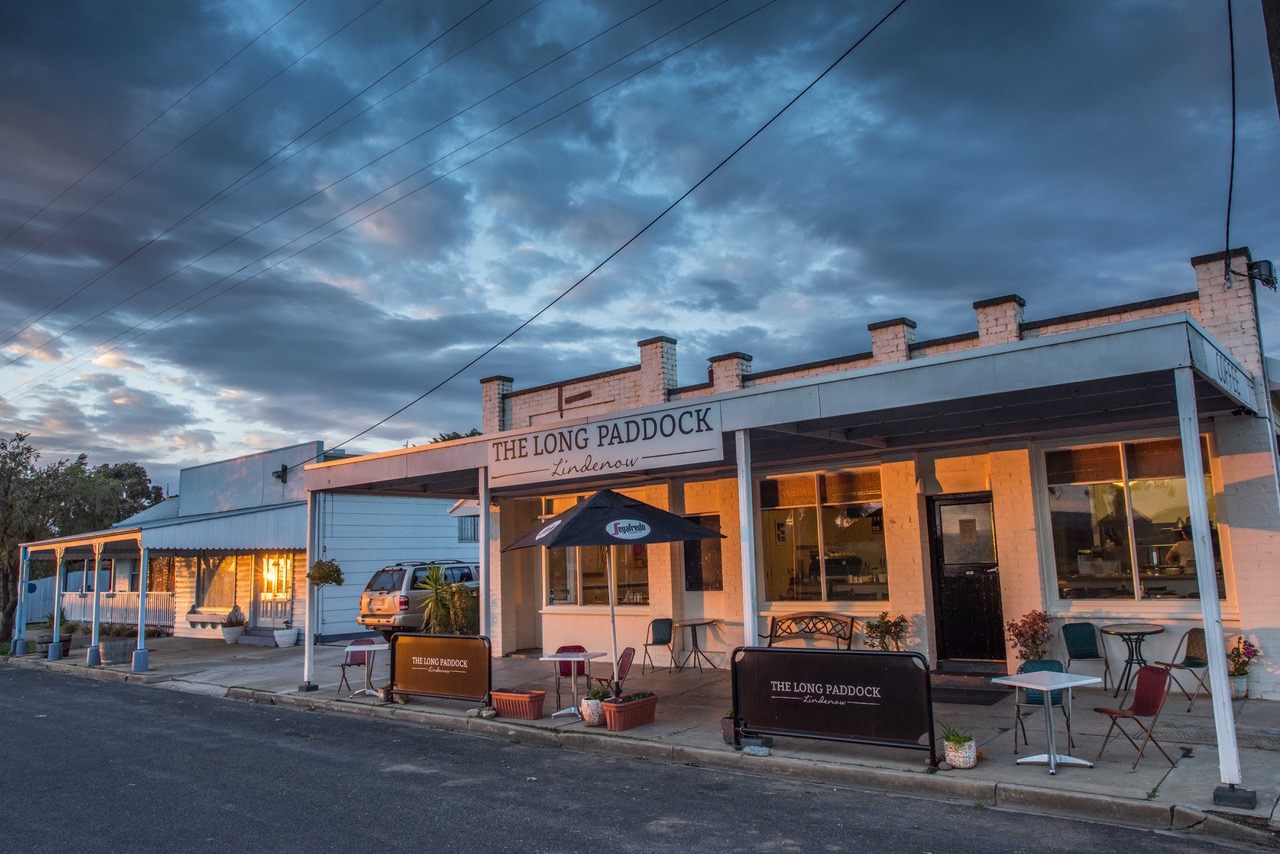 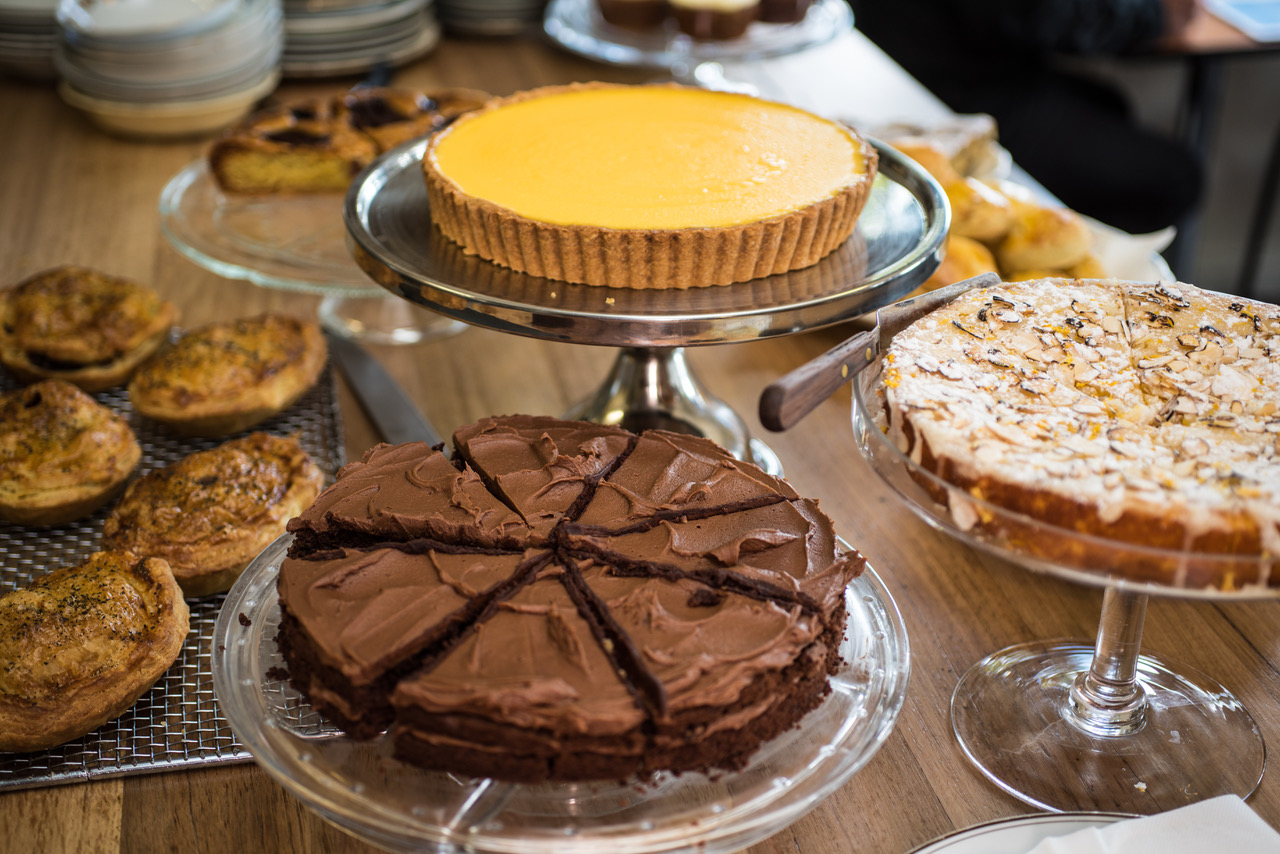 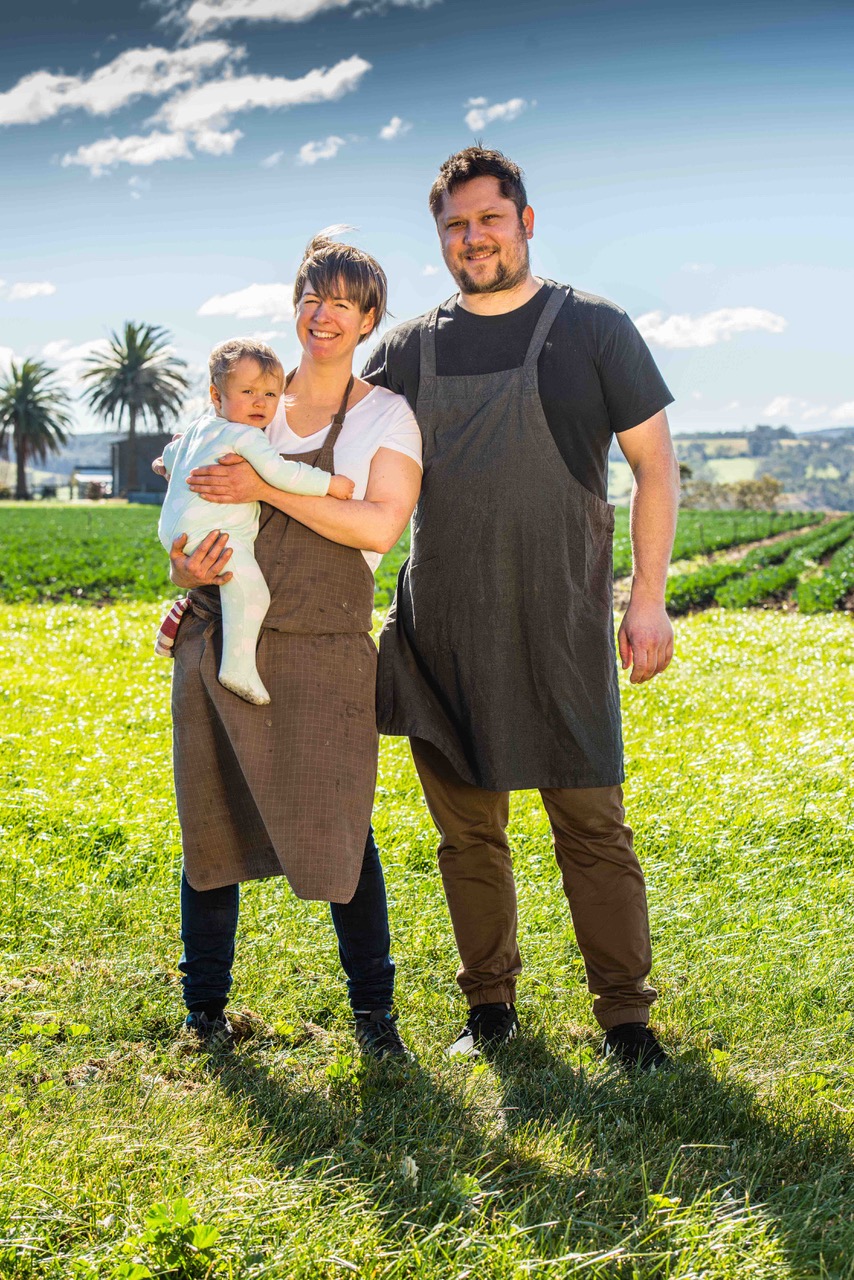 The sun rises over the Mitchell River valley, flooding the escarpment with rosy pink light. Perched on top, near the old butcher shop and across the road from the long-gone garage, is Lindenow’s old town bakery. This was the heart and soul of this little country town near Bairnsdale, 330km east of Melbourne. It is now called The Long Paddock, a café/restaurant full of mismatched, mid-20th-century furniture warmed by the old Scotch oven that is now used to roast meats and bake cakes.

It is owned by husband-and-wife chefs Anton Eisenmenger and Tanya Bertino. Tanya was born and raised in Lindenow, a small farming community. Anton was raised in Brisbane. They met in Melbourne and between them they have cooked in some of the best restaurants in Australia and around the world. The list includes Ledbury in London and The Botanical and Vue de Monde in Melbourne. A few years back, they left the frantic pace of fine dining in the city and returned to Tanya’s home town. They came back to look after her family and raise one of their own. At first they thought they might start a business in the regional centre of Bairnsdale, until they took a look at the cafe in Lindenow that was up for sale. ‘We discovered there was an old wood-fired Scotch,’ says Anton. ‘That made us really think about what we wanted to do.’

They decided they wanted to cook the food they grew up with and love. Food to nourish the locals. The menu is as simple as it is beautiful. There could be seasonal dishes such as asparagus served on fresh, house-made curd with hardboiled egg and breadcrumbs grated over the top, or beef slow cooked in the wood-fired oven alongside well-executed patisserie such as nut and chocolate cake slathered in ganache, or a perfectly set lemon tart. The shelves are lined with jams and conserves and the benches are groaning with baked goods. Here Anton is happy to make his own corned beef for his excellent corned beef sandwiches.

The Long Paddock is one of the busiest eating destinations in Gippsland. ‘When we first arrived people gave us so much support,’ says Anton. ‘They would drop around their excess fruit and vegetables for us to use in our kitchen. Being part of the local community is so important. It is such a good feeling.’